The latest song released from Lady Gaga and Ariana Grande, “Rain On Me,” is killing but seems to be loaded with a lot of stuff in it to watch in the lockdown.  Ariana Grande is … 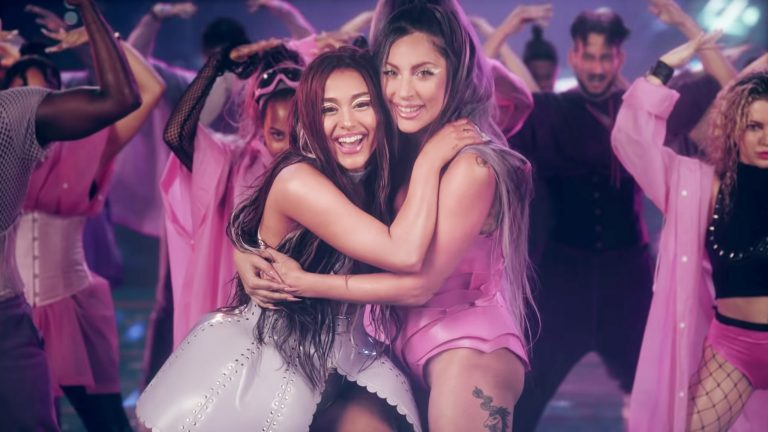 The latest song released from Lady Gaga and Ariana Grande, “Rain On Me,” is killing but seems to be loaded with a lot of stuff in it to watch in the lockdown.

Ariana Grande is in super form in partnering with co-singers as far as we see. Last week it was with Justin Bieber’s “Stuck With You,” and it set fire to Youtube. All with its 46M views just in 2 weeks. And now its been with The Lady Gaga with her “Rain On Me” and it is clearing the records with 20M views just in 24hrs. Yes, and their combination is the song is crazy with alternative appearances of both the singers.

The alternative appearances of the singers are like a competition between both top singers in a single video. The specialty of the duos is the response the song receives once the song is good. Because it comes from the fans of both crazy singers of the era. The classy Ariana’s fans and the massy Gaga’s fans took the video to the top.

The video is all with a 3 min 9 sec of craziness packed in a video. And it is written by seven songwriters and structured with four producers. However, the song starts slowly with Gaga but boosts with Ariana’s entrance into the song and leaves the end with a massive impact.

It was a great improvement from Lady Gaga’s last song, “Stupid Love.” It significantly took a major curve from that song to this song. The Battle between the two girls went very well, and the song became a hit of its kind. I loved to watch the video song and hearts went to watch it again and again.

In Poland, a drunk man jumps in to a confined area in a zoo, and attacks a bear in front of every vistor…