Gadgetsblog
HomeEntertainmentAriana Grande is going to her fans a Sweetener tour documentary this 2020! 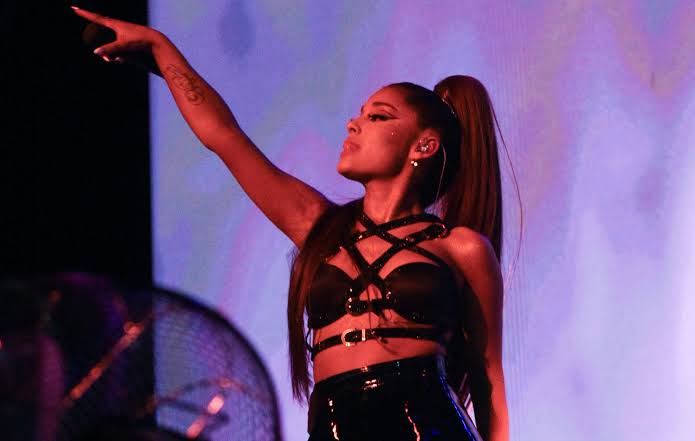 Ariana Grande is going to her fans a Sweetener tour documentary this 2020!

2020 may not have been the best year so far but the news that Ariana dropped has certainly given fans a big smile on their faces. Yes, Ariana is taking fans on a tour with her again through her documentary.

Recently, Singer Ariana Grande was on a world tour for her newly released album ‘Sweetener’ The songs as well as the show were a massive hit and the recognition was on a global level. The ‘Sweetener World Tour’ had 100 shows, last one being in LA at the end of 2018.

According to the source, Grande was followed to each and every show and the cameras recorded every single detail from her on-stage action to the behind the scenes fun and her travelling moments.

Ariana wanted to share her experiences with the fans so the ones who missed out on the show could get to see it as well as the ones present could relive it. One of the intentions behind this documentary was to give a raw idea of how hard this glamorous life could be.

One thing that is yet unpredictable and pops up a question is the platform on which the documentary will be available. While various platforms are showing interest over it, Netflix and YouTube stand first in line as they are willing to bid the highest. According to reports, Netflix has already put up an offer for millions of dollars and don’t think YouTube would not have something better to offer.

Well, we just hope that we enjoy this documentary as much as we enjoyed the ‘Dangerous Woman Diaries’ filmed by Alfredo Flores. Ariana’s various advisers have been working on the documentary, including her dearest Scooter Braun. We hope that this heart-warming experience will make us happy very soon.