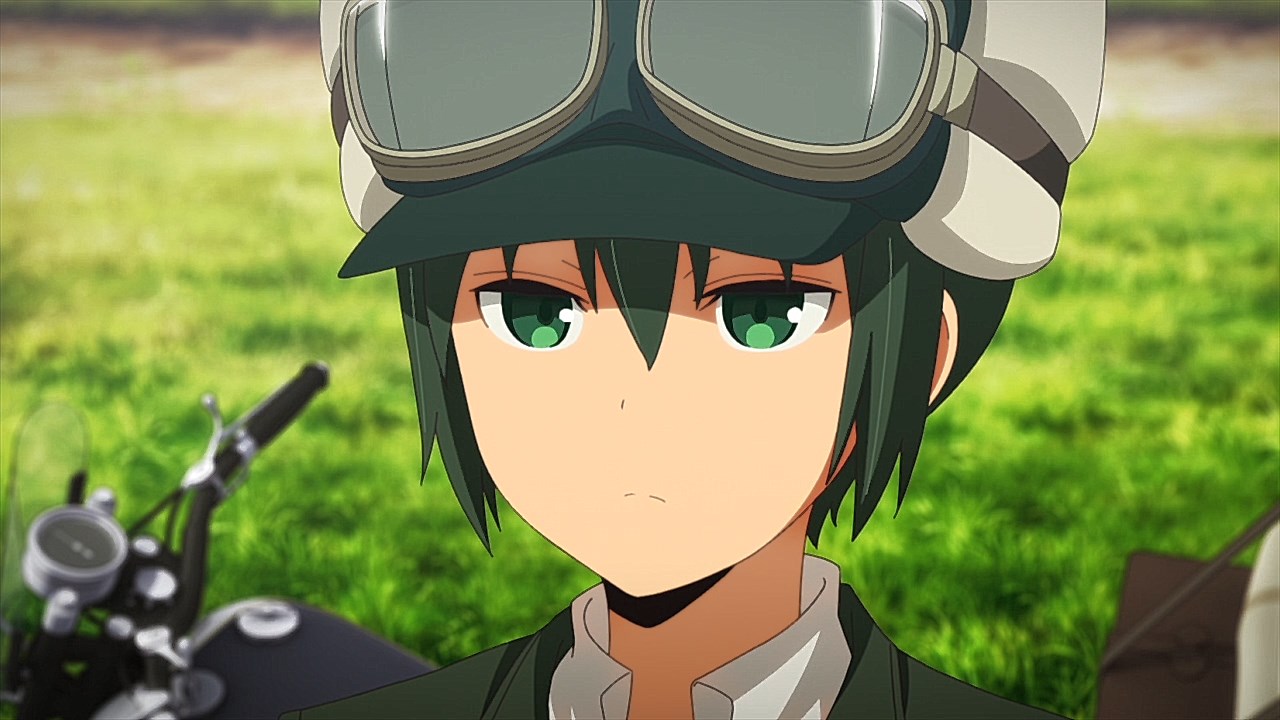 Anime shows have a beautiful way of holding up certain social issues and stereotypes, and one of them is an anime trap. Anime traps are used in the case of guys when they do not showcase strong masculine features or characteristics in their personality and are more towards the soft, feminine side. The same goes for women. Women in the anime world, who feature male or masculine characteristics are also coined with the term,’ anime traps ’. Though in the case of females, the term Reverse trap is also used quite often. Now you might think, using words like anime traps is quite rude to describe people who do not fit into the stereotypes in our society, Yes you are right. We very much agree with you. But still, in this article, we’ll keep using the word ‘anime traps’ since that is the word well known among all anime viewers. Please note, we do not wish to hurt or offend anyone in any way.

Here is a list of the best anime traps of all time: 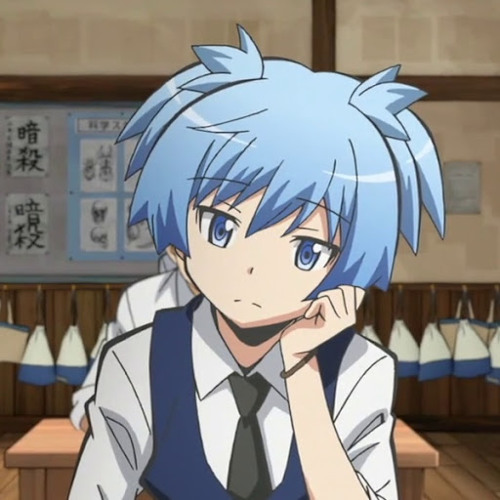 Shiota Nagisa is a popular personality among anime traps. He is a student in Korosensei’s Class 3-E of Kunugigaoka Junior High School and the main protagonist and narrator of Assassination Classroom. Nagisa is a petite-framed boy with blue hair and azure eyes. His hair reaches down to his shoulders because of which he is often either mistaken as a girl or made fun of and poked by people. He used to tie it in a ponytail, until Kaede styled it for him, just like her. As the story advances, we get to know the real reason behind his appearance, and how his mother was abusive towards him, and always made him look like a girl. 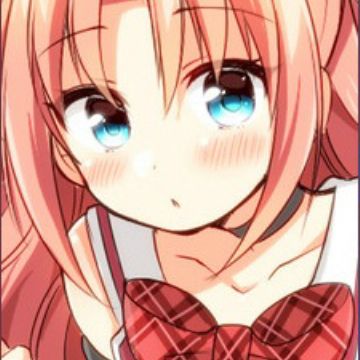 Hime Arikawa from Himegoto is another such character from the list of anime traps. According to the story his parents had taken pretty huge loans and therefore he feels compelled to pay them back. The student council agrees to pay his debts, but then there is a big catch. He has to attend school every day, dressed as a girl. He is a young man with bright pink hair and bright blue eyes. At school, he is seen with longer hair, using extensions, with red ribbons tying together as pigtails and he wears a schoolgirl’s uniform. Although he resents this, sometimes it also makes him question himself regarding his masculinity. 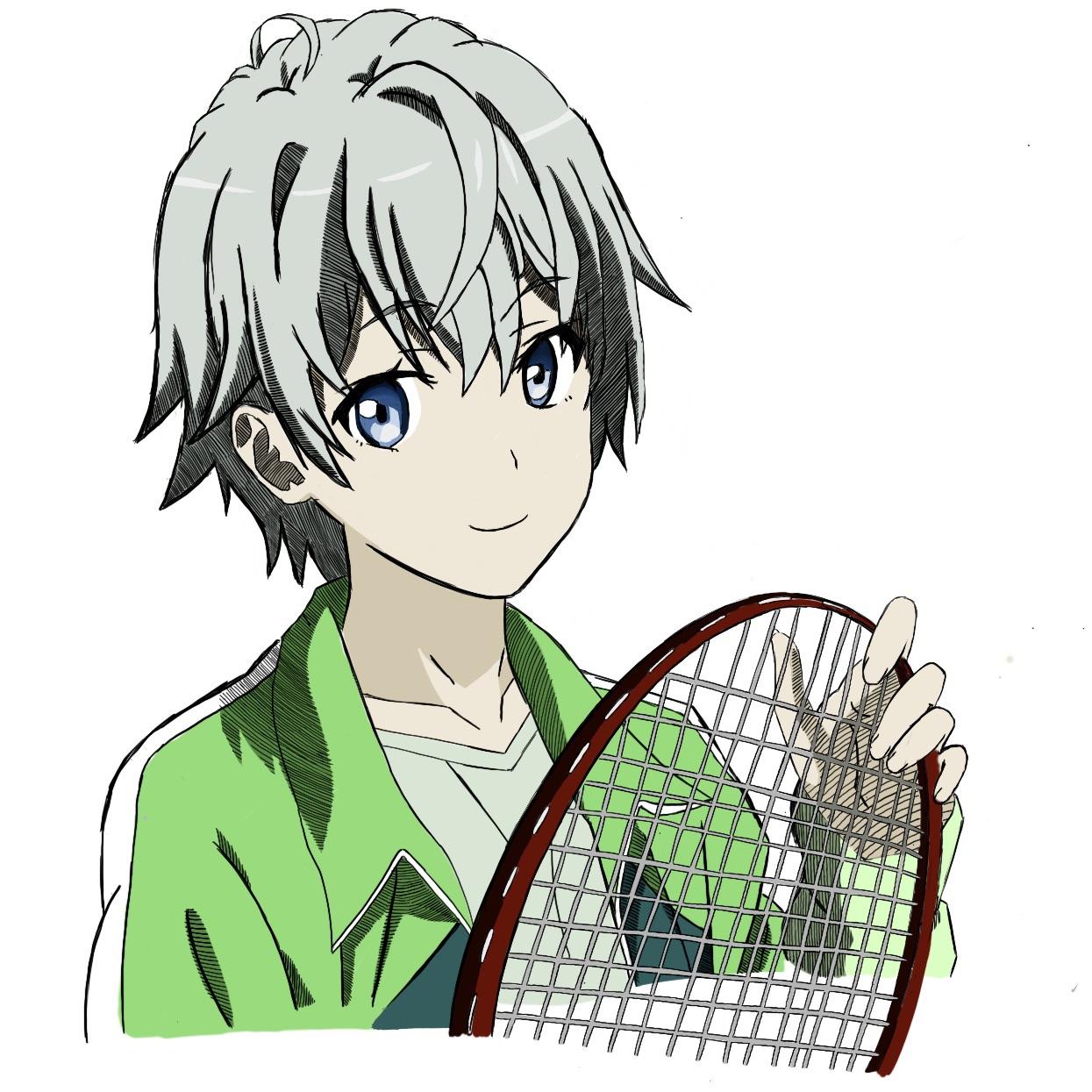 Next on the list of anime traps, comes Saika Totsuka.  Saika Totsuka is a boy. He has short, light grey/silver hair, large, sparkling blue eyes, and a light skin tone. He tries to act as manly as possible but his soft nature and female-like appearance confuse Hachiman, the main character of ‘Oregairu’, who often thinks of Saika as a girl. This mistake has often occurred in the series, in fact, it has happened to the extent where you cannot just ignore it anymore. 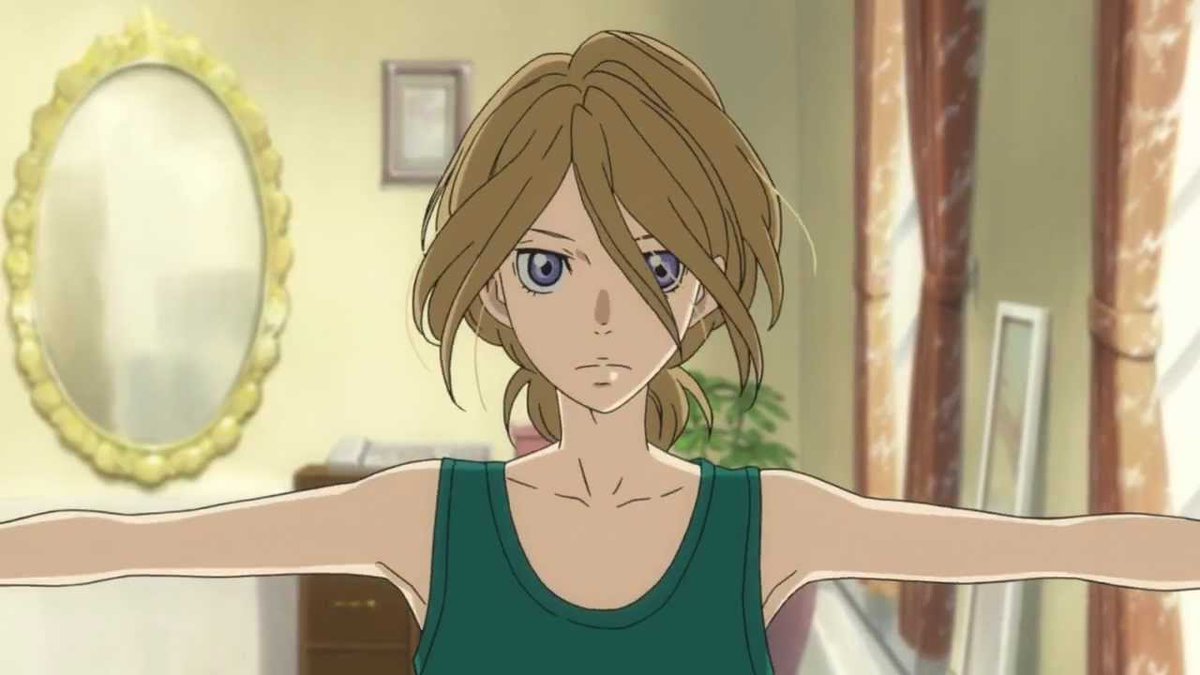 Next on our list of anime traps is Kuranosuke Koibuchi from Princess Jellyfish. Kuranosuke is a crossdresser and is more often than not seen wearing women’s clothing and makeup. Throughout the seasons, he appears in a huge variety of fashionable outfits and several wigs. Throughout his life, Kuranosuke was very popular for his good looks and did very well when it came to his romantic life.  Kuranosuke was born from an adulterous affair between the Japanese politician, Keiichiro Koibuchi, and an Italian diva, Lina. He lived with his mother and gained his love of fashion from her closet full of beautiful clothes. When he grew old enough, Kuranosuke was sent to live with his father’s family, and he has not seen his mother since. He is constantly trying to find his mother, hoping to see her beautiful wardrobe once again. He is very much into fashion. 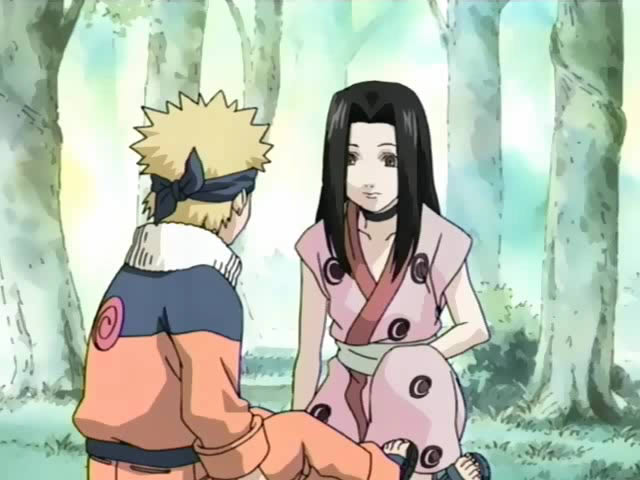 Coming fifth on our list of anime traps is Haku from Naruto. Haku is an orphan and a descendant of the Yuki clan. He is a 15-year-old boy with an androgynous appearance. He has feminine looks and is even viewed as being beautiful by Naruto, who was in admiration of Haku’s looks and once exclaimed that he was even “prettier than Sakura“. He had long black hair, pale skin and large, dark-brown eyes, and a slender frame. 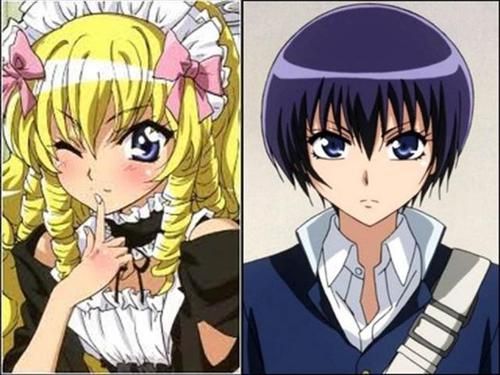 Aoi Hyoudou is the next on our list of anime traps. Aoi Hyoudou is a character playing a supporting role in Kaichou Wa Maid Sama- a romantic comedy and probably the best from this genre so far ( if you are a fan of comedies and have not yet watched it, we highly suggest you do, you are sure to love it). He plays the role of the nephew of the manager of the maid cafe, where Misaki used to work. He has feminine features like beautiful large, blue eyes with long lashes. He has dark purple hair cut in a bowl cut. When he is in his Aoi Chan idol look, he wears a blonde curly wig and an old dress that belongs to his aunt, Satsuki, totally changing his appearance to that of a female. Aoi Hyoudou is short-tempered and not very good when it comes to matters of the heart or feelings. He enjoys the attention he gets when he is dressed in the form of a female, and really likes to play with the feelings of men. But much to his dismay, over time his voice starts to change from the feminine one he had, to a more manly voice. 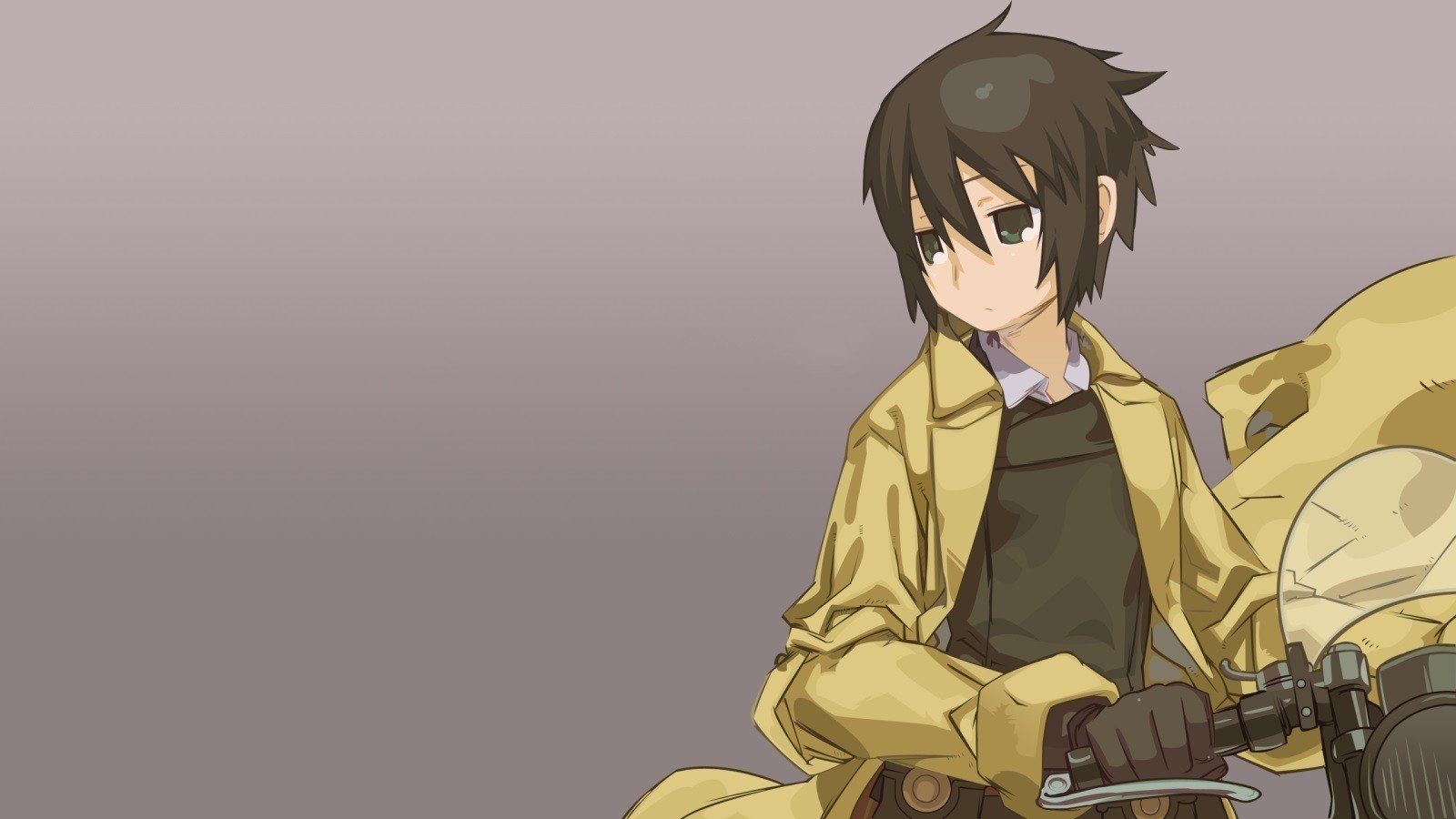 Finally, we have Kino from Kino no Tabi: The Beautiful World as our last but not the least character from our list of some popular anime traps. Kino no Tabi: The Beautiful World is one of the most beautiful anime series you might ever come across. The story is all about a teenage girl, Kino who is a markswoman. Kino is seen traveling around on her talking motorcycle which she calls Hermes. She has short, somewhat spiky hair and is good at using guns and other such weapons. People often question her gender and find it hard to believe that she is a girl.

Astolfo is the greatest anime trap show with a long of the time. you will be surprised when you know that he has a gigantic dick but he always dressed like a girl and lived like a girl, which was very strange. 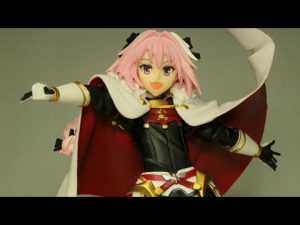 Assuming that there is an Astolfo in the show who hangs well above it and during a scene in the Apocrypha when he turns upside down in which he is naked after that she shout very loudly and to see his penis In the next scene Astolfo says something like “She knew I had one, why was she surprised?” I see it when I had seen this as Jeanne being taken aback by the pure size of it.

So, yes. That is it. That was our list of some of the best anime traps of all time. Of course, there are many more, these are just a few of our personal favorites. If we have missed out on some anime traps that belong to your favorites list, do let us know in the comments down below.