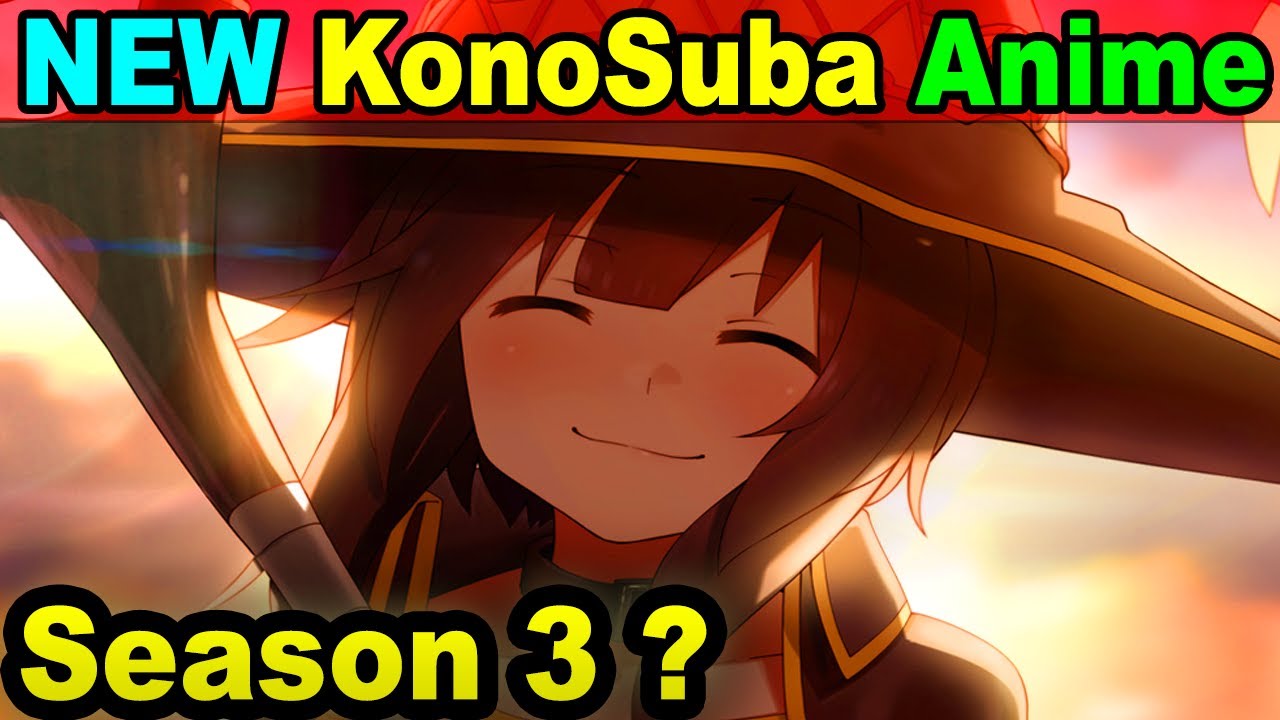 Konosuba is literally“A God’s Blessing on this wonderful world” is a Japanese light novel series written by Natsume Akatsuki. It has 2 seasons now, Konosuba Season 3 is on its way. This series is originally serialized as a web novel on Shosetsuka Ni Naro between December 2012 and October 2013. Konosuba was published as a printed light novel series by Kadokawa Shoten. The light novel series features a divergent plot and illustration by Kurone Mishima.

Konosuba is a Japanese anime that is based on a light novel series by Natsume Akatsuki. This is a very good comedy anime series In this series, there is a boy who met with his untimely death and after that, he was sent on a fictional MMORPG world. The fans of this anime series are waiting for the next season for four years and so far no official announcement has come.

Konosuba was written by Natsume Akatsuki and this series genre is about comedy, Romance, and so on in this series. The music was composed by Masato Koda. The series has been licensed by Madman Entertainment and Medialink. An anime television adaptation by studio den aired in Japan between January and March 2016.

The second series of Konosuba was aired between January and March 2017. A light novel series, Kono Subarashii Sekai ni Bakuen o, started publication in July 2014. The author also wrote a side story featuring Wiz and Vanir. The web novel’s plot from the sixth volume onwards and also changes to the character’s age. The final book in the series contains 17 volumes with more information for the future development that the teased. 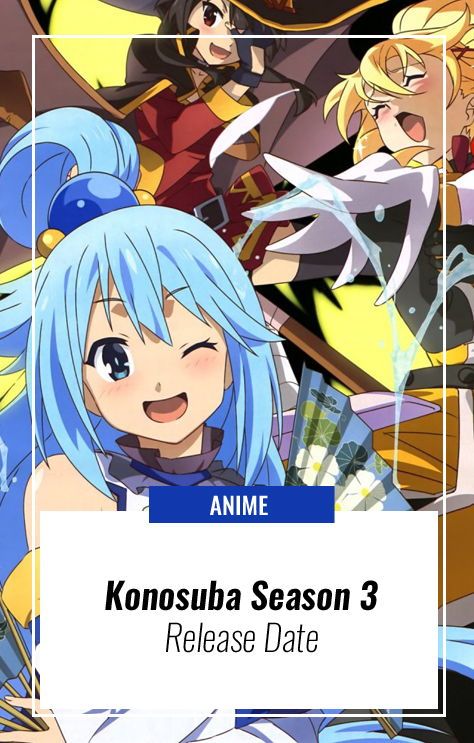 In June 2018,  the film adaptation was announced to be in development at J.C.Staff.The film is titled Konosubha: God’s Blessing on this wonderful world; crimson legend and it premiered in Japan. A visual novel adaptation for the PlayStation Vita. A radio drama CD, featuring a different voice and cast to the animation, was released by Hobi Records in March 2015. A second season drama CD along with an original soundtrack by gouda Masato and the character song album was released in March 2017.

Konosuba anime has received a lot of positive reviews for its comedy, Parody of the isekai genre, and a faithful adaptation of the light novel. The funniest episodes of anime I have seen Monthly girls Nozaki -Kun since aired.

In 2016, the anime was voted as the tenth-best TV animation in the Newtype 2015-2016 Awards. Konosuba has also finished runner-up for the best comedy in the animation awards 2016. Konosuba is an excellent isekai comedy anime series with a lot of fun characters and extraordinary voice acting, and we will get the Konosuba season 3 announcement? 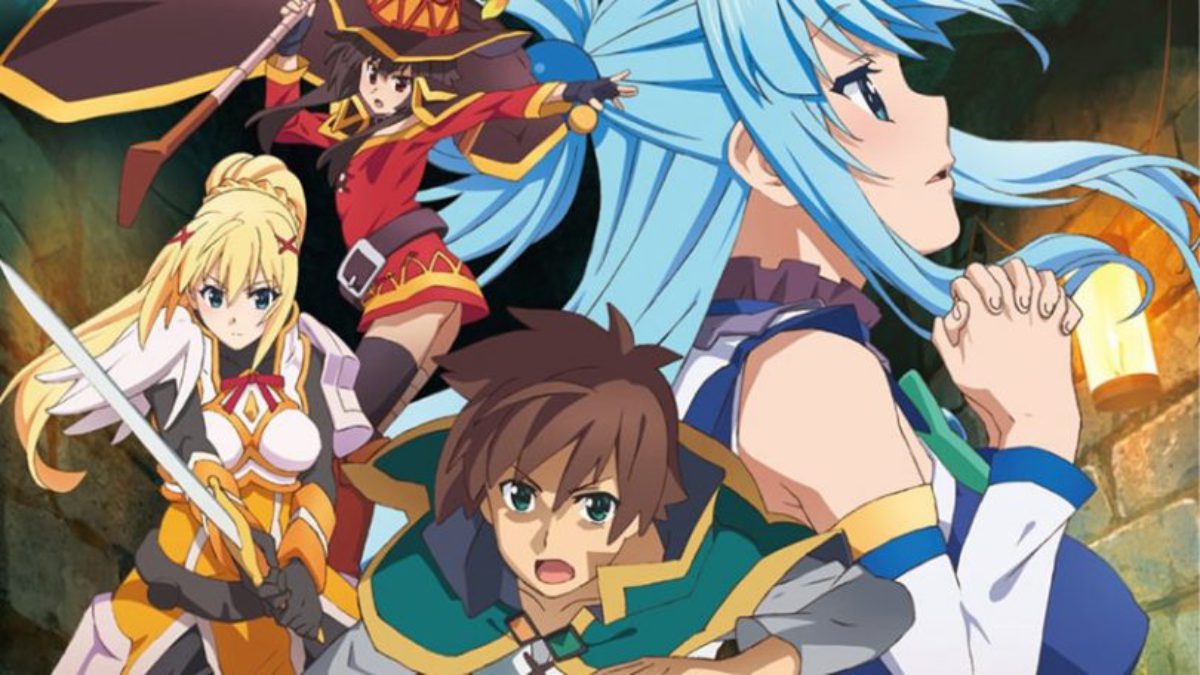 The main problem is there is no official announcement of Konosuba season3. Still, there is no official news about season 3 also we don’t know the chances are that another season of Konosubaa will get green-hit. Most of the new anime series are adaptations from existing source material like manga, mobile games, visual novels, or light novels. The most critical factor for the source material is to check out.

Also, there to check how many volumes are there in the Light novel to be used so far for the Konosuba season 3. That didn’t happen yet anymore because there is no source material left to use after the first season. The spin-off series is continuing to go on the author said, he plans to continue to write more stories for Konosuba in the future, to entertain all fans who are all eagerly waiting for the next season.

We cannot able to judge all the rumors and critics there is some research based on the series currently from the source of the material the answer for the biggest questions are ” will be there season 3 for Konosuba”.

After the collection of so many details from various sources, we gathered some conclusion that is there are 99%  chances that Konosuba season 3 will come soon. But we cannot say the exact date month and year which is going to be released, maybe late in 2021. It will break a lot of hearts if the release date will be shifted to 2022. 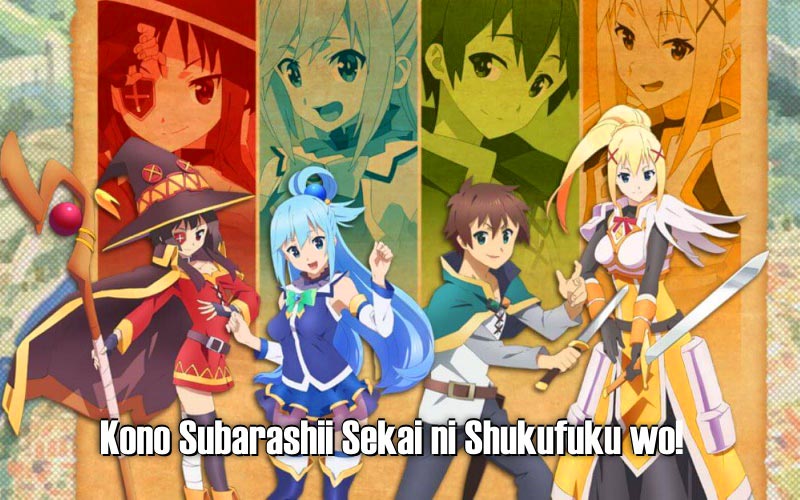 Cast and character of the series:

Konosuba Season 3 trailer is not still available yet. We will update as soon as possible as the trailer or any other information is announced. There is a short video of the Konosuba series.

There are many rumors that season 3 would release in 2020 but, the sudden pandemic situation of COVID-19 caused the production of season 3 to delay. The latest production industry has confirmed that Konosuba season 3 is returning in 2021.

The narrator follows the humiliating passing. Kazuma a J Japanese Maverik high schooler kid away from the society, meets goddess Aqua she offers him a resurrect him in an equal world with an MMORPG.

Despite the fact, that he accepts all his superpower things and capacities to utilize in the new world. Because of some issues, Kazuma takes the Aqua with him to the town of Axel discovering her distracted. Then, she wants to come back so she needed to overcome the devil king. Otherwise, she will not be able to come again. They both structure a group including with other two individuals into the series. As the second season of Konosuba, it has premiered for the first time in January 2017. At last in season 2 all the fans are started waiting for the third season. The creators of the series have a great plan for the Konosuba season 3.

After the great success of the last seasons, Konosuba season 3 is eagerly awaited by the fans. The first two seasons were premiered in 2016 and 2017. And now we are waiting for the third season to come. The third season cannot consider as the final season of the series. Because there is yet a proper conclusion for the series. Last season’s end was kept with a cliffhanger, so there will be next season to come.