Gadgetsblog
HomeHollywoodTom Hanks warns that Covid-19 will wreak havoc on your ass!!Read it now for more updates! 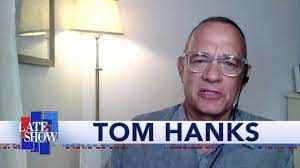 Tom Hanks warns that Covid-19 will wreak havoc on your ass!!Read it now for more updates!

Tom Hanks talked about the symptoms of Covid-19 after found himself positive with the virus in the month of March. Oscar-winning actor Tom Hanks and his wife Rita Wilson found positive and now after they recover from the virus, he shared his experience of recovery.

Hanks said he feels like his bones were made of soda crackers. 63 years old star had different symptoms when they contacted the virus in Australia.

In a recent Interview of THE GUARDIAN, he told it was while when he was traveling from the US to Australia for an Elvis Presley biopic. The tragedy happened there and he even did not know about this first.

Now that he and his wife returned from Australia, he thanked everyone who helped them to fight against the virus.

‘Thanks to our friends Down Under who guaranteed our safety and saw us through,” Tom told Ally Langdon after she jokingly called him ‘Australia’s most famous COVID patient”.

His new movie Greyhound will now release on Apple+ instead of releasing in theatres due to this global pandemic. Tom played the role of Commander Ernest Krause the naval officer on his first mission in World War Two.

Symptoms of Covid-19 in Tom Hanks:

On Tuesday night he did chit chat virtually with Stephen Colbert on The Late Show and shared the experience how he felt while battling the virus.

He added,” I had a bone that was made of soda crackers. Every time moved out I felt something was cracking inside of me.” He also explained he had a sore butt. He went through from a rough time when he was suffered fro covid-19. And now he is requesting to every people to wear masks and take precautions while going outside and stay away from virus.

Tom Hanks urging everyone to stay safe and wear masks.