Gadgetsblog
HomeEntertainmentAwards Ceremonies, on the Other Hand, Have Been Known to Be a Curse Rather Than a Blessing. 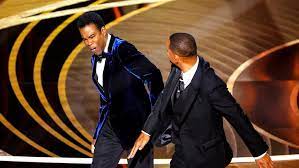 Awards Ceremonies, on the Other Hand, Have Been Known to Be a Curse Rather Than a Blessing.

Most of you reading this right now might be aware of Oscar’s 2022 incident. The Oscar Awards are organized every year for appreciating artistic and technical merit in the film industry. So like every year this time also they were organized on the 28th of march. But what was so special about Oscar 2022? Why has it been very hyped? Let’s know why. 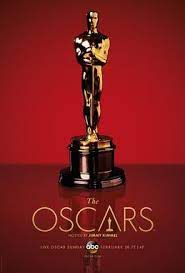 Oscar Awards were held at Dolby Theater in Los Angeles. This night was supposed to be a memorable one for those who were nominated for the awards, and for spectators, it was meant to be a fun night. But this night was full of thrill, confined to the best and worst moments.

There were worth a watch moments too. The show was opened by famous singer Beyonce. According to the reports, there were also other memorable moments. But there was one moment that created history in front of the world. It was not expected by the academy nor by onlookers. Famous comedian Chris rock joked about, Will Smith’s wife.

Chris Rock made a joke about Jada Smith’s bald head. This is when Will got off his seat and slapped Chris. The slap was heard globally and become the slap of history 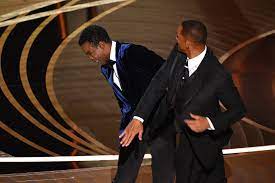 Further Will added that Chris should never have made a joke about Jada’s disease. And this incident made the night historic. Chris Rock made a joke about baldness. So that was an inhuman thing, even if it was done for fun purposes. Jada has also mentioned how she was struggling with alopecia and autoimmune disorder. leading to hair loss.

Later it was found that Chris Rock said he would not talk about the slap until he is paid off. He says this is a show in Indio, California. Will also received an award for best actor, after the slap.

It was found that Will Smith apologizes for his behavior. He feels sorry for slapping a person on international television. He defends himself by saying that the slap came out of emotion and he publicly apologizes to Chris Rock. He also apologizes to Academy and all the attendees. All this depicts that Will felt pity for his deeds

IMPACT OF INCIDENT ON SOCIAL MEDIA

After the incident, the whole social media was flooded with memes and posts about the incident. This led to negative comments about the events. Every meme and every post indicated the slap and the slap received millions of views. Videos of whole incidents were splashing and videos of Will apologizing also flourished.

WHAT CONSEQUENCES WILL SMITH FACE AFTER THE INCIDENT?

This was a serious incident and it had its consequences. Chris would have filed a complaint against Will but luckily he did not file the complaint. Also, Will would not be allowed in Oscar awards from now on, despite his apologies.

This could have turned disastrous if Chris had complained. Will Smith would be banned from Oscar ceremonies and events for 10 years for slapping Chris Rock.

WAS IT EVITABLE -SLAPPING CHRIS?

Do you think slapping someone on live television was right?  From all that is being gathered and reported, we can say that Chris Rock should not make a joke about someone’s health condition. No one knows what the other person is going through. It is similar to making fun about making fun of a disabled person.

Fooling about someone’s baldness is not at all evitable even done for fun purposes. So Chris rock and every comedian should know about their boundaries to joke and make fun of. Even what Will did was not quite appreciable.

No one is allowed to do such a mistake publicly that too on a live broadcast. He should have said it peacefully, instead, he choose violence which lead to destruction.

The 94th Academy Award would be remembered forever by the world

WAS THE INCIDENT PLANNED?

So we can conclude that violence is not the only answer. Will could have talked peacefully and all this would not have occurred. Right now if we say social media, new sites everything is flooded with this thing. The reason is the stupidity of Chris about making such a joke and Will’s hastiness in slapping. So think and react

The preshow hosts were Ariana Debose and Lil Rel Howery. The best picture was awarded to Nomadland. The ceremony was televised in the United States by ABC and was produced by Jesse Collins, Stacey Sher, and Steven Soderbergh. The event was directed by Glenn Weiss.

WHAT ARE OSCAR AWARDS?

They are also known as the Academy Awards and are regarded as the most prestigious awards in the entertainment industry. They are given by the Academy of Motion Arts and Sciences, the awards are an international recognition for good works in cinematic achievements. It was first awarded on May 16, 1929.

The award was originally sculpted by George Stanley. The first ceremony was broadcasted on radio in 1930 and was televised in 1953. A total of 3140 statuettes have been awarded since its inception in 1929. The five major Oscar awards are Best Picture, Best Director, Best Actor, Best Actress, and Best screenplay.