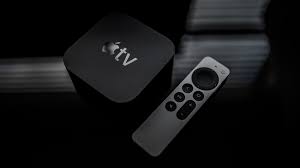 From a small kid to a elder person, everyone in this world is familiar with the company Apple. It is seen everywhere and in countries like India, its consider a prestige. They say,’ if you have an iPhone, you ought to be rich.

Apple Inc is an American multinational company that deals with electronics, software, and online services. It was founded on the 1st of April 1976, in Los Angeles by Steve Jobs, Steve Wozniak, and Ronald Wayne. Currently, Apple is served worldwide and its present CEO is Tim Cook.

WHAT IS YOUR FAVOURITE STREAMING SERVICE? 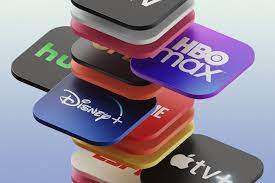 Everyone must be answering in their minds right now, and it turns out that most of your’s favorite services would be Netflix, Amazon Prime, etc. Only a few out of the whole audience, reading this must be aware of Apple TV +.  It has now become popular worldwide. Apple is now ruling the video streaming world, unlike the IT sector.

WHAT IS APPLE TV+?

It is a video-on-demand online streaming service which was launched in November 2019. It initially started with nine titles, with various episodes to watch. The basic rate for Apple Tv Plus is five dollars a month, which is quite lower than other streaming services.

The service can be streamed through apple websites and apple devices and also through smart televisions. In starting it operated in 100 different companies. Moring’s show turned into a popular show on Apple Tv in its initial period. The Apple tv plus 2021 version comes with 32-gigabyte storage and 64-gigabyte storage. It also has an A12 processor

WHY HAS APPLE TV PLUS GAINED SO MUCH POPULARITY?

Recently Apple Tv plus is gaining popularity. It also streamed an Oscar-winning film CODA. Apple produces more of its original content and has piled up almost five dozen titles since its launch. It is available in 4k HDR and Dolby vision. If you are a fan of theater feel you should surely subscribe to it.

It also offers Dolby Atmos sound. The basic charge for a subscription is just five dollars which is quite lower compared to other streaming services. And also if you are not an Apple user then you can use it, as it provides its service in much smart television.

It also releases episodes one at a time, so it does not provide the facility for binge-watching. It turns out to be a blessing for those who believe in saving time. The content sounds excellent and has an HD view too. For those who are enthusiasts of home theater, apple tv is a blessing, as it provides a Dolby Atmos soundtrack.

It has covered mostly all genres from documentaries to dramas to sci-fi, kid shows, and much more. It also has an A12 processor. It comes with a Siri remote and the content and layout turn out to be excellent. You can keep track of different content you have watched. The navigation is quite easy and it becomes very easy to find the stuff we are looking for.

Apple tv plus is free for 3 months and also free 7 days trial. Its monthly subscription is just 99 / a month which is quite low when compared to other services. If you don’t have an Apple device then it can be viewed from smart television of various companies like Samsung, LG, Sony, Roku, and much more. 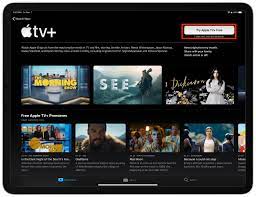 This is how the window of the Apple tv looks. The content and shows available are easy to find.

So Apple tv is quite handy and easy to use. If you are a fan of Dolby Atmos sound and HD view then you should subscribe for this. This is quite cheaper when compared to others. But if are a binge watcher and you like to watch the various shows then it is not quite helpful. This is because the content provided is quite limited.

HOW TO ACCES APPLE TV+?

You can sign up and watch Apple tv plus content through the television application, which is available on iPhone, iPad, Apple tv, and the mac. It is also available on various game consoles, smart TVs, Roku and Fire tv, and much more. However, the experience would differ from device to device.

CAN IT BE WATCHED BY NON-APPLE DEVICES?

The answer is affirmative. You can watch TV apps as well as smart TVs of companies like Samsung, Sony, LG, and much more. You also watch using the web using safari, chrome, or firefox.

HOW MUCH DOES APPLE TV+ COST?

Apple tv costs only dollar 5 per month and that also includes family sharing. So this makes it the least expensive streaming service, while compared to others. It is also available in yearly packages which cost 50 dollars a year.

DOES APPLE TV+ HAVE A FREE TRIAL?

It has a 7 day f7-dayrial. And for a limited time, three months free trial package is also available.

DOES APPLE TV PLUS HAVE ADS?

No, apple tv plus is advertisement free. Though the trailer would be shown before the show you are watching but no ads. This feature is similar to other streaming devices also.

CAN EPISODES BE DOWNLOADED?

The answer is affirmative. You can download the episodes whenever you want. This allows you to watch episodes offline and you can enjoy streaming while you are offline. This feature is quite similar to other services also.

It does not place any limits on the number of downloads. But Apple tv does not allow downloading of apple tv + content on the Apple tv nor does it allow it on any smart tv or when watching through the browser. But you can download it when you are streaming through iPad, iPhones, and Macs.

The download would be available for 30 days and after that, it would be removed automatically.

Apple tv plus allows six simultaneous streams at once. Multiple family members with family sharing can stream their content at once.