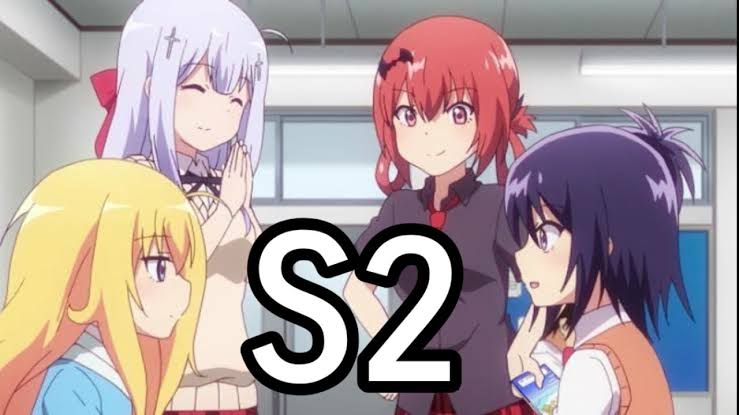 The series has a decent rating of 7.1 on IMDB. The plot of the series is unique and fascinating. The series opens with the picture of a school in heaven. After graduating from the same school, angels are sent down to Earth, where they have to learn about humans. After learning about the humans the angels must guide them towards the correct path and in no way they can misguide or mislead them. To become true angels, they have to perform the task. However, Gabriel White Tenma, the main character of the series and the top angel in her class, becomes obsessed with video games. When she arrives on Earth she couldn’t perform well and turns into a complete slacker as a result. So, the whole story revolves around Gabriel, along with other demons and angels who have come down to Earth, as they attend high school. Will there be Gabriel Dropout Season 2 or not? 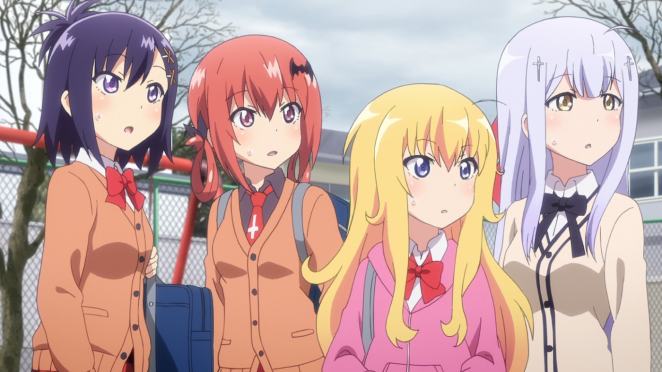 Gabriel Dropout  Season 1 premiered on January 9, 2017. Season one of the series ended on March 27, 2017. It has featured a total of 12 episodes and the first season of the show covers all four volumes of the manga. It is known that only six volumes of the source material have been published yet which indicates that the production house of the anime series will have only two volumes in hand and will certainly need at least two more volumes for creating another brand new season.

The storyline of the anime series is nothing much of a linear type nor complex in nature. The plot is pretty understandable here. The whole season has 12 episodes with multiple small stories added together to bring in a continuous flow to the overall story of the Japanese manga series.

But ‘Gabriel Dropout’ ’ is distinctive and unique in nature and that’s complete because of its characters who entirely drive the story of the show through their hilarious antics. The personalities of the characters are also far way different from what we expect from them. The main protagonist of the series, Gabriel who is supposed to have some kind of strong angelic traits don’t possess any such characteristics and is actually quite clumsy and laid in real. Even the so-called villain of the show is just a harmless person with sinister intentions and is quite foolish in nature.

The runtime of all the 12-episodes is short. Season one of the show is more focused on character established and wisely introduces the characters and invested more in evolving the relationships between them.

The main motive behind the series is to make the audience laugh. A comedy-drama mainly inclined on creating hilarious scenes. Many shows fail to do so because of their lack of context and also their negligence towards having a proper build-up that leads to a funny situation. The series ‘Gabriel Drop Out’ really did well and managed to bring lively scenes with its humor by putting a lot of emphasis on forming and developing the characters.

Overall the fans are pretty much happy with season one of the series and everyone should give it a shot. The storyline is both intriguing and hilarious at the very same time.

Since the jokes are funnier than expected due to the presence of context in them, the show has got a structure. All this combined with DogaKobo Studio’s clean moe-art style makes it one of the best anime shows in the genre.  If any of you feel bored of watching the same action/thriller anime series and want a pinch of twist and fun in the series then go and watch Gabriel Dropout. The manga series can give you a good laugh. 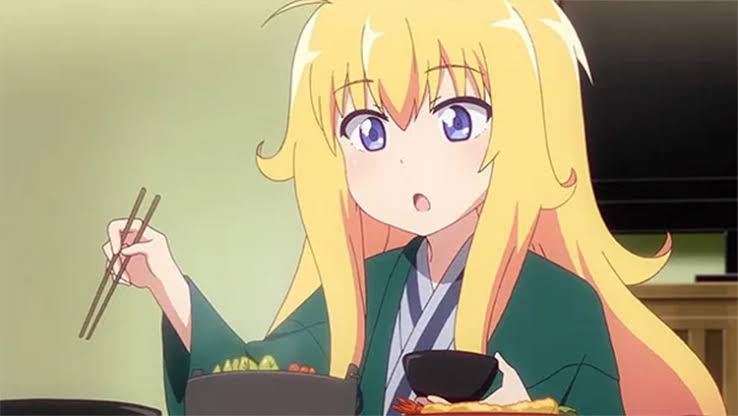 In the previous season, we saw that the gates of heaven open up once every year. It sends down on Earth its angels once a year to study amongst living beings to get a better understanding of the world they live in. To become full-fledged angels, they are bound to perform the task. Gabriel White Tenma the most intelligent student in the class is determined to become a great angel. But after some time she gets derailed and loses her focus on studies due to her newfound love for video games. Without her knowledge, she spends most of her time on games and completely ignores the human beings who need her guidance. As a result, she is now officially a “fallen angel” and finds it cumbersome to get back to her previous life and fix her mess.

Seeing a messed up Gabriel her old demon friend gets infuriated and tries every possible thing to revert Gabriel to her normal self but could not succeed at any attempt.  With time, they come across different weird forms of humans and other angels who are busy combating their own set of problems and this eventually leads to a hilarious situation.  ‘Gabriel Drop Out’ follows the life of mainly four main characters who struggle to figure out the true meaning of their lives and also find it hard to live up to what is expected out of them as angels and demons in Gabriel Dropout Season 2. 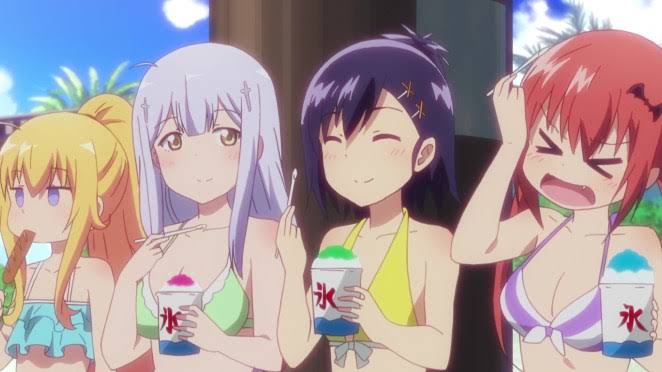