Stephanie Lazarus: Where is she now? Accused for Murder: Now Bailed? Exclusive news!! 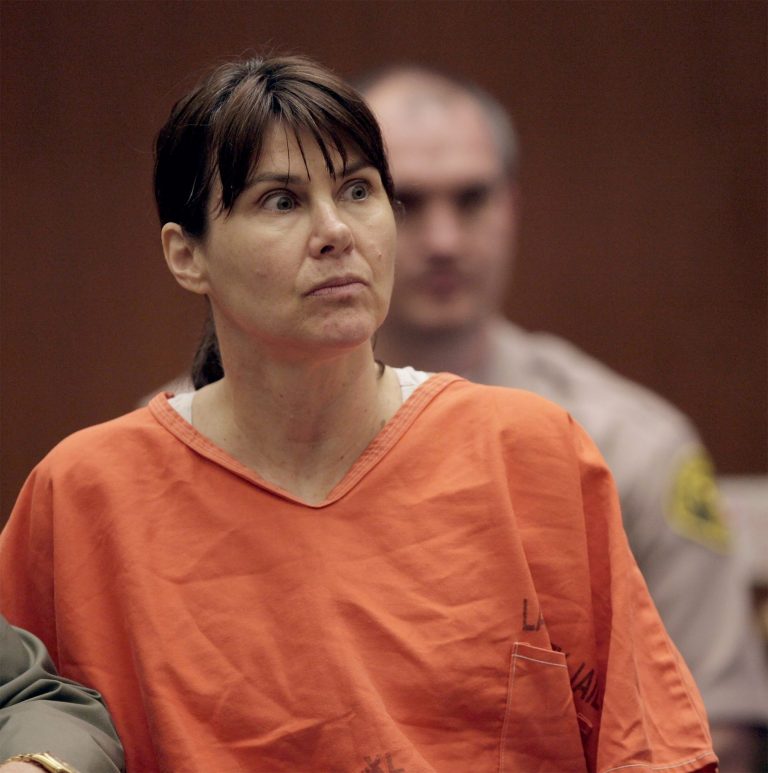 Stephanie Lazarus was a part of the Los Angeles Police Department (LAPD). She was accused of the murder of the new bride of his ex-boyfriend. Stephanie Lazarus and his ex-boyfriend John Ruetten graduated from the same college, the University of California, Los Angeles. Soon after they met, they came together in an open relationship and stayed as friends for the benefit of quite a long time. Both of the graduating students were fitness enthusiasts and had common ground in various aspects. John Ruetten pursued electrical engineering as his career whereas Stephanie Lazarus applied for Police Academy.

Their relationship was going fine until an unexpected event happened after a few years. The incident flipped their lives upside down. As a result of the incident, Stephanie got into jail and John Ruetten lost his bride. Yes, you got it right, it was a murder; murder of the new bride by the ex-girlfriend who couldn’t control her emotions of rage and jealousy. It was the 1980s when John Ruetten met another girl with whom he fell in love instantly. The name of the girl was Sherri Rasmussen and she was working as a nursing administrator. They both started their journey together as a couple soon by getting engaged within a year.

NETFLIX IS READY TO LAUNCH A NEW SHOW- TEENAGE BOUNTY HUNTERS. READ EVERYTHING ABOUT IT BELOW!

Stephanie Lazarus couldn’t accept the news as she still felt for John. She constantly asked John to call off the marriage but he didn’t agree with her. However, John was persuaded by Stephanie’s request for having sex for the last time. Later on, the very next day Stephanie showed up at Sherri’s hospital and told her about what happened last night between John and her. Sherri was startled after hearing it and was a little afraid after seeing her audacity to show up randomly and get this news.

The love triangle in the head of Stephanie Lazarus led her to complicate things even more. Soon after she also started stalking Sherri. Sherri got very suspicious of her and felt uncomfortable with all the events happening with her. She also came to their home uninvited and once threatened her by saying “If I can’t have John, no one else will.”

On 24 February 1986, the noise was heard from the argument from John’s home by a maid working in a nearby residence. John tried reaching his wife that day by making several phone calls which were unanswered as expected and he was shocked to see the garage door open and Sherri’s BMW gone along with his wife who was lying dead in the living room. No wonder how he took all the scene by seeing his wife dead in front of him lying on the floor.

At first, it was suspected that Burglary is the reason for his wife’s death as these cases were reported recently in the neighborhood where two men pointed a gun at a woman. The case was closed soon after naming it as a burglary. Sherri’s parents insisted that Stephanie Lazarus should be held as a suspect after the trial of her threats to their daughter.

Where is Stephanie Lazarus now?

The appeal for having Stephanie Lazarus was quickly dismissed as she held power as a part of LAPD. She was soon promoted to a higher position. The case was reopened in 2009 which led to a better investigation and led her to jail. The DNA testing helped the investigators to confirm that the murderer was Stephanie Lazarus. The weapon for the murder also matched her gun which she reported as missing. She reported for her gun in some other department of police rather than her own.

She went out on bail that cost her $10 million. The amount was huge to keep her in the country and prevent her from escaping the nation. 2012 marked the beginning of trials. In March 2015, she was sentenced to jail after betraying the nation for 27 years. She is still in the Institution of California for women until 2034. Her appeals were denied throughout the trials as all the evidence pointed towards her. The event took a lot of media coverage at the start of trials and it was succeeded in giving justice to the dead wife of John Ruetten.

WHEN WILL THE 14TH EPISODE OF HAIKYUU SEASON 4 WILL RELEASE? THIS OCTOBER OR NEXT YEAR? GET TO KNOW EVERYTHING ABOUT THE EPISODE RELEASE.

The life events took a toll on John. He was so disturbed after the whole incident which took place in 1986. John was still in contact with Stephanie Lazarus after the death of his wife and never suspected her of the murder. John quit his job soon after the death of Sherri and left Los Angeles. He was surprised to know that Stephanie was the reason for his wife’s murder during the investigation. He apologized to Sherri’s family for trusting the wrong person and blamed him for being ignorant. After the death of his wife, John Ruetten decided to remarry and have a settled life.

Q: What was the name of Stephanie Lazarus’s ex-boyfriend?

Q: For how many years is Stephanie Lazarus sentenced to prison?

A: She is sentenced to 27 years in charge of murder.

Q: In which year the case was reopened?

A: The murder case was reopened again in 2009 after the start of the DNA investigation.

Q: What was the case referred to as the first time?

A: The case was closed referring to it as ” Burglary went wrong.”

I hope this was helpful. That’s all about Stephanie Lazarus. Stay tuned to know more about the scandals!!!