Netflix is ready to launch a new show- Teenage Bounty Hunters. Read everything about it below!

‘Teenage Bounty hunters’ is Netflix’s new show which is based on teenage drama, the teenagers who always get into trouble or trouble finds them. Many people have watched it and they give reviews of this … 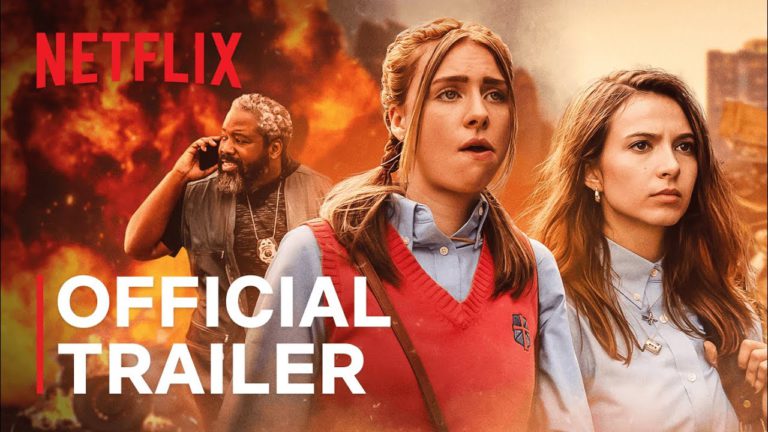 ‘Teenage Bounty hunters’ is Netflix’s new show which is based on teenage drama, the teenagers who always get into trouble or trouble finds them. Many people have watched it and they give reviews of this series. Many people didn’t like this drama because it’s common and there is not a uniqueness in this drama. Most of the people didn’t find it entertaining.

Who are the characters in this series?

The characters in the show are really good actors. Every character has their own acting level. Firstly, the lead cast sterling Wesley has the best role in this drama also he has a twin sister named Blair Wesley. Maddie Philips as Sterling Wesley, Mackenzie Astin as Anderson Wesley, Anjelica Bette Fellini as Blair Wesley, Devon Hales as April Stevens, Method man as Terrance Coin, Kadeem Hardison as Bowser Simmons, Virginia Williams as Debbie Wesley. These are really interesting casts.

This series is basically related to high school drama with comedy. In this dramatic series sterling is a model student and Blair wants to do everything she can. In this series, high school’s girl students stuck in a dangerous situation where they cover up a car accident and they wanted to impress a bounty hunter, Bowser Simmons. He is the best character in this series but he was a little rude with the girls who wanted to impress him. It is a fun and dramatic story. The whole series revolves around twin brother and sister. There is no twisting story or anything on which people can say that is the best scene ever. This show got attention after a few episodes. In the middle of the series, there are lots of fun with sterling and Blair. They both started a love affair with each other’s Bffs. Each episode has created suspense in this series.

As of this series, it results in a high conversation about race, sexuality, and gender. Well, the producer Kathleen Jordan did a great job, it is mostly liked series.

Do you want to know more about this then stay with this page, we will let you know everything.

Joe Jonas and Sophie Turner posts their first picture after the arrival of their daughter. Asks fans to wear masks!! Read to know the full story.

Dr Disrespect and PiewDiePie going to live on Youtube: Do you know why are they collaborating a live video? No then keep reading