Gadgetsblog
HomeEntertainmentHumanity and Love for dogs save the life of a giant dog found in a helpless state. The family gave him a house and lots of love. 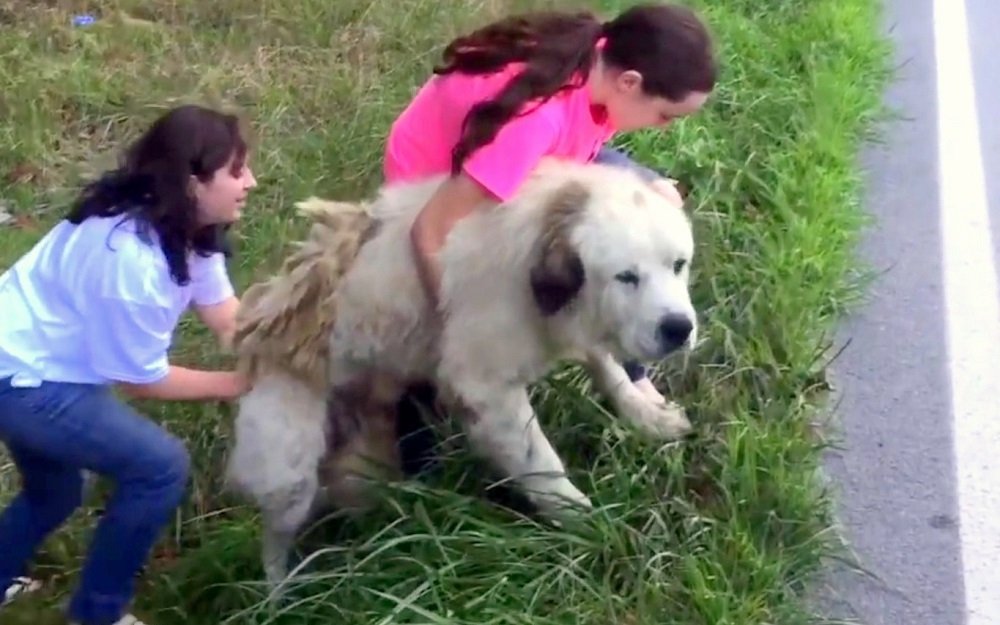 Humanity and Love for dogs save the life of a giant dog found in a helpless state. The family gave him a house and lots of love.

A big furry dog has been adopted by a family not from a dog shelter but from the streets. The savior of this dog is the Ringstaff family who came back for the poor dog. So what’s the story was the dog abandoned? what happened to the dog? how was he saved?

The Ringstaff family was traveling somewhere on Southeastern Kentucky Road that’s when they saw the dog. The dog is of Great Pyrenees breed and was standing still on the side of the road which is odd behavior for a dog. Well, the family just drove ahead but the uneasy feeling inside their heads and hearts made them come back to the site. And when they inquired they realized the disturbing experience the dog went through. The story and the dog melted their hearts and decided to adopt him, looks like they are a dog person.

The dog was standing beside his friend’s corpse, he died due to an accident. Many people tried their best to make the dog come with them. But the dog didn’t budge because we know how animals feel when they lose their companion. The dog did not want to leave his friend alone even when it was dead or maybe the dog was meant for the Ringstaff family. It was difficult for the family as well to convince the dog but they were successful.

When they asked about these two dogs they came to know they were abandoned and left all alone. The person who owned these dogs was moving to another town so thus he left them without any support. One poor dog met with an accident and didn’t survive and the other one was left all alone with his sadness and tears. Thank God the other was saved and adopted by the Ringstaff family who named him Tucker. Tucker is going to revive faith in love and happiness as not all the people in the world are cruel and humanity still exists.