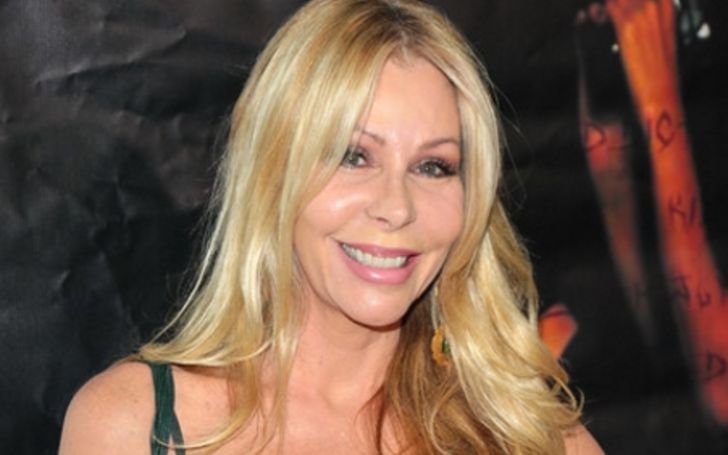 Sharise Ruddell is the infamous ex-wife of popular singer Vince Neil. If you look upon the internet you may just find tons of articles about Vince Neil, his triumphs, and the tragic death of their daughter. Today let’s read more about the ups and downs of Sharise Ruddell’s and how she is living a graceful life now after everything she went through.

Sharise Ruddell was born on October 27, 1964, in Orange County, California. She was born to Shirley Ruddell and Gary Ruddell. Sharise grew up with three other siblings, two brothers and one sister in a seaside beach near Los Angeles called Huntington Beach but lived a lavish life as her family was wealthy. She went to Whittier Christian High School located in La Habra and after that instead of going to college, she followed her passion for modeling.

After completing high school Sharise Ruddell moved to Los Angeles where she started working as a ring girl and mud wrestler at the Hollywood Tropicana Club. Back then, the club was a big deal and a very popular venue in Western Hollywood, and almost every man was known to visit it at least once to get entertained by the beautiful women working there.

Undoubtedly, Sharise’s golden hair, voluptuous figure, and beautiful green eyes attracted plenty of men and she made a good living from that job.

Not only was Sharise a mud girl, but also appeared as a swimsuit model in Blast! magazine. she was seen in a few music videos as well due to her popularity from the club.  These included Autograph and Motley Crue productions – she appeared in Autograph’s videos for ‘Loud and Clear’ and ‘Dance All Night’, and in the Motley Crue video ‘Girls, Girls, Girls.

Sharise explored her interest in fashion designing and designed jackets and stage costumes for high-profile magazine covers like Rolling Stone after getting married to Vince Neil. She was into designing Swimsuits, lingerie, and wide-ranging boutiques on Hollywood’s Sunset Boulevard.

Sharise established her own designing company called NA-NA that made bikinis for Kandy Wrappers. She stated that her designs aimed at making women feel sexy and sophisticated at the same time. She has successfully made a career in the fashion industry because of years of hard work.

Apart from these, Sharise Ruddell also did an appearance in a reality TV show ‘Ex-Wives of Rock’ which revolves around the lives of five women that were previously married to rockstars and along with her the other four celebrity wives were Susan Dixon, Sheila Lussier, Athena Bass, and Bobbie Brown Lane.

Sharise Ruddell and Vince Neil’s love story began when she was invited by him along with four other women to perform mud wrestling for a private party. He was so smitten by her that he even got a tattoo done on his shoulder of her lips and signature.

The couple had a happy married life for a while but soon things started going downhill. According to one of Sherise’s interviews, Vince had a wild, intoxicated side. He used to have drugs and then pass out, leaving her alone. Their relationship was never stable and often went on and off.

After every fight, Vince would try to win her back by giving expensive gifts. Soon, in 1991 Sharise Ruddell and Vince Neil were blessed with the birth of a baby girl Skylar Lyranne who unfortunately died due to a cancerous tumor in her stomach when she was just 4-years-old in 1995. She went through many operations but couldn’t survive any longer. This devastated the couple.

This happened shortly after Sharise got separated and got divorced from Vince in 1993, so that was the lowest point in her life. First divorce and then child loss, Sharise couldn’t get over that tough phase for a long time. She would just cry and sleep for days until she finally got back to work with a reality TV show that helped her to move on.

After going through all this turmoil all alone, Sharise Ruddell met Kirk Seigel and this relationship was better than her last one. They were a good happy couple with a mutual bond who even have a son together, Colt Seigel born in 2002. However, this relationship didn’t last long as well.

Apart from Vince and Kirk, Sharise was rumored to be dating many other stars including Tupac and Judd Nelson.

How old is Sharise Neil?

How long was Vince Neil married to Sharise?

Why did Sharise leave Vince?

Sharise gave birth to their daughter Skylar Lyanne in 1991. However, four years later Skylar died due to stomach cancer. Around the same time, Vince was accused of vehicular manslaughter in the 1984 death of Hanoi Rocks drummer Razzle. Unable to handle the burden of Vince’s antics, Sharise decided to end the marriage.