Caleb Finn’s journey of success is quite an extraordinary one. A school teacher who achieved overnight stardom on Tik Tok, Caleb followed his passion despite hurdles that he had to face. Let’s see the success … 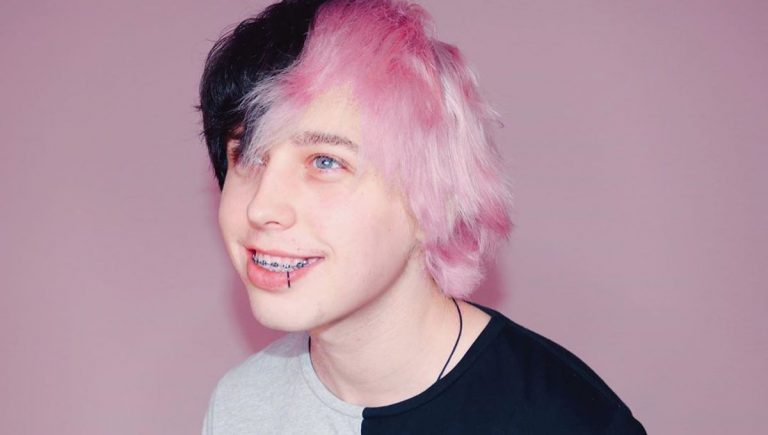 Caleb Finn’s journey of success is quite an extraordinary one. A school teacher who achieved overnight stardom on Tik Tok, Caleb followed his passion despite hurdles that he had to face. Let’s see the success journey of this social media star.

Many of you might not know that Caleb Finn is not his real name but just his social media alias. He has not revealed his real name as he wants to maintain privacy. And although his viewers are eager to know his real identity, he wants to keep it a secret. The fact that even after hiding his name many people reached out to him makes he keep up his privacy even more.

Anyway, Caleb Finn was born on December 9, 1994, in Australia. So his sun sign is Sagittarius Apart from the information that he has a brother whose name is not known and a sister named Lillie who often appears in his videos, there is no other information about his family as Caleb is a very private person and wishes to keep these details to himself.

Caleb finished his diploma in teaching and started working with nursery children and then went on to teach primary students. He had a simple job of nine to five where he was in charge of 50-60 children a day. His inclination towards Tik Tok started when he used to watch Tik Tok cringe complications with his friends and randomly one day they decide to put a bet on whose video gets the maximum likes among the friends.

They made videos for about a week but then after a point of time most of them gave up but Caleb Finn realized that he enjoyed making such videos on Tik Tok and he was getting more and more likes and followers.

Caleb started On Tik Tok in 2018 and within six months he had more than a million followers. The 24 years old admitted that he was kind of scared by all the fame he was getting because he was not used to all this pressure. Over time he felt like creating more content for his audience because likes on his videos kept increasing.

The initial genre being transition videos, Caleb Finn mostly makes funny or prank videos. As he became more popular he saw that his students found him on Tik Tok and that completely changed things at his workplace.

Students started calling him Caleb Finn instead of his teacher name which completely changed his dynamics with his students. This did not prove to be good for him as slowly the students treated him more like a Tik Tok personality even in school. He felt that they did not take him seriously anymore because they saw his other side which is more fun and very different from his strict teacher personality.

Soon, students told their parents about Caleb Finn and on some days children from other schools stood outside the school just to see him.

Tables turned for him for the worse when students told about his Tik Tok videos to the School Principal which definitely did not sit well with her because she expected more professional behavior from the teachers and this was not supporting much of it. Following that he got a call from his boss who clearly told him that he was fired as the Principal wasn’t happy about it.

That was a hard time in Caleb Finn’s life as he was very attached to those students he taught for almost three years. He still repents the fact that he did not even get a chance to say a proper goodbye and he was deeply saddened when he left the job. By that time he knew that being a teacher was not possible anymore so he decided to focus on his Tik Tok made identity.

Then Caleb Finn started doing Tik Tok videos as full-time work but unfortunately, his parents were not okay with this decision. Their initial reaction was- you can’t do this, you need a normal job.

But Caleb listened to his heart and did what he was best at, making entertaining videos as he earned enough money to support himself. Now he has over 7 million followers on Tik Tok. He also has a good presence and fan following on other social media platforms like Instagram. He is working hard to get into movies. Over time, finally, his parents came around and now they are extremely proud of his decision and what he has become.

RELATIONSHIPS- IS CALEB DATING ANYONE?

Caleb Finn is dating his fellow Tik Tok star Lil Soup since November 2019. They have been seen making public appearances on important occasions. Just like him, his girlfriend also has not revealed her actual name and uses the nickname Lil soup publically.

As per sources, it is believed that Caleb Finn’s net worth is approximately $600,000. With 7 million followers, a big part of his earnings comes from the sponsored videos on Tik Tok. In addition to that each of his Instagram posts also fetches him a good amount of money and various collaborations with entertainment brands as well.

Once Caleb Finn was denied entry into the US due to some complications and documentation issues at the airport. As his usual trips to meet and greets around the world, he was supposed to attend the Lights Out Tour in the US in June 2019.

But sadly, he was given the wrong kind of visa by the US consulate in Australia due to which he was detained for almost 14 hours and then deported back home. Later, Caleb expressed his remorse in a Tik Tok video apologizing to his fans for not being able to attend the show.

Did you find what you were looking for? Let us know in the comments!

What is Caleb Finn’s real name?

Caleb finn what is Caleb Finn s real name. Caleb has made his Spotify account under the name Caleb robertson94 but has said in a video that Caleb Finn is also not his real name. Web star born in Australia 7. He is mostly recognized through his videos on TikTok.

Is Caleb Finn dating someone?

He was born in Australia. He posted a picture alongside his sister Lillie on Instagram in April 2019. He has been dating someone who has a popular TikTok account at xlilsoup.

What is Caleb Finn’s job?

Caleb Finn is a social media star who is popularly known as the transition king on TikTok. Finn doesn’t like the title that fans have given him, but he is one of the best at making transition videos on TikTok. After starting his social media career, Finn had promised to stick only to Instagram and TikTok.
Read more articles about:

MULAN; Review Of The Film, Plot And Many More Interesting Topics Are Seen In The Article, Scroll Down To Know More

Kanye West wanted Beyonce to win the award rather than You belong with me – he went upon the stage to reveal that – said that it was God’s indication.