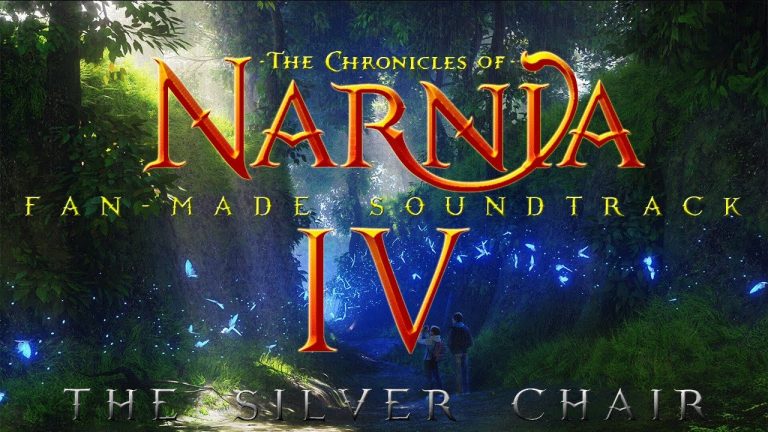 The Chronicles Of Narnia 4

Narnia or The Chronicles of Narnia is a movie series with three installments till now based on the 1950 book of the same name by C S Lewis. There are seven books in total and only three out of them have been adapted into movies- The Lion, The Witch and the Wardrobe(2005), Prince Caspian(2008), and The Voyage of the Dawn Treader(2010). The first two films were directed by Andrew Adamson and the third one by Michael Apted.

PLOT OF THE CHRONICLES OF NARNIA

The basic plotline of The Chronicles of Narnia is based on the adventurous journey of children in the world of Narnia, guided by Aslan, a powerful and clever lion that speaks and is the true king of Narnia. The children appearing in the films are the Pevensie siblings and the films also feature White Witch as a villain. The Lion, The Witch, and the Wardrobe is the first part of the film series. The title is as same as that of the book. Its story is about four British Pevensie siblings who are evacuated during the Blitz to the countryside, where they find a wardrobe that leads to the fantasy world of Narnia. There, they must ally with the lion Aslan against the forces of the White Witch, who has placed Narnia in an eternal winter. The Lion, The Witch, and the Wardrobe was released on 9 December 2005 and is known as the best adaption out of all the movies as it grossed over $745 million worldwide.

The second film Prince Caspian that released on 16 May 2008, follows the further journey of the Pevensie siblings when they return to Narnia when 1,300 years have passed and the place has been invaded by the Telmarines. The children help Prince Caspian in his quest for the throne against his corrupt uncle, King Miraz. This part wasn’t liked much by the audience as the previous part as it grossed only $419 million worldwide.

Unlike the first two films, the third part The Voyage of the Dawn Treader was not co-produced by Walt Disney due to some budget dispute. So Fox 2000 Pictures announced that it would replace Disney for future installments. This movie revolves around the visit of the younger 2 Pevensie siblings along with their cousin Eustace Scrubb. They help the new king Caspian in his mission to rescue seven lost lords and save Narnia from a corrupting evil that resides on a dark island.

Are The Chronicles Of Narnia 4 confirmed or canceled?

There is no such announcement about the confirmation of The Chronicles Of Narnia 4 although if the fourth film was to be made then it would be directed by Joe Johnston and the new adaptions of the series would be made for Netflix. The Lion, The Witch, and the Wardrobe was easily the most successful film of the series which the audience loved. However, its sequel, Prince Caspian saw a considerable dip in the box office as compared to the previous installment.

It was said that maybe because of its dark nature and less family-friendly tone, it could not connect to the fans. Even worse was the release of the third part The Voyage of the Dawn Treader as it was not good enough and was considered to be a badly put-together voyage. Its box office records were the least in the entire film series ($419 million).

Initially, it was planned to adapt The Magician’s Nephew as of the fourth film as a prequel to the other Narnia films. But due to changes in the producer, the C S Lewis company struck a new deal with The Mark Gordon Company to adapt The Silver Chain as The Chronicles Of Narnia 4 instead, according to the order of the original books. In 2016, The Silver Chain got a boost to move forward when Sony agreed to finance the film but as the initial cast had already aged out by that time, they decided to re-cast with fresh young actors. After a year finally, Joe Johnston came on board to direct The Chronicles Of Narnia 4. However, there has been no update on The Chronicles Of Narnia 4 since then. Maybe Sony dropped the idea of rebooting the franchise for The Chronicles Of Narnia 4 after the three films were already knee-deep in losses and maybe this one won’t be worth it. Nevertheless, Netflix has the official rights to all seven Narnia Novels now according to reports, it is also working on a TV adaption with Matthew Aldrich as the showrunner but there is no confirmation as such. Still fans of The Chronicles of Narnia can keep some hope to see the fantasy world and its stories on the small screen sometime in the future.

The Chronicles Of Narnia 4 cast-

Will Poulter as Eustace Scrubb

Liam Neeson as the voice of Aslan

“HAUNTING OF THE BLY MANOR”: A new exciting horror series is coming! Are You Ready to Be Spooked? Find out the Release Date, Cast, and all the news!!!

Faq about The Chronicles Of Narnia 4:

Are The Chronicles Of Narnia 4 coming out?
But The Chronicles of Narnia Movie 4, The Silver Chair now won’t be happening at all… and the future is looking very confusing. The future of The Chronicles Of Narnia 4 is in serious doubt, as Netflix has acquired the rights to the book series. Netflix says they’ll create Narnia movies and TV shows (!!!) within this fantasy ‘universe’.
Why did Peter and Susan not return to Narnia?
In the Prince Caspian novel, Peter and Susan are told they will not return to Narnia simply because they are “getting too old.” Later, in the final book of the series, The Last Battle, Susan is said to be “no longer a friend of Narnia” and “interested in nothing nowadays except nylons and lipstick and invitations.”
Is Lucy In The Silver Chair?
“Silver” does not include any of the Pevensie children, who were the heroes of “Lion” and “Caspian.” Only the two younger siblings, Edmund and Lucy, appeared in “Dawn,” and “Silver” centers on the children’s cousin Eustace and his schoolmate Jill.
Does Peter Pevensie die?
Yes, Peter Pevensie does die at the end of The Chronicles of Narnia series. In The Last Battle, Peter is aboard a train with Edmund and Lucy, as well as their parents.

Get more information and update on instachronicles.