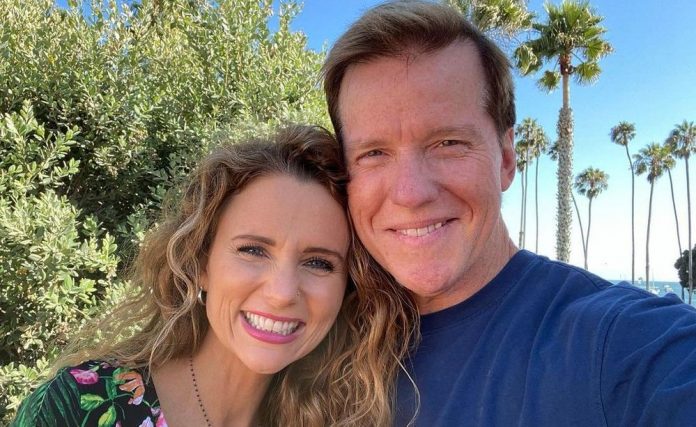 Guinness Book of World Records holder for Most tickets sold for a stand-up comedy tour, Jeff Dunham is a multi-talented comedian, ventriloquist, and actor. Being the highest-grossing touring comedian in the world according to F0rbes Magazine, Jeff has achieved quite a lot during all these years of his career. He has done several tours and established his name across the world. He is one of those rare ventriloquists who often play to a sell-out crowd. But it seems that his high professional demands did not go well with his personal life.

Tim Kendall Net Worth, Life in business, the challenge, and everything we know about the personality so far.

Jeff was born on April 18, 1962, in Dallas, Texas. He was adopted at a young age by Howard Dunham and his wife Joyce. His passion for ventriloquism started when he was 8 years old. His parents gave him a Mortimer Snerd dummy as a Christmas present. Since then he began reading about it, learning how to do it. Jeff had made up his mind by 6th grade that he wanted to be a ventriloquist and later on became the best one.

He practiced for hours in front of his mirror and learned from the how-to record Jimmy Nelson’s Instant Ventriloquism to master the art. He also attended the Vent Haven Convention in Fort Mitchell, Kentucky. It is an annual international meeting for ventriloquists that includes competitions, where he met his idol, Jimmy Nelson, in person.

Jeff graduated from Baylor University with a degree in communication.

JEFF’S JOURNEY DOWN THE LANE OF SUCCESS

Jeff Dunham’s performance caught the eyes of Dallas reporters like Bill O’Reilly and soon, in 1976 he did his television debut when he was interviewed. During his college days, his career began more or less when he did almost up to 100 private in-a-year shows as a comedian and made $70,000. He continued with his act in comedy clubs. He was criticized by his fellow comedians that his using props don’t make him a true comedian.

After gaining much experience as a ventriloquist at Catch a Rising Star in New York City he felt that he should move to Los Angeles, California as he had done a lot in Texas by then. Things were not so smooth for a while In LA. He was recognized as just a comedian and not as a ventriloquist. It is after his meet with Mike Lacey, the owner of The Comedy & Magic Club in Hermosa Beach, that he got a slot in the club to perform where he took his time to polish his skills by observing established comedians like Jerry Seinfield.

Jeff Dunham’s 10 years goal to appear on The Tonight Show Starring Johnny Carson finally come true on April 6, 1990, along with Bob Hope and B.B King as guests. He appeared on The Tonight Show in total four 4 times and appeared in other shows like Hot Country Nights. This gives him huge exposure in the Television Industry. Apart from that, he has also appeared in Late Show With David Letterman and Sonny With a Chance. 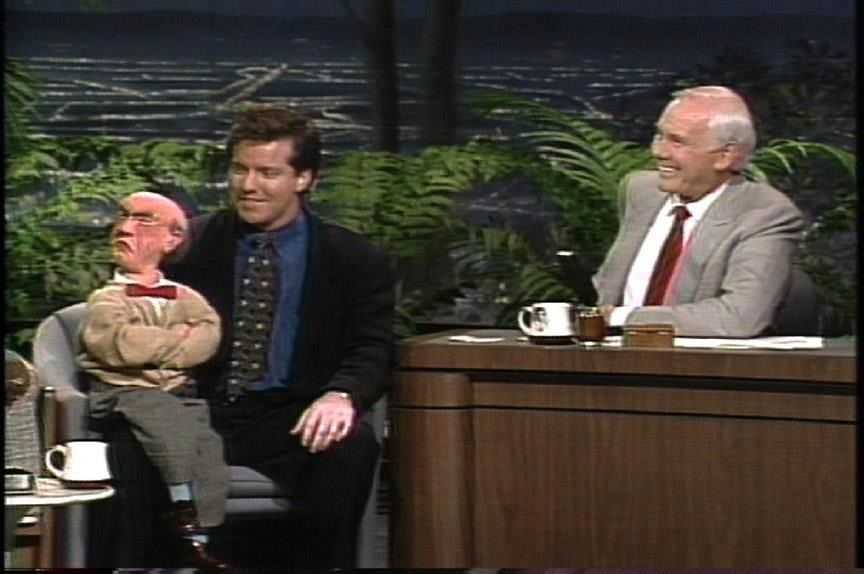 His first solo appearance on Comedy Central was in 2003 when he did Comedy Central Presents. He showcased José Jalapeño on a Stick, Walter, an early version of Melvin the Superhero Guy, and Peanut, whom Dunham had begun to merchandise into a line of dolls. He did a half an hour piece but Comedy Central was reluctant to give him more airtime. So he took a risk and produced his own comedy DVD, Jeff Dunham: Arguing with Myself in 2005. Seeing the huge viewership it got, Comedy Central finally aired it in 2006 and it garnered a viewership of over 2 million people.

Although his acts are not for children per se. His puppets seem to be foul-mouthed, ill-tempered, unashamedly stereotypical, and dysfunctional. However, his constant efforts to promote this unique art of ventriloquism more than anyone after Edgar Bergen.

HIS FAMILY AND DIVORCE

The 59 years old ventriloquist met his first wife Paige Brown during one of his performances at the Comedy Corner in West Palm Beach, Florida. They started liking each other instantly, dated for two years and in 1994, Jeff Dunham married Paige Brown. They adopted their first daughter Bree when she was one and a half years old.

They had another daughter, Ashlyn in 1995 and one again in 1997 named Kenna. They were a happy family. She played a big role in Jeff’s successful career and in gaining his fame until his constant long tours due to work caused a drift in his marriage. Due to irreconcilable differences, the couple parted ways and got divorced in 2008 after 14 long years of marriage.

Not long after the divorce in 2009, he began dating Audrey Murdick, a certified nutritionist, personal trainer, and competitive bodybuilder. They got engaged after going out for 2 years and got hitched in 2012. Jeff and Audrey are now parents to a beautiful pair of twin boys, James Jeffrey and Jack Steven. Jeff’s three daughters get along very well with Audrey and the kids and all of them can be seen as a big happy Dunham family in their social media posts.

When Jeff and fitness enthusiast Audrey Murdick started dating in mid-2009, they knew that by the time their wedding day came around there would be no looking back. It only took them eight months to get engaged before tying the knot with a dog on Christmas Day 2011; two years later (and counting!) nothing has changed—the couple still can’t imagine anything better than this love story surviving summer’s heatwave or winter’s cold front.

Twins are the ultimate blessing for any family, and Dunham was thrilled to announce that he and Audrey were expecting two baby boys in May. They welcomed James Jeffrey (a)and Jack Steven into their lives last October! The couple shares good times with these little guys via social media too – which can be tough when raising children alone but also takes the pressure off from having another human being depend on you constantly all day long.

“Once I made this discovery I knew I had to share it with the world, which is why I started this blog. My goal is to help others learn how to quickly and easily prepare crave-worthy vegan meals and treats that the whole family will enjoy, so they can experience this glorious way of eating, too!”

Juana Ahumada Bio, Net Worth, Lifestyle and Relationship. Everything we know so far about the name and more

How much is Jeff Dunham worth?

Ventriloquists and Dallasites Jeff Dunham and Terry Fator, who won season two of AGT, performed during the live finale. Darci Lynne, who says she started ventriloquism to help her with shyness, even performed with Fator, whom she called her idol.

Jeff Dunham is returning to Comedy Central for three new comedy specials. The first, Jeff Dunham’s Completely Unrehearsed Last-Minute Pandemic Holiday Special, will premiere over Thanksgiving weekend on Friday, Nov. 27 at 8 pm ET/PT. The other two specials are scheduled to be released in 2021.
Read more articles about: