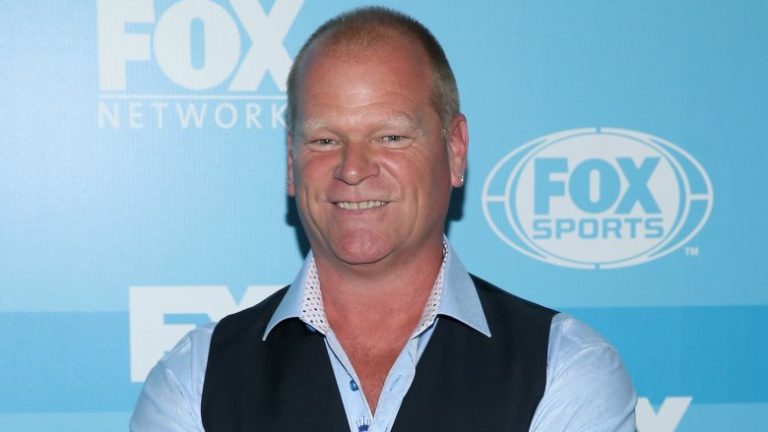 Mike Holmes is a very popular Canadian contractor, a builder, philanthropist and rose to popularity after hosting his hit television series Holmes on Homes. The 57 years old construction tycoon mainly saves homeowners from committing renovation disasters. But was he able to save his own “home”? Yes, I am talking about his family and whether he is in a relationship. Let’s see what went so wrong in the contractor’s life.

Mike Holmes fell in love with Alexandra Lorex and they got married in 1982 when he was just 19 years old. They soon became a family of five after the couple had three beautiful children- two daughters Amanda Holmes, Sherry Holmes, and a son Mike Holmes Jr. But unfortunately, due to the 1990’s economic recession, Mike Holmes suffered a huge loss in his contract company that he had recently set up.

That led to frequent financial constraints in his personal life and he often had fights with his wife. Subsequently, differences grew to such an extent that Mike Holmes and Alexandra got divorced in 1990.

That did not change anything in Mike’s relationship with his children. They can be seen having a happy family time and their love for each other is evident through their social media posts. Mike Homles’ children have also followed their father’s path and work in the construction industry. In fact, they have also appeared several times in Mike’s shows.

According to reports, Mike Holmes has been dating Anna Zappia since 2000. Apparently, Anna is the woman who stuck with him during his tough times after the recession. She came into Mike’s life when he was at the lowest point in his life when he got divorced, his parents passed away, and was about to lose his business. She helped him get through it by helping him rebuilt his construction business and also got him a chance to get into television. She is one of the reasons that he is successful today.

Ever since it seems like she has never left her partner and they continue to be together. Although Mike Holmes has never publically confirmed but getting married to Anna but has referred to her as his wife on some occasions. Fans speculate that maybe they got secretly hitched but nothing is concrete news as of now. The couple has made many public appearances. There are rumors that Mike may not have kids with his girlfriend.

Michael  James Holmes was born on August 3, 1963, in Halton Hills, Ontario, Canada to Jim and Shirley Holmes. His talent and crafting skills were taught by his father at the age of 6. He has a brother and a sister. He had a keen interest in breaking and building things right from a young age. He even dropped out of school to focus on his construction business.

Mike Holmes started his first contracting company at the young age of 19 with only 13 employees. he then opened a renovation company at 21. Seeing a poorly renovated house inspired him to start The Holmes Foundation in 2006 to encourage and attract more youngsters into the construction industry and to guide those people badly affected by wrong renovation ideas. The same year he was also recognized in the House of Commons of Canada for his work of skilled trades and his efforts to improve building standards. He was acknowledged as an “extraordinary craftsperson” and “an accomplished master builder with a social conscience”.

His forte is more about discovering serious issues such as dangerous wiring, asbestos, mold, inadequate insulation, structural damage, and more, concealed behind pristine surfaces. Mike and his team promise to “Make It Right,” even if that means having the house broken down completely. Mike has also proved himself a good writer with his two books: Home Renovation with Canada’s Most Trusted Contractor, the national bestseller, and Holmes Inspection: Everything You Need To Know Before You Buy or Sell Your Home and both are bashing successful.

His journey on television started in 2003 when he starred in Holmes on Homes on HGTV Canada and then one after another he hosted Holmes in New Orleans, Holmes Inspection in 2009, Best of Holmes on Homes(remix of clips of the first season), etc over the years. In fact, in 2021 Mike Holmes, his son, and his daughter Sherry featured in their most recent show Holmes Family Effect in which they resort to help schools, homeowners, and businesses that need help. This time they work wonders not only on houses but also commercial and public buildings.

In addition, Mike and his crew built a remarkable sustainable and hurricane-resistant house in New Orleans as part of Brad Pitt’s “Make It Right NOLA” project. Moreover, he is busy building a unique community of eco-friendly and sustainable homes in Alberta, Canada, that will set a new standard for residential construction and design.

He is the second most trusted person in Canada after David Suzuki. During his 20-year contracting career, Mike Holmes has run two companies, and of course, his insanely successful self hosted fourteen television reality shows.

Mike Holmes is one of the most successful contractors in the world. So his estimated net worth is $30 million. Successful business ventures like TV shows and the construction business have made the tycoon super-rich and super successful.

Did you find what you were looking for? Let us know in the comments!

What happened to Mike Holmes?
In June 2019, Bell Media announced a new development deal with Holmes, ending his relationship with HGTV Canada. His library programming moved to air to Gusto, which was rebranded as CTV Life Channel, and two new series were announced, including Holmes 911, and the Holmes Family Rescue for CTV in 2020.
Who pays for repairs on Holmes makes it right?
Some contractors hired on the show have even donated time, materials, and labor to help homeowners in need. The remainder of the work is funded by the TV production company, but in some cases, Mike Holmes personally contributes funds towards the repairs.
Is the dad on Holmes and Holmes married?
Mike is currently not married but is in a relationship with his long-time girlfriend Anna Zappia, whom he often refers to as his wife.
Read more articles about:

Mina is now fine: her treatment has been finished from the hospital and she will go with her mother, keep reading to know everything

Get more information and details on instachronicles!