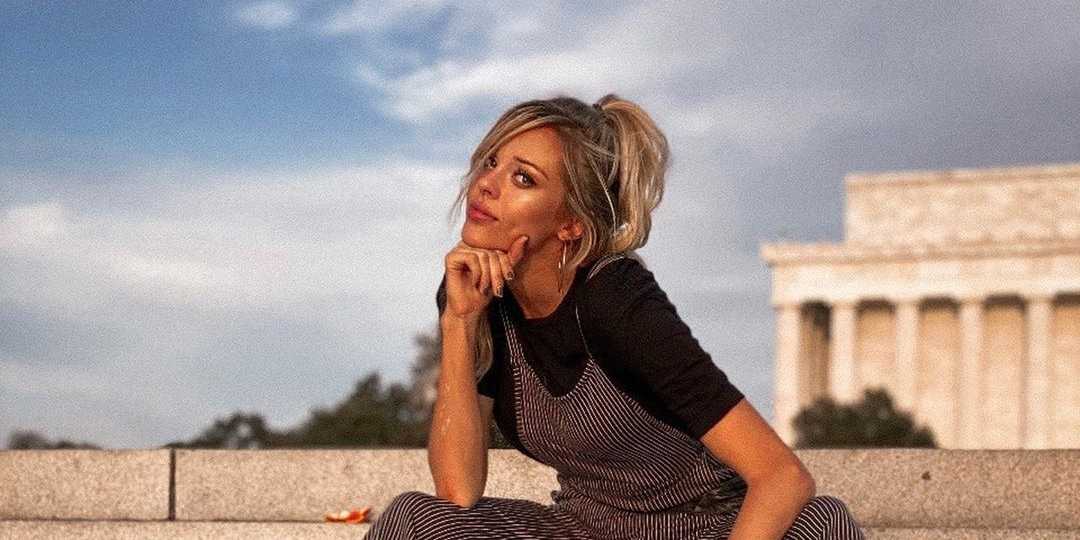 WHO IS MICAIAH TEWERS?

Micarah Tewers is a Youtuber who mostly makes comedic sewing tutorials. She also posts vlogs and other kinds of projects occasionally. She has gained popularity in no time with a total of 1.66 million subscribers on her Youtube channel in 5 years of her career. Let us know in detail about this young youtube celebrity.

Micarah Tewers aka Micarah Nicole Tewers was born on May 19, 1995. That would make her birth sign Taurus and she is an American by nationality. As such she follows Christianity and is of mixed ethnic race. She is a sincere follower of Jesus as mentioned in her Instagram bio. The 26year-old was born and brought up in Ohio. She was homeschooled since childhood and she did not pursue her higher studies and graduation from any university or college.

She has not really disclosed any details about her parents although she keeps posting pictures with them occasionally on social media. But we definitely know a little about her siblings and that she has a brother Micah Tewers and a sister named Shaylyn Tewers. In fact, her sister was titled “Mrs. Ohio America” in 2014. Seems like all siblings are quite talented.

In late 2019, Micarah Tewers finally fulfilled her dream of owning an RV, which she named “S.S. La’trexa”. She planned to live in it and travel to warmer climates after renovating the vehicle. Longing to live in a warmer climate, she moved to an RV Park in Florida in January 2020 and lived there with her mom over the duration of the winter season to avoid the cold weather, while continuing to practice her passion for sewing.

Micarah Tewers first worked in the fabric department at Hobby lobby but later on left it to make her career as a full-time Youtuber. She created a Youtube account in 2010 but started uploading videos only after 2017. Micarah Tewers is a YouTuber known for creating her own dresses. She initially began making gorgeous dresses using worn-out or recycled clothes. From recreating iconic celebrity-worn dresses on a budget to dressing like characters played by certain actresses for a week, Micarah tries it all. She is also popular for making Disney characters’ outfits and gowns using a minimum budget($20). She covers historical fashion, practical videos you could benefit from (or at least want to try), and bizarre ones like “TURNING A COUCH INTO FASHION!”. 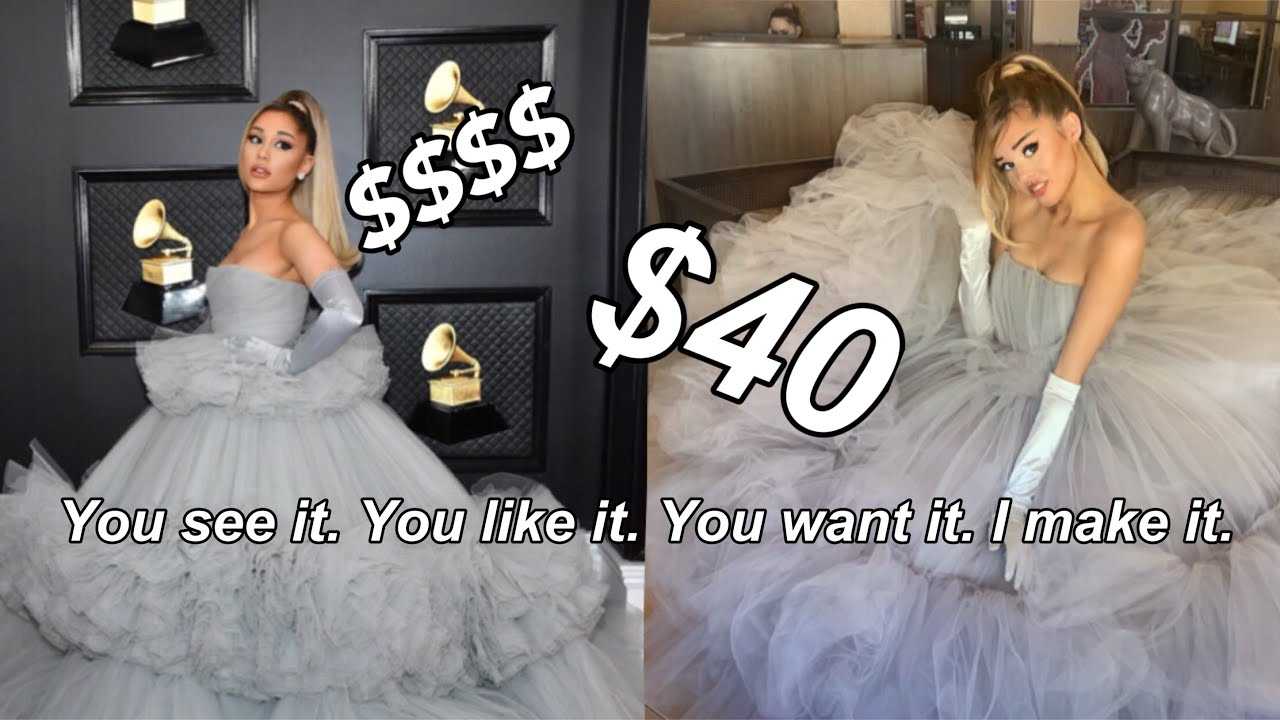 This unique and realistic concept of making new like beautiful dresses using recycled materials has attracted a lot of attention from the audiences and made her a Youtube star over the years. Micarah Tewers will do the entire process of creating a dress while chipping in with corny jokes and clips of various animals. Her videos usually have a pace that makes you feel like you’ve set the playback speed at 1.25. She has a slow sweet pace of talking. Micarah Tewers will also speak in three different tones within ten seconds with abrupt changes in camera angles and a whole host of other sounds that seem to have been edited in to match the sheer randomness. The amount of fun and excitement that she adds to her videos is what makes them great. Her videos are mostly about easy ways to make DIY clothing, DIY projects, sustainable clothing, seeing, thrifting which interests a lot of people who want to recreate the looks and dresses of celebrities which are usually very expensive. She focuses on quirky, budget-friendly, and creative ways of sewing dresses.

Micarah Tewers’s first Youtube video was with the title ‘Stereotypes I believe About You’. Naturally, she was very nervous and the video quality and lighting were also not good enough. Till now it has gotten 394k views and 11k likes. Micarah Tewers’s video called ‘ Making A Prom Dress In One Day ‘  was the first one to hit millions of views as it was a time-saving and genuinely effective video. As of April 2021, her video named ‘ I Made Ariana Grande’s Grammys Dress’ got the highest views of 9.94 million out of all her videos till now. Though it was hard to get many likes and views in the beginning due to her constant hard work she made her place in the fashion industry and gained success.

Apart from costume designing videos, Micarah Tewers makes humorous videos with her friends. And almost all her videos have crossed millions of views because of the creativity and useful videos. She not only makes sustainable clothing but is also very resourceful and knows exactly what she is talking about. Being a full-time Youtuber, Micarah Tewers’s average income per year would be approximately $3-4 million that she gets from all the Youtube videos and sponsorships.

Micarah Tewers is very much active on all her social media accounts. She has an Instagram id (@micaratewers) with 303K followers as well as an active account on Twitter with the id  (@micaratewers) with 13.6K followers. Moreover, she also has a Pinterest account where 3,265 people follow to see her amazing pins.

Micarah Tewers is engaged to her long-time boyfriend Joe in February 2021 whom she apparently likes since the age of 5. In fact, they also bought a house together in Ohio. 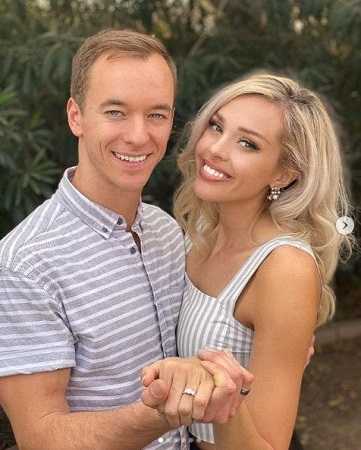 Micarah likes the company of children as according to her she gets positive vibes from them.

She is also very fond of pets and in fact, also owns a pet rat.

Micarah also likes drawing pictures and uploads them on Instagram as well as reading novels. Her favorite novel is ‘Little Women’.

She has a keen interest in traveling. She has been to Disneyland with her friends a lot and has posted so many photos on her social media accounts too.

In fact, Micarah Tewers has even designed dresses for models of magazines and photoshoots.

Q1. Is Micarah dating JJ?
Fans of Micarah Tewers would know her as this girl who can recreate iconic dresses from scratch and presume to know her very well as she often vlogs her family and friends in between.
Q2. What city does Micarah Tewers live in?
Micarah moved back to Ohio because of the COVID-19 pandemic and revealed she bought a house in February 2021.
Q3. What happened to Micarah Tewer’s mom?
Her mom just went through radiation and is on chemo for the rest of her life.
Also, read articles about-

Get more details and updates on instachronicles.