The Boss Baby: Back in Business is an American comedy web television series produced by Animation. The series was released on Netflix in 2018. The story revolves around the boss baby and his big brother Tim … 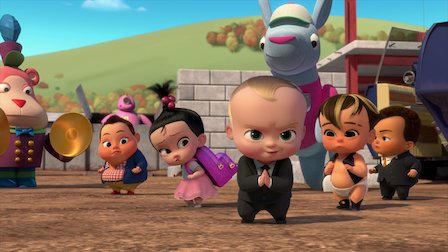 The Boss Baby: Back in Business is an American comedy web television series produced by Animation. The series was released on Netflix in 2018. The story revolves around the boss baby and his big brother Tim who are dealing with a new threat for the Baby Corp., which includes likability of the cats over babies. The duo is on the mission to understand the reason which led to this problem.

For all those who do not know about Boss Baby, there is a quick summary for all you guys. Boss Baby worked at Baby Corp. and was sent to a family that consists of a couple of Ted and Janice Templeton and their son Tim Templeton. The baby was sent to the family as the couple worked in a Puppy Co., which used to produce the puppies, which had affected the adorability of the babies. The boss baby was sent so that he can understand what has led to the adorability of the puppies over babies. Till now, two seasons have been released in total, and the third one is in the pipeline.

The trailer for Season 3 was released recently on February 28, 2020, by DreamWorksTV. Here is the link below for the trailer of Season 3.

As per the trailer, which was released recently, the plot for Season 3 is expected to be the Boss Baby trying to get his job back at the Baby Corp. after he was fired by his bosses. He tries to live his normal life as a baby and do all the kinds of stuff that a baby does but find it extremely difficult. He, with the help of his big brother Tim and other baby agents, tries to regain his position again in the Baby Corp. Isn’t it interesting? Boss Baby is definitely back in action. Till then, stay tuned.

Killing Eve Up with a new Season. Cast, Plot and everything that one needs to know.