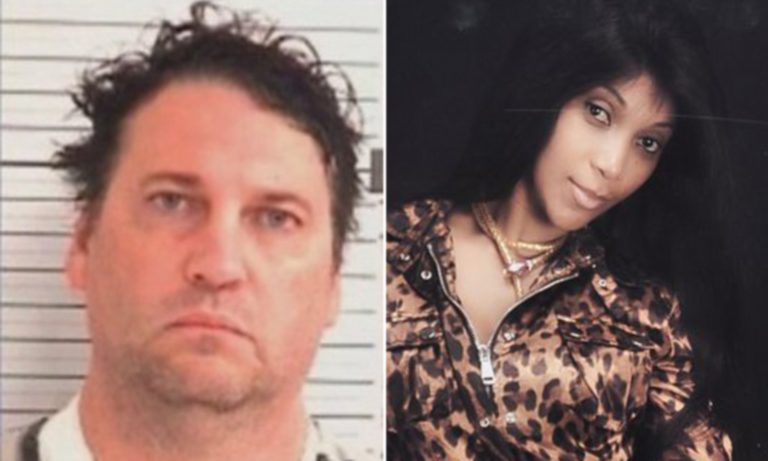 On February 2nd, 2014, the whole world was shocked when Adam Frasch, the wealthy doctor grabbed the headlines of every newspaper in Tallahassee, Florida, for murdering his wife Samira Frasch. Her dead body was discovered at the bottom of their swimming pool at their posh Golden Eagle home. The maintenance guy discovered it. Adam Frasch was arrested and accused of committing his wife’s murder although he denied all charges. He was sentenced to life in prison. Even today, he denies being involved in any way, in his wife’s death.

Here is the murder case of Samira Mbotizafy Frasch. She was found in her pool with her dead body on February 22, 2014. Adam Frasch met with his wife in Paris who is his third wife name, Samira. He used to work as a podiatrist. They do a vortex romance and after that, both of them got married in 2009. Some peoples who were very close to them have reportedly stated that both are in a problematic relationship throughout their marriage.

As reported in the report that Samira told her assistant, hairdressers, and the association manager of the Owner of Golden Eagle that her husband Adam was threatened to kill her.

According to the autopsy report, Samira’s death was caused by drowning and a blunt blow to her head just before that.

After an extremely lengthy trial, Adam Frasch was finally charged with first-degree murder and a lifetime in prison, although he kept pleading guilty.

This Samira Frasch murder, the murder of the wife of a wealthy doctor evoked the interest of people from all over the world. The couple looked like a blissful and perfect one from outside,

So what went wrong in their peaceful married life?

Here is all you need to do about Adam Frasch and his wife Samira.

The Beginning Of The End

Adam Frasch, a podiatrist, on a trip to Paris met Samira, a citizen there. The couple met for the first time when Dr. Adam Frasch was going through the separation process with his wife.

Samira Frasch was a retired supermodel who loved music and singing, as well as traveling all over the world. Being a model, she admired fashion and design and spoke five languages.

Adam Fresch met this supermodel during the Paris Fashion Week, in France, in the year 2006. The two clicked instantly and had a great time in each other’s company.

For a while, the two carried on with a long-distance relationship as Adam had still not got a divorce and was busy fighting with his wife for it.

The couple finally got married in Las Vegas, Nevada in 2009. Soon after that, Samira took care of all her overseas matters and finally managed to move to Tallahassee in the spring of 2010.

But happiness seemed to have been short-lived for this Florida couple. On the surface, they seemed like the image of a perfectly happy married couple. But on the inside, the marriage was pretty much broken and plagued by Adam’s extramarital affairs. He was involved in constant infidelities and had numerous girlfriends. He often helped his girlfriends financially as well. Money seemed to have not been that big of an issue for the wealthy podiatrist, living in a 1.0 million dollar house surrounded by luxuries and the company of several women.  Samira Frasch had allegedly stumbled upon a voicemail from Erica Tidwell, an exotic dancer who was one of the many girlfriends Adam Frasch had. The couple kept having fights because of Adam’s affairs. The couple had started with a proper family by then. They had two daughters, and Samira finally wanted to get a divorce.

She was desperately looking for a way out of their unhappy marriage.

Later it was found, Samira had even offered one of Adam Frasch’s ex-girlfriends to buy a sex tape of the two. This was in particular a very important discovery while conducting the investigation, as this was what had a drastic effect on their marriage and sped up the matter of divorce. The sex tape had proved to provide Samira Frasch with an upper hand in the divorce. She had received the custody of the children and was entitled to quite a handsome amount of his assets as well. And in all probability, money was the major motive in this murder case.

On January 22, 2014, the body of Samira was found at the bottom of the swimming pool at the couple’s Golden Eagle home by the maintenance guy.

The final breakthrough came when Dale Folsom, who was referred to as the jailhouse snitch back then, gave a statement saying that after Adam Frasch’s arrest, when the two shared a cell during his trial, Adam confessed to him regarding his involvement in Samira’s death. Adam Frasch had hit his wife, Samira on her head with a golf club, and she dropped unconscious immediately. According to Adam Frasch, it was not intentional and had occurred in a fit of rage.

According to the prosecutors, Adam Frasch and Samira Frasch had been constantly fighting over his latest infidelity which came out with the discovery of the sex tape. Adam Fresh had allegedly hit his wife on the head with a blunt object and then threw her into the swimming pool to drown to death. He then covered up the crime scene and made it look like she had drowned in the pool, having had too much to drink the previous night, not knowing how to swim.

Adam Frasch pleaded innocent and kept saying that his wife had a lot of drinks the previous night, which led to her accidental drowning, and that he did not have any involvement in her death. He even suggested that the maintenance guy who discovered the body might have been involved in Samira Frasch’s death. He kept trying to justify his presence at the Panama City Beach by saying that his wife wanted some time alone for herself, so to give her some rest, the couple had decided that Adam would take the girls to the beach with him.

Although there were some areas in the case where there wasn’t 100% clarity, the jury took only 90 minutes to decide his fate. They ruled, Adam Frasch had brutally hit his wife on the head and threw her unconscious body into the swimming pool.

Where Is Adam Frasch Now?

At present, Adam Frasch is serving his life sentence in prison. He still lives in denial and maintains that he is completely innocent and had nothing to do with his wife’saccidental death’. In September of 2019, his verdict was upheld, as he kept appealing against his life sentence and pleading innocence.

Adam Frasch’s luxurious life and a string of affairs with several women finally came to an end.