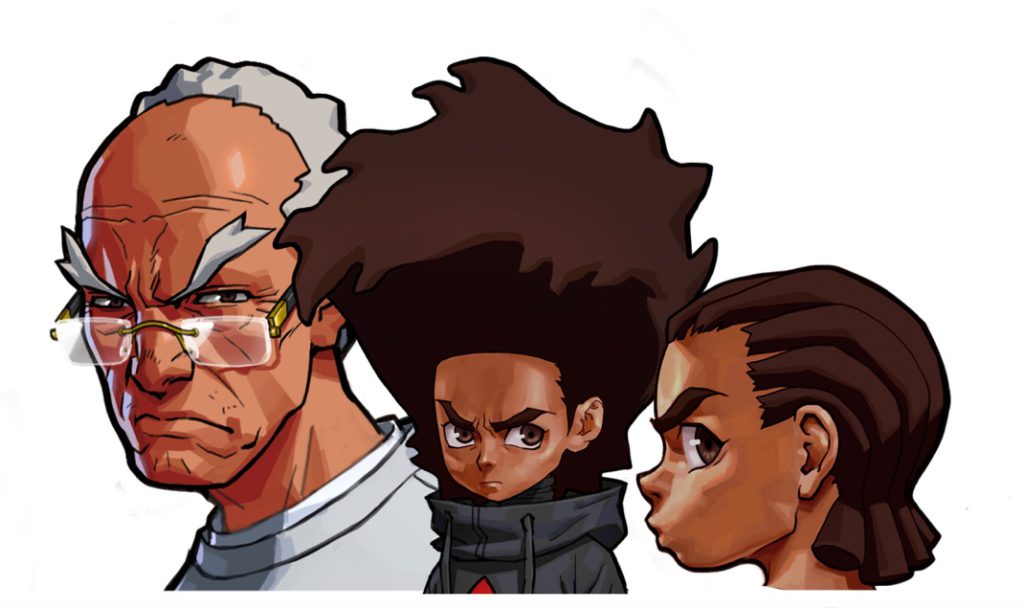 The Boondocks is an adult animated series based on the comic of the same name. The show was created by Aaron McGruder. It has 4 seasons official The Boondocks Season 5 is on the way. The first of Boondocks was aired on 6th November 2005. The animation premiered on Cartoon Network. It was a show which was only telecasted in the late-night section of the programming because of its adult content. However, the series received a cancellation after the arrival of season 4 on 23rd June 2014. There are a total of 55 episodes in all of the four seasons.

It is a very successful and also popular show and there are many episodes in one season which is very fantastic.

It is assumed that the show might get canceled because of the lack of views of the animation. It is also assumed that it does happen because of the absence of McGruder.However The Boondocks Season 5 will be rebooted, Sony animation announced and this time the version will include McGruder’s presence. The new season of Boondocks will premiere on HBO max version, for two seasons. It is also said that the two seasons will consist of 12 episodes each, making it 24 episodes.

Before moving ahead we would like to make you understand the difference between An Anime and An Animation. The animation is an animation movie or series which has been made anywhere other than Japan. Whereas the animation made in Japan is known as Anime. Only Japanese people have the right to call their animation anime, not rights but you got my point. So if you are calling The Boondocks an Anime, then my friend you should immediately stop calling it that. So, now the doubts have been cleared we can move ahead.

The series is going to be a rebooted version of the 2005 Adult animation Series. Sony Pictures Animation has announced that there will be two seasons of the Boondocks. The release date for the premiere of The Boondocks Season 5 was in February 2020. Due to the pandemic situation, the premiere of the animation got delayed along with many other series. According to sources, the Boondocks will hopefully release in early 2021. There is no particular date for the release of season 5 of Boondocks. It has been hoped that the official will share the release date soon. Till then you can begin watching all the previous seasons of Boondocks so that when the new season will be out you can catch up with it. 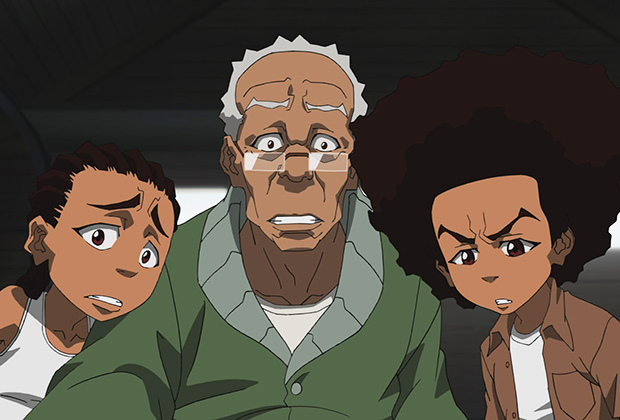 It has been announced earlier that The Boondocks Season 5 will have the presence of John Witherspoon, but unfortunately, his untimely demise has fans questioning. There is no confirmation about the voice cast of the Boondocks reboot.

Huey Freeman is the main protagonist. The boy is a ten year old, very intelligent, and a passionate reader. He has a lot of knowledge about a lot of things about various subjects. Riley Freeman is influenced by rap in rap culture. He loved rap, hip hop music so much and followed it passionately. However, Riley is charming and smart. He is gifted with artistic features. Other characters like Robert Freeman who is the grandfather and guardian of these kids. He loves his grandsons so much but is disturbed by their mischiefs and adventures.

The story is about a black family, the Freemans. The story starts when they decide to settle in a fictional suburb of Woodcrest country. It was Maryland. They in the animation fight the rule of Uncle Ruckus, who is quite powerful in the communist government. The series portrays the different perspectives of different cultures and their clashes because of these different perspectives.

According to the specific sources from Sony Picture Animation, the rebooted version will be going to show the battles by the Freeman family. The Freeman’s family will take action against the tyrant Uncle Ruckus of the Local Government. Uncle Ruckus has ruled over the fictional town of Woodcrest Country, Maryland as uncle Ruckus is purely evil. The creator of the show, McGruder, is so excited and overwhelmed to begin the production work of The Boondocks. In The Boondocks Season 5, the story will be from the modern perspective and will portray the things happening in recent times.

The animation will focus on cultural and political issues. It would be very exciting for fans who are waiting to revisit their memories of Boondocks. The Boondocks Season 5 will follow the adventure of self-proclaimed “Civil Right Legend” Robert Freeman, and his two grandsons Huey and Riley.

If you are a die-hard fan of the show you can watch all the previous seasons of the show. You can also watch some fan-made trailers and fan fiction of the animation. The passionate fans have worked very hard and have made appreciable fan fiction. So go check out some of them until something will be announced from officials. for more updates stay tuned with us.