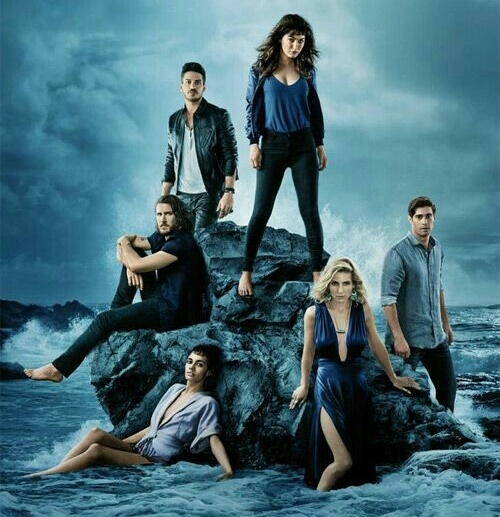 Tidelands Season 2  most awaited part totally about sirens know more about it below: Oceans hold millions of mysteries. The vastness of the ocean is comparably less than the mystical truths that lie below the seas. Seas have been poetically alluring and lured many people to fall in love with its depth and untold secrets. Many mystical creatures in addition to mythical stories are believed to be living under the Seas and also on the shores. One of the most bizarre beings is Siren. The word Siren will give you goosebumps if you already knew about them.  Sirens have been used in many movies and series to give a dark touch to the stories. They always caught the eyes of fans with their powerful story base and beauty. Who can forget the sirens, Sybill and Selene, from The Vampire Diaries?.

But, how many of us know about the web series that picture sirens in the leading role. The Netflix original series called “Tidelands” is full and fully about sirens. If you are really drawn towards Sirens then Tidelands is a must-watch for you. Are you a Thalassophile(sea lover)  even if you are not one Tidelands will make you love the ocean with its dark-themed fantasy. The story of this series is specially written to create an effect of dark mystery and realistically take the viewers to the land of Sirens.  Here is everything you need to know about Tidelands,

A peek from Tidelands season 1

Tidelands is a Netflix original Australian series. It is produced by Hoodlum Entertainment and the creators of this show are Stephen Irwin and Leigh Mcgrath. It was directed by Toa Fraser, Emma Freema, Catriona Mckenzie, and Daniel Nettheim. The four directors created two episodes each of the first season. The first season was released on  December 14, 2018, it gave the fans a new experience of web series with magical music that became fan favorite. Fans are waiting for the second season of this series.

Recap of the first season :

The first season of Tidelands is the story of a character named Cal returning to her home Orphelin bay after killing a man and being in prison. She then discovers the island being filled by a group of half people half siren called Tidelanders. She also finds out that her mother used all the money her father left for her and also comes to know that her father ran a drug ring along with Tidelanders and her brother Augie took the responsibility. Cal then finds out that she is also a Tidelander with a human father lured and seduced by a siren and killed by a siren. Someone tries to kill Cal. The queen of Tidelanders is Adrielle but Tidelanders are not happy under her reign because she misuses her powers. She tries to recreate a horn that can summon an army of Siren to destroy humans. The Tidelands leave their children with humans in the Orphelin bay where the other Tidelanders raise the babies. Adrielle’s name gains some positivity after she manages to summon a siren. The Tidelands are very curious to meet their real mothers. It also has many plots and twists that are awesome but as we don’t want to spoil anything nothing is going to be explained. Cal is different from the other Tidelanders by some human nature. The first season is available on Netflix you can watch it anytime you need.  The news about the next season known so far are given below,

Tidelands Season 2, will it reach the shore :

Whether or not to expect Tidelands Season 2 has been a little confusing for the fans. Though the first season was released back then in 2018, no official announcement was made about the renewal of the Tidelands Season 2.  The renewal of the series is still uncertain as Netflix always announces the renewal of a series after two to three months of the release of the prior season. The announcement will be made soon based on the reach of the series among people. But, Tidelands received average reviews making things difficult. Rotten Tomatoes gave Tidelands 86 percentage and imbd gave four out of five stars. But the renewal of this series is in the hands of Netflix irrespective of the ratings and reviews.

News from the producer :

Words from the producer of the series,  Nathan Mayfield made fans believe in Tidelands Season 2. His exact words about Netflix were  “they’d been pitched a lot of stuff in Australia, but nothing that felt big. I think everything had felt true to an Australian audience, but [they] hadn’t really thought about what it looked like as a global show. He also added that Netflix told the writers to be bold and write a dark themed show “big, be bold and play in worlds that are rarely seen on Australian TV — in crime, thriller and supernatural.”

The cast of Tidelands Season 2 :

The cast of Tidelands season 1, who are expected to be there in season two if there will be one is assumed as follows. Charlotte Best will return as Cal McTeer, who will be the new queen, Fin little will return as Gilles, Chloe de Los Santos will be there, Augie and Dylan will certainly be there, Richard Davis will be Colton Raxter, Dalip Sondhi will return as Lamar cloudier. In addition to them Alex Dimitriades, Peter O’Brien, Caroline Brazier, and Hunter-page Lochard will also be starring in Tidelands Season 2 .

The cast of Tidelands season 1

The storyline of Tidelands Season 2 :

The story of this series is about a seashore of an island called Orphelin bay. This place was made home by a group of magical creatures called Tidelanders. Tidelandera is half siren and half people. Sirens are beings related to Greek mythology. Sirens are good-looking creatures who with their sweet voice hum a song lure ships to hit the shores. They are said to cause shipwreck with their magical tone.  The first season ended with the death of many leading characters. We can assure you that Tidelands Season 2 will also be related to the first season. We can expect Cal to be more powerful and discover many things in Tidelands Season 2.

Let us hope that Netflix will renew this pure mystical fantasy and give us something more to watch and to relive in the Tidelands.

Are you a fan of Tidelands?  Who do you believe is the best siren in this show?  Do you think it will be renewed for Tidelands Season 2? Let us know in the comment section!!