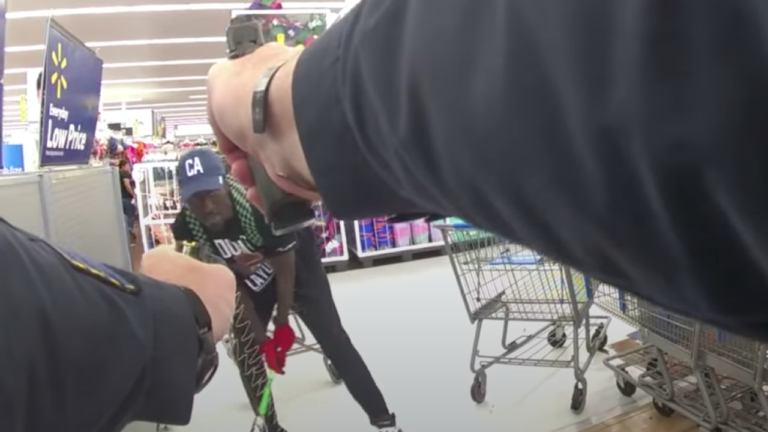 The Alameda County charged a Californian police officer of heinous manslaughter in the Walmart recently. This news is sending shock waves and distress to all the African-Americans who are fighting day and night to support black lives. More so, in this period of a virus outbreak, when everyone should be helping each other, the killings are increasing. This is not the first time an officer shoots some innocent black person. In a recent case, a female officer also shot a black man, that too in his own apartment. However, the county members are being very active in supporting these cases against their own officers. Similarly, in the recent shooting of the man at Walmart, the officer is charged with voluntary manslaughter. The black man did not pose any threat to any of the customers.

There was immense investigation regarding this case at the district level. The officer shot the man without any evidence of him posing any kind of threat. The 33-year-old black man, Steven Taylor, was only carrying a baseball bat. The encounter lasted for only 40 seconds. However, Taylor died at the scene itself. This incident took place on April 18 when officer Jason Fletcher shot the black man at Walmart. District Attorney Nancy E. O’Malley is the one who decided on the charges against him. Additionally, she says that the charges were put solely on the basis of facts and the current law. More so, the charges against the officer are criminal charges that were levied only after intensive investigation.

The video that went viral shows that the man was not going to attack or destroy property. Yet the Black lives in America have to live under constant fear of being slaughtered. Does this mean that the officers who should protect them are actually butchers? He is only standing at the counter when the officer takes his bat unsuccessfully. This scene was very disturbing not only for the American audience but for humanity as a whole. Without any intention to harm, Taylor fell dead at the hands of a white man who is responsible rather for serving his countrymen.