In 2018, an Ex-Dallas police officer shot her black neighbour in his apartment. Accusing her of murder, the court then gave her a murder sentence of 10 years as punishment. However, the case is … 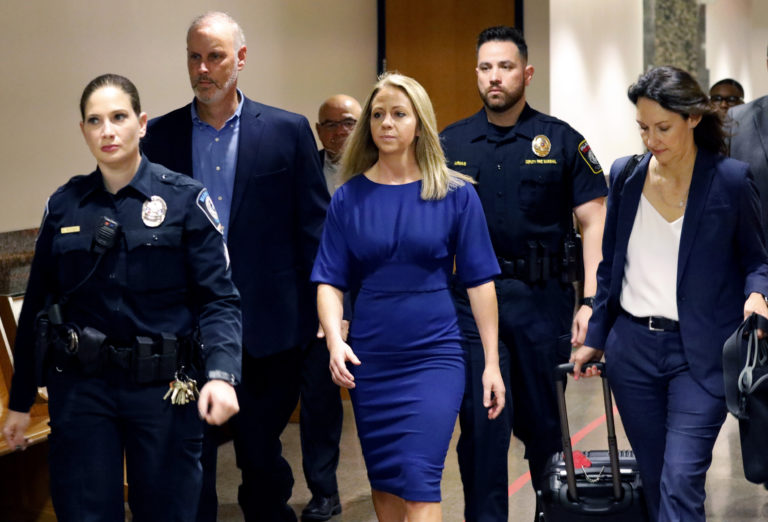 In 2018, an Ex-Dallas police officer shot her black neighbour in his apartment. Accusing her of murder, the court then gave her a murder sentence of 10 years as punishment. However, the case is unusual since the person charged with murder has a baffling defence. The accusation on the convict, Amber Guyger, is regarding the man who lived in her apartment building. His name was Botham Jean. Jean was an accountant from St Lucia, the Carribian Nation. His age at the time of the murder was only 26 years old. Due to the trial and the charges, Amber also got fired from her duty. The court ordered the sentence in 2019, but the defence demands to reconsider the verdict.

The bitter truth about this case is that the apartment in which the murder took place was the victims. In her defence, the situation is being explained in this way. Amber ‘mistook’ Jean’s apartment for her own and since it was unlocked, it frightened her. She thought someone broke into the house. More so, she was so terrified that her heart rate rocketed and she ends up shooting. But the man she shot was an innocent accountant sitting in his apartment eating ice cream. Additionally, in the recent courtroom trial, she and Botham’s brother hugged. He also implied that Botham would have forgiven him and asked her to give her life to Christ.

Amber’s defence claims that there have been incidents in the building when people entered the wrong apartments. Eventually, the building jas no markings to highlight the floor numbers so the mistake was possible. Even the layout of her flat was same as his. And in the event of self-defence, she lost control and fired. Therefore, Amber is not a criminal but just a homicide off duty. Thus they demand the sentence be shortened. However, the victim’s brother shows maturity in understanding the scenario. The charges can’t be dropped, it being a fatal incident. The young man lost his life for nothing.

However, there are also citations that state that 10 years is not rigorous punishment. Amber using weapons off duty should be dealt with more severely.

Strike the Blood Season 5 : When can we expect to see the fifth season? Release date and all you need to know!

Swell Ariel Or will be our new Beauty Queen of Jerusalem. Read more to know all details!!