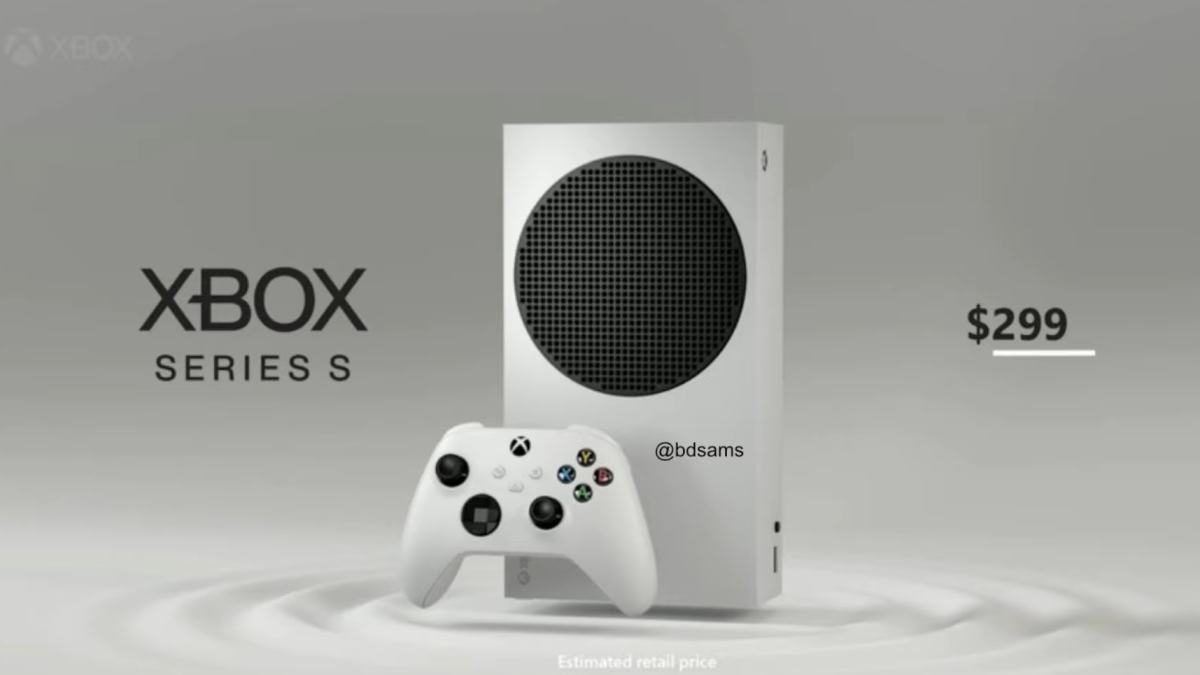 Late Monday evening, we got our first purported look at the Xbox Series S, the long-rumored budget version of Microsoft’s upcoming next-gen Xbox Series X console, and if that $299 price is the real deal, it could just be Microsoft’s ace in the hole.

BWW Media Group’s Brad Sams shared what appears to be a leaked promotional image of the Xbox Series S on Twitter and YouTube on Monday. Noted leaker Walking Cat also tweeted what looks like an animated gif from that same promotional video, which you can check out below.

The console’s gone by the codename Lockhart in rumors dating back as far as 2018, and leaked Xbox Series X development documents that surfaced in June only shoveled more fuel on the “Lockhart is real” fire. Then, Microsoft effectively leaked the Series S name itself last week via an Xbox Game Pass insert in the packaging of one of its wireless controllers, as spotted by Tom’s Guide.

However, the biggest news by far is that $299 price tag. Based on that info, we can assume that Microsoft’s Series X will likely come in at around $499 or $599 since you can typically expect a $200-300 premium between the budget and flagship console options. That would put the Series X on par with the rumored price point for Sony’s PlayStation 5, though nothing’s been confirmed yet. It should be noted that the $299 tag for the Series S is subject to change too, as the ad notes in fine print along the bottom that it’s an “estimated retail price.”

In terms of form factor, the Series S looks like it’d fit more at home beside the Xbox One family than the beefy black box that is the Series X. That prominent black circle area on top looks like it’s probably intended for cooling, and there seems to be some kind of USB port on the front, but other than that there’s not too much detail we can glean with just the single image. It doesn’t appear to have a disk drive either, a fact that seems all but confirmed by that accompanying gif.

Given that a lot of people still haven’t upgraded to 4K televisions and may not need the Series X’s raw horsepower to play their preferred titles, Microsoft is smart to hit the ground running with a cheaper alternative. The release dates for both the Xbox Series X and Series S are still up in the air, but they’re expected to launch at the end of the year. And given the number of leaks steadily coming to light, my money’s on an announcement coming pretty soon.

We’ve reached out to Microsoft for comment and will update once we hear back. In the meantime, you can catch up on all the rumors about specs and possible titles for both the Series X and PlayStation 5 in our previous coverage here and here.