Gadgetsblog
HomeLifestyleladakh: After fresh tensions in Ladakh, China says it hopes for disengagement as soon as possible 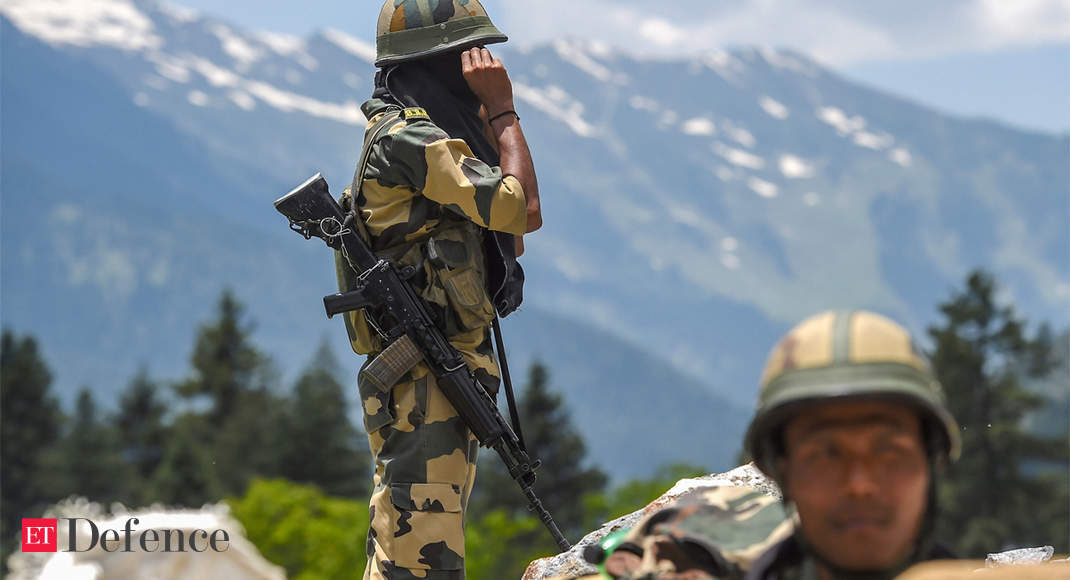 ladakh: After fresh tensions in Ladakh, China says it hopes for disengagement as soon as possible

Share
Facebook
Twitter
Pinterest
WhatsApp
Beijing: As a fresh border confrontation erupted between Indian and Chinese troops in eastern Ladakh, China on Tuesday hoped disengagement can be achieved as soon as possible through mutual consultations, flagging approaching harsh winter in the region.

Chinese Foreign Ministry spokesman Zhao Lijian expressed this hope hours after India and China accused each other of firing in the air near the Pangong lake at the Line of Control(LAC) in eastern Ladakh on Monday.

The Indian Army said Chinese troops fired shots in the air and attempted to close in on an Indian position in eastern Ladakh on Monday as it rejected charges by China’s People’s Liberation Army(PLA) that it transgressed across the LAC.

The remarks by the Army came after the PLA late on Monday night alleged that the Indian troops crossed the LAC and “outrageously fired” warning shots near the Pangong lake.

The use of firearms along the LAC marks a serious escalation in border tensions as the previous instance of shots being fired at the de-facto border was in 1975.

Spokesman Zhao spoke about disengagement when asked at a media briefing about restoration of the status quo by disengaging the troops.

“You have a good wish. We all hope our troops get back to their camping area and there won’t be any more confrontation in the border areas.

“You know that place has a very bad natural condition and it is above a height of 4,000 metres,” he added.

“In winter this is not good for humans to live. So we hope, through diplomatic and military channels and through consultations on the ground we can achieve disengagement as soon as possible and reach consensus.”

India has already called on China to work jointly for “complete disengagement and de-escalation” on the LAC, saying the future of the bilateral relationship is dependent on the situation along the border.

This is the first time in the four-month-long border standoff that China has officially acknowledged the harsh conditions of the mountainous Ladakh region in winter where the temperatures plummet to minus 30 degrees Celsius posing major health hazards to the thousands of troops mobilised by the two armies.

Reports from the area said both sides were making arrangements for a long drawn out faceoff especially at the Pangong lake area where the troops were positioned eyeball to eyeball with heavy weapons and armoury.

Asked about Indian allegations that it was Chinese troops which took provocative steps first, he read out the statement of the PLA’s Western Theater command spokesman on Monday alleging that Indian troops illegally crossed the LAC and “outrageously fired warning shots” on Chinese border patrol soldiers forcing them to take countermeasures.

“I also want to stress in this incident, the Indian side fired shots to the Chinese border troops first. This is the first time since 1975 that the tranquility is interrupted by the shots. And the Chinese side always stresses that both sides should peacefully settle our differences through dialogue and consultations. Confrontation won’t benefit either,” he said.

Asked about what kind of consultations and countermeasures Chinese troops have taken, Zhao said “through diplomatic and military channels we have made stern representations asking the Indian side to immediately stop its dangerous actions, immediately withdraw the people who crossed the line and discipline its front-line troops and those who fired the warning shots and then make sure won’t happen again.”

“Currently I have no further information for you. I believe I made China’s position clear on this,” he said when asked whether the PLA troops fired back.