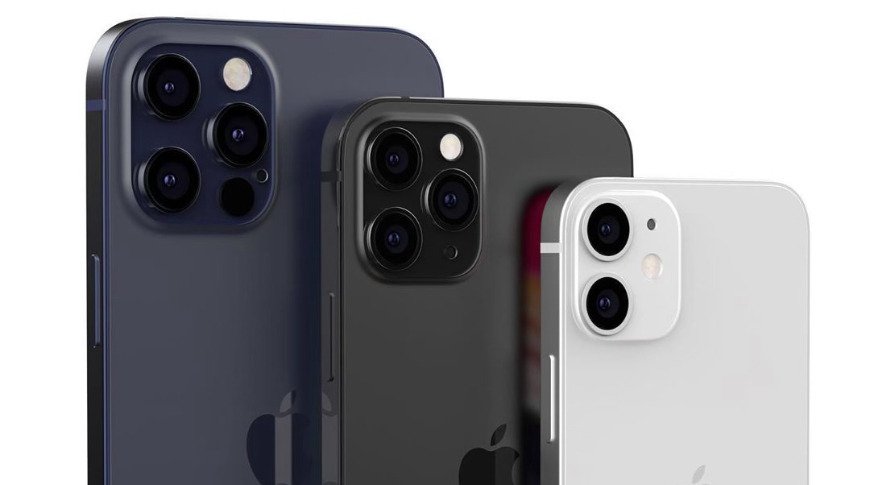 There is no better month than September for smartphone-addicted people. In September a lot of important handsets go official every year, including the new iPhones by Apple. And while the launch date of the new Apple devices is still unconfirmed, a lot of other phones are already scheduled to launch this month. Here you will find a list of all the most important upcoming smartphones in September 2020 from mainstream smartphone manufacturers.

The Huawei Mate 40 series will be officially announced at the Huawei Developer Conference which will be held on September 10. During the conference, Huawei will also announce the EMUI 11 customization based on Android 11. The Huawei Mate 40 will be the last series of smartphones equipped with a Kirin chipset: Huawei can not produce its chipsets anymore due to the U.S. ban. The SoC powering the new lineup will be the Kirin 9000 which may be available in limited quantities because the partnership between Huawei and TSMC (the company producing Kirin chipsets) will end on September 15. The Huawei Mate 40 series is expected to include phones with 90 Hz display, resolutions up to Quad HD+, and display diagonals up to 6.78 inches.

Apple still did not announce the exact launch date of the iPhone 12 lineup which contains the most awaited upcoming smartphones of September 2020, but according to the latest rumors, it will launch this month despite the Covid-related issues. The series will include at least four models with different display diagonals, including 5.4, 6.1, and 6.7 inches. The high-end models are expected to come with a 120 Hz refresh rate and the same LiDAR scanner found on the latest iPad Pro. They will be the first 5G iPhones and they will be powered by the Apple A14 mobile platform manufactured by TSMC.

After launching the Pixel 4a, Google is preparing the launch of the Google Pixel 4a 5G and Pixel 5. Unlike the previous years, this year we will get only mid-range Pixel phones. Indeed, the Pixel 5 will be most likely fueled by the Snapdragon 765G platform, just like the Pixel 4a 5G. Both the handset should feature the same camera department including a Sony IMX363 main sensor with a 12.2 MP resolution and a 16 MP ultrawide camera. On the front side, we expect a Sony IMX355 with an 8 MP resolution, while the battery should have a capacity of 4000 mAh on the Google Pixel 5 and 3800 mAh on the Pixel 4a 5G. The Snapdragon 765G will be paired with 8 or 6 GB of RAM depending on the variant.

LG Wing will be official on September 14 and it will be a very innovative phone. It will feature a unique design including a dual display mechanism. There will be the main display on a top swivel to a 90-degree angle, and also another display behind it. It is something we have already seen years ago with flip phone where a few devices could have their screens rotate up to reveal a keypad. But this time, the keypad will be replaced by a secondary display.

Realme 7i is the third phone from the Realme 7 series and it will be an entry-level device launching on September 17 alongside the vanilla Realme 7 in Indonesia. The handset has a punch-hole LCD display with an HD+ resolution of 720 x 1600 pixels. Just like the Realme 7, it supports a 90 Hz refresh rate. But instead of the Helio G95 chipset, users will get a Snapdragon 662 SoC paired with 8 GB of RAM and 128 GB of internal storage. The rear camera setup will feature a 64 MP main camera, an 8 MP ultrawide sensor, and a pair of 2 MP lenses, while the front panel will house a 16 MP selfie snapper in the punch-hole display. Another great feature is the 5000 mAh battery with 18W fast charging.

POCO M2 is set to debut in India tomorrow, on September 8. The company already confirmed a few specifications of the new mid-ranger. The POCO M2 will feature a Full HD+ display with a dew-drop notch, 6 GB of RAM and a quad camera setup. It is expected to be built around the MediaTek Helio G80 processor. It should come with a polycarbonate body, a 5020 mAh battery, and different colors to differentiate it from the Redmi 9 Prime, since it will have very similar specifications.

Today Xiaomi launched the POCO X3 NFC in the global market. It is definitely one of the best value for money devices of 2020. Its specifications include an IPS display with a whopping 120 Hz refresh rate and a huge 5160 mAh battery. The phone is powered by the new Snapdragon 732G chipset which is an upgrade of the Snapdragon 730G, paired with LPDDR4x RAM and UFS 2.1 internal storage. It supports NFC and it has a quad rear camera including a 64 MP Sony IMX682 main sensor, a 13 MP ultrawide sensor, and a pair of 2 MP lenses. The prices start from €199 (early bird price) for the 6/128 GB configuration.

On September 10, Samsung will launch the Galaxy M51 in India. This device already went official a few days ago with a price tag of €360 for the German market. Its key feature is a huge 7000 mAh battery, the biggest ever seen on a Samsung phone. The Galaxy M51 sports a 64 MP quad-camera, a Super AMOLED display, and a Snapdragon 730 chipset paired with 6 GB of RAM and 128 GB of expandable storage.

Sony confirmed that the compact Xperia 5 II will be official on September 17 and made a promo video to highlight its features. It will feature a 120 Hz screen refresh rate as well as a 240 Hz touch sampling rate and dual front-facing stereo speakers. It will also be able to record slow-motion 4K videos in 120 fps.

The second Motorola foldable phone will go official on September 10 in China. Its real name is still unknown but it will surely belong to the Razr series. It is expected to be powered by the Snapdragon 765G mobile platform offering 5G support, along with 8 Gb of RAM and 256 GB of native storage. It will be powered by a 2633 mAh battery and it will pack an internal foldable display and an external mini display for selfies, notifications, and more.

The innovative foldable phone by Microsoft will hit the U.S. shelves on September 10 and it is already on pre-orders. The handset features a dual display and a version of Android 10 optimized for its form factor. It is powered by the Snapdragon 855 chipset.