Gadgetsblog
HomeLifestyleNintendo's Go Vacation Is the Perfect Respite for 2020 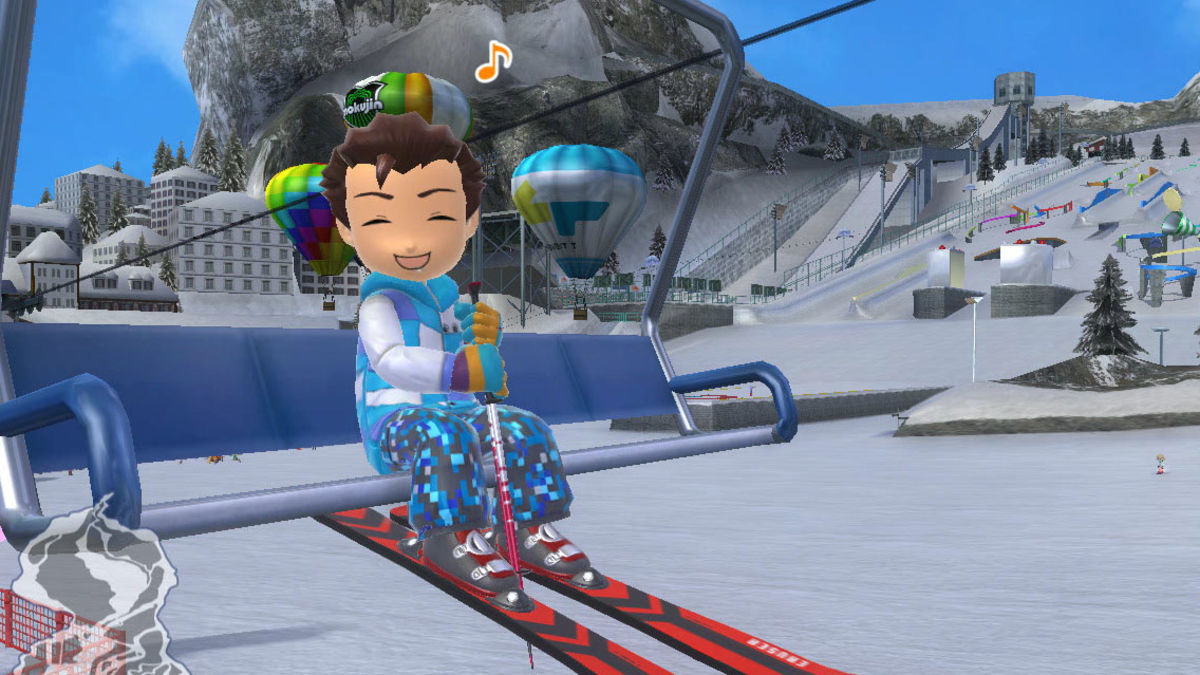 Nintendo’s Go Vacation Is the Perfect Respite for 2020

This is not my Mii, but it would be doing the same thing. Image: Bandai Namco Entertainment

Video games have the ability to take us to the furthest reaches of our imagination, telling award-winning science fiction, fantasy, and horror stories (or just turning us into giant blobs that fight each other). Given how terrible the real world has been lately, you’d think the best escape would be the spectacular. But no, seems all I want is to go on a decent vacation.

Gone are the days where I’ve been absorbed in Paper Mario: The Origami King (and the tragedy therein) or Fallout 4’s questionable Nuka World expansion. Instead, my new gaming obsessions have been, quite possibly, the most normal-ass experiences on the planet: The Sims, and Go Vacation for Nintendo Switch. Go Vacation is a ridiculous game where players visit vacation spots, playing disappointing mini-games, and hitting pedestrians with horses. And of course, everyone and their grandparents are familiar with The Sims, the game that indulges in the greatest fantasy of all: homeownership and a stable career.

In particular Go Vacation, developed by Bandai Namco, has been a welcome respite. First released for the Switch in 2018, it’s basically the console’s answer to Nintendo’s own Wii Sports Resort, released for the Switch’s predecessor in 2009. The game comes with four vacation spots: winter ski resort, tropical beach, city downtown, or mountain retreat (my personal favorite). You play as your Mii and can invite up to three companions to hang out with you at one of the locations (obviously the only one joining me right now is my husband, because social distancing sucks butt). The goal is pretty simple. You run, ski, drive, horsey, or kayak around the island and play mini-games. Most of them aren’t very good, but they’re easy to learn and even easier to play. You can also search for treasure, take photos at vistas, or decorate your lodge (I do not recommend this).

Hell yes, give me all the ponies.Image: Bandai Namco Entertainment

My husband and I played last weekend, spending over two hours at the mountain retreat riding kayaks, taking a ferry ride around the lake, and trying way too many times to successfully complete the bungee jumping mini-game. My husband was eager to try a round of tennis with me, determined he was going to win. He didn’t.

What was amazing was it all felt so… normal. There are no spells in this game, no boss battles to win. You can’t even hurt the NPCs (though you can annoy them by hitting them with your car). It’s harmless, stupid fun. And I think that’s appealing right now: Things that feel normal.

Sometimes, it seems like nothing is going right, because everything is different right now. Going to the movies, eating at a restaurant, taking a weekend away, or seeing family all come with these monumental caveats. This goes double for me because (surprise) I’m expecting a baby—it’s hard enough to think about how people’s actions affect your own health, let alone another person you’re growing. I just saw a friend yesterday and we couldn’t hug. That sucks, because it’s not normal. But it is necessary. We all need to be making the healthiest choices we can, for ourselves and the people around us. Since that means sacrifices have to be made, we have to try and find ways to compensate for them. For me, that means going on a virtual vacation in Nintendo Switch.

The Sims is getting ready to come out with an expansion that takes fans to the planet Batuu of Galaxy’s Edge fame, the Star Wars land in Disneyland and Disney World. I’ve never had a chance to go—was hoping to this year, but alas—so I’m going to take this as an opportunity to explore the world I’m missing out on because of the pandemic. Let me know what other ways you’re recreating normal fun during social distancing—I’m especially curious to hear if any of you have tried Disneyland Adventures. I’ve gotta say I’m tempted.