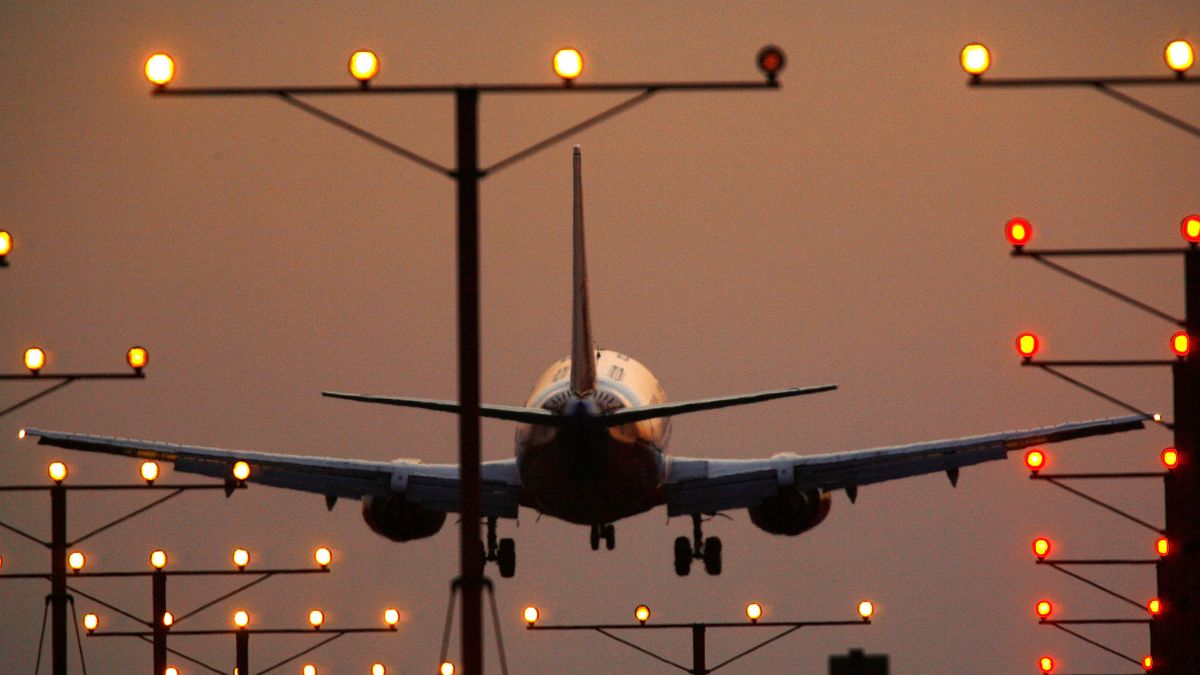 Did you fly a jetpack over Los Angeles at approximately 3,000 feet on Sunday? Some kind of tiny helicopter? Maybe a lawn chair with balloons tied to it?

If the answer to any of the above questions is “yes,” you should probably lay low for a while (by which I mean cool it on the single-occupant flying machine). That’s because passing airline pilots spotted you, and now it’s this whole thing with the FBI and the Federal Aviation Administration, both of which are investigating.

As originally reported by Fox 11 Los Angeles, an American Airlines pilot contacted air traffic controllers at LAX at around 6:35 p.m. local time on Sunday to warn he had seen a “guy in a jetpack.” The pilot was roughly 3,000 feet in the air and just 10 miles out on a landing approach, with the unknown vehicle seemingly as close as 300 yards away. Another pilot, identified in the audio as flying for SkyWest, then confirmed to LAX that Mr. Jetpack had zipped on by within eyesight of their plane.

Audio is available via air traffic control radio transmission site LiveATC, but here’s a transcript of the American Airlines pilot talking to LAX:

The SkyWest pilot chimed in shortly after:

According to Fox 11, the incident appears to have resulted in something of a clusterfuck:

Efforts to find out more from the pilot went nowhere, and representatives from American Airlines told FOX 11 to contact the FAA. The FAA told us they turned the report over to the LAPD for investigation, possibly trying to locate the person via a helicopter or ground patrol. The LAPD tells FOX 11 they received no such report from the FAA.

About the only thing clear about this situation is that whether or not the pilot reports were accurate about the exact nature of the vehicle in question, whoever was flying it was being incredibly reckless. Flying unauthorized aircraft in controlled airspace, let alone the vicinity of one of the country’s busiest airports, runs the risk of a midair collision with potentially catastrophic consequences.

It’s possible the pilots saw something else—like a large drone or other aircraft that simply resembled a guy in a jetpack to the naked eye. That would be much less of a headscratcher, as commercial jetpacks are few and far between. The Drive noted there have been several companies making strides in personal flying machines in recent years, but none of them have much range (jetpacks require a lot of power), and most of them can’t reach that height. Jetman Dubai’s famous Jetwings have no problem flying at that height, but the company hasn’t staged illegal stunts in the past.

New Zealand firm Martin Aircraft Company built a massive VTOL prototype using twin-ducted fans a few years ago. It shut down last year. There’s a company called JetPack Aviation in San Francisco that operates a model capable of harassing the pilots, but it doesn’t sell them and it requires training for would-be pilots. Founder David Mayman told the New York Times, “Honestly, we don’t know who’s working on a machine that would be foolish enough or reckless enough to do that.”

Other speculatory explanations include some kind of flying car that the pilots reasonably described as a jetpack, though that raises more questions without answers. Finally, hobbyists have built remote controlled aircraft shaped like superheros, which sounds like a far-fetched explanation but becomes relatively less unconvincing when one considers the odds it was actually a guy in a jetpack.

Occam’s razor might be that the pilots were mistaken about the type of aircraft involved, but Ohio State aviation professor Seth Young told the Times and two retired pilots told Fox 11 they wouldn’t dismiss the accounts of the pilots.

Young told the paper pilots have excellent eyesight and he “would not dispute a pilot’s perception.”

“The risk is obviously having a collision with that airplane or getting a drone, or the person getting ingested into an engine,” Young added. “We have these issues with birds flying within congested airspace, as well.”