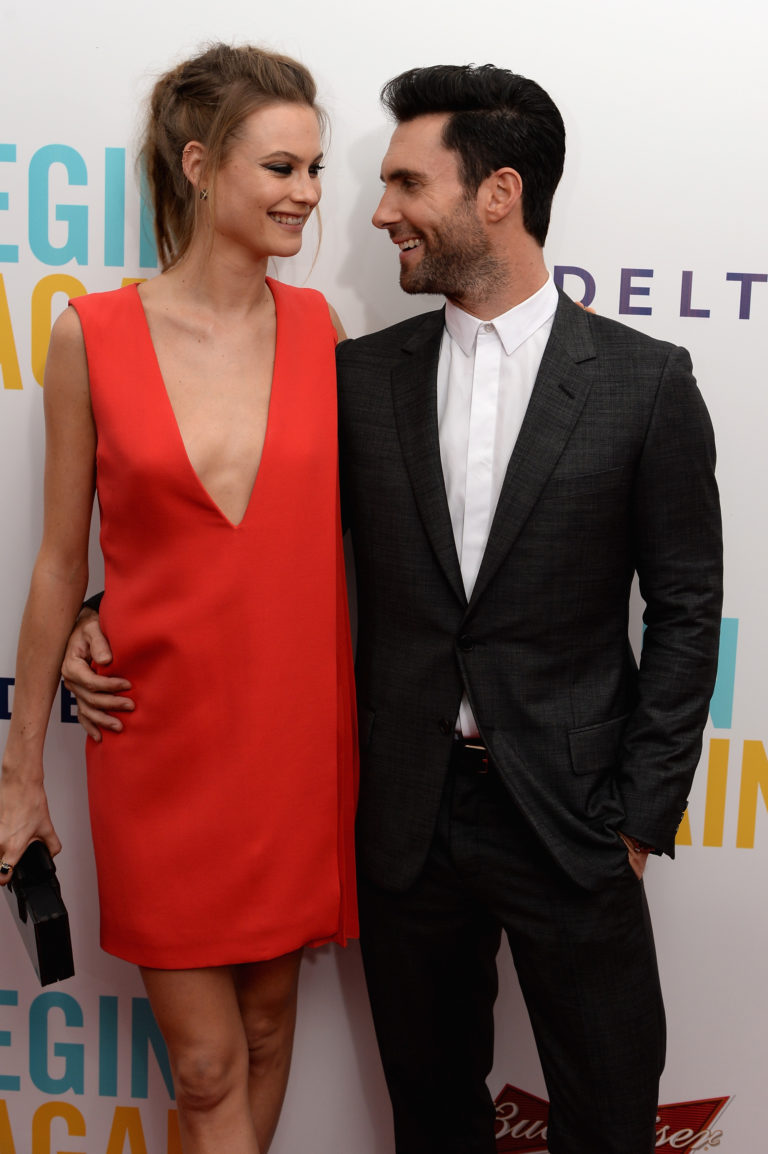 Adam Levine and Behati Prinsloo were all in the news when everyone came to know that their marriage is in trouble. There were reports that Adam Levine and Behati Prinsloo are all set to part their ways. Reports claimed that the couple had decided to get separated and live an independent life. It was also heard that Maroon 5’s tour us responsible for creating differences among the two.

A magazine also claimed that Adam and Behati are spending more time with their friends to move on. There was news that they both were reluctantly falling apart from each other. According to some reports, Behati Prinsloo stopped talking to Adam to teach him a lesson and to make him realize her worth. She went to Mexico with her Girl gang to make Adam realize his mistakes. One of the sources said that Prinsloo was spending more and more time with her friends. Adam was out for a tour and was not willing to come back home. This caused more tension in their personal as well as professional life.

But on a serious note, all these reports are just a part of rumors, and there is no truth in these reports. Read to know more.

Rumors Proved to be false.

So as we know that stars are always surrounded by one or the other rumors. The fact is there is still love growing between Adam and Behati. The couple is rock solid and no such news can break them apart. So the fans should not pay any attention to such fake news. Adam and Prinsloo are well and in love. They are enjoying their life and are blessed with a cute kid. On the professional front, Maroon 5’s world tour has also been delayed due to the coronavirus outbreak. Recently Behati posted a video on father’s day with her husband and child. The trio was seen enjoying and partying. Kevin also applauded Prinsloo on Mother’s Day for being the best mother.