What if the first coronavirus vaccines aren’t the best?

Seven months into the coronavirus crisis, with more than 30 vaccines rapidly advancing through the rigorous stages of clinical trials, a surprising number of research groups are placing bets on some that have not yet … 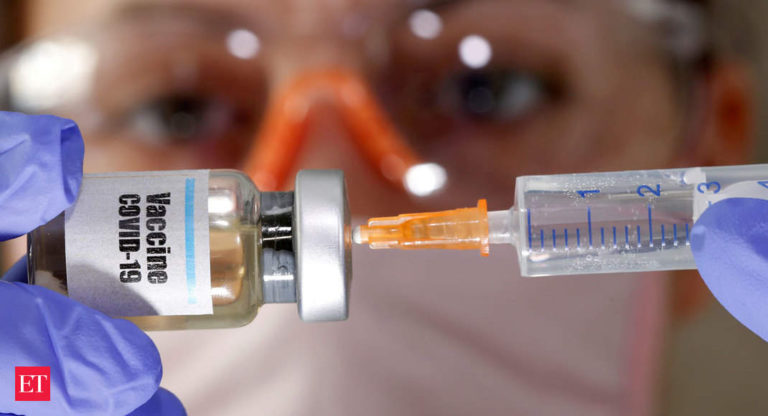 Seven months into the coronavirus crisis, with more than 30 vaccines rapidly advancing through the rigorous stages of clinical trials, a surprising number of research groups are placing bets on some that have not yet been given to a single person.

The New York Times has confirmed that at least 88 candidates are under active preclinical investigation in laboratories across the world, with 67 of them slated to begin clinical trials before the end of 2021.

Those trials may begin after millions of people have already received the first wave of vaccines. It will take months to see if any of them are safe and effective. Nevertheless, the scientists developing them say their designs may be able to prompt more powerful immune responses, or be much cheaper to produce, or both — making them the slow and steady winners of the race against the coronavirus.

“The first vaccines may not be the most effective,” said Ted Ross, the director of the Center for Vaccines and Immunology at the University of Georgia, who is working on an experimental vaccine he hopes to put into clinical trials in 2021.

Many of the vaccines at the front of the pack today try to teach the body the same basic lesson. They deliver a protein that covers the surface of the coronavirus, called spike, which appears to prompt the immune system to make antibodies to fight it off.

But some researchers worry that we may be pinning too many hopes on a strategy that has not been proved to work. “It would be a shame to put all our eggs in the same basket,” said David Veesler, a virologist at the University of Washington.

In March, Veesler and his colleagues designed a vaccine that consists of millions of nanoparticles, each one studded with 60 copies of the tip of the spike protein, rather than the entire thing. The researchers thought these bundles of tips might pack a stronger immunological punch.

When the researchers injected these nanoparticles into mice, the animals responded with a flood of antibodies to the coronavirus — much more than produced by a vaccine containing the entire spike. When the scientists exposed vaccinated mice to the coronavirus, they found that it completely protected them from infection.

The researchers shared their initial results this month in a paper that has yet to be published in a scientific journal. Icosavax, a startup company co-founded by Veesler’s collaborator, Neil King, is preparing to begin clinical trials of the nanoparticle vaccine by the end of this year.

U.S. Army researchers at the Walter Reed Army Institute have created another spike-tip nanoparticle vaccine, and are recruiting volunteers for a clinical trial that they also plan to start by the end of 2020. A number of other companies and universities are creating spike-tip-based vaccines as well, using recipes of their own.

Antibodies are only one weapon in the immune arsenal. Blood cells known as T cells can fight infections by attacking other cells that have been infiltrated by the virus.

“We still don’t know which kind of immune response will be important for protection,” said Luciana Leite, a vaccine researcher at Instituto Butantan in São Paulo, Brazil.

It’s possible that vaccines that arouse only antibody responses will fail in the long run. Leite and other researchers are testing vaccines made of several parts of the coronavirus to see if they can coax T cells to fight it off.

“It’s a second line of defense that might work better than antibodies,” said Anne De Groot, the CEO of Epivax, a company based in Providence, Rhode Island.

Epivax has created an experimental vaccine with several pieces of the spike protein, as well as other viral proteins, which it plans to test in a clinical trial in December.

The effectiveness of a vaccine can also be influenced by how it gets into our body. All of the first-wave vaccines now in clinical trials have to be injected into muscle. A nasal spray vaccine — similar to FluMist for influenza — might work better, since the coronavirus invades our bodies through the airway.

Several groups are gearing up for clinical trials of nasal spray vaccines. One of the most imaginative approaches comes from a New York company called Codagenix. They are testing a vaccine that contains a synthetic version of the coronavirus that they made from scratch.

The Codagenix vaccine is a new twist on an old formula. For decades, vaccine makers have created vaccines for diseases such as chickenpox and yellow fever from live but weakened viruses. Traditionally, scientists have weakened the viruses by growing them in cells of chickens or some other animal. The viruses adapt to their new host, and in the process they become ill-suited for growing in the human body.

The viruses still slip into cells, but they replicate at a glacial pace. As a result, they can’t make us sick. But a small dose of these weakened viruses can deliver a powerful jolt to the immune system.

Yet there are relatively few live weakened viruses, because making them is a struggle. “It’s really trial-and-error based,” said J. Robert Coleman, the chief executive of Codagenix. “You can never say exactly what the mutations are doing.”

The Codagenix scientists came up with a different approach. They sat down at a computer and edited the coronavirus’ genome, creating 283 mutations. They then created a piece of DNA containing their new genome and put it in monkey cells. The cells then made their rewritten viruses. In experiments on hamsters, the researchers found that their vaccine didn’t make the animals sick — but did protect them against the coronavirus.

Codagenix is preparing to open a Phase 1 trial of an intranasal spray with one of these synthesized coronaviruses as early as September. Two similar vaccines are in earlier stages of development.

The French vaccine maker Valneva plans to start clinical trials in November on a far less futuristic design. “We are addressing the pandemic with a rather conventional approach,” said Thomas Lingelbach, the CEO of Valneva.

Valneva makes vaccines from inactivated viruses that are killed with chemicals. Jonas Salk and other early vaccine makers found this recipe to work well. Chinese vaccine makers already have three such coronavirus vaccines in Phase 3 trials, but Lingelbach still sees an opportunity for Valneva making its own. Inactivated virus vaccines have to meet very high standards for purification, to make sure all the viruses are not viable. Valneva has already met those standards, and it’s not clear if Chinese vaccines would.

Even if the first wave of vaccines work, many researchers worry that it won’t be possible to make enough of them fast enough to tackle the global need.

“It’s a numbers game — we need a lot of doses,” said Florian Krammer, a virologist at Icahn School of Medicine at Mount Sinai in New York City.

Some of the most promising first-wave products, such as RNA vaccines from Moderna and Pfizer, are based on designs that have never been put into large-scale production before. “The manufacturing math just doesn’t add up,” said Steffen Mueller, the chief scientific officer of Codagenix.

Many of the second-wave vaccines wouldn’t require a large scale-up of experimental manufacturing. Instead, they could piggyback on standard methods that have been used for years to make safe and effective vaccines.

Codagenix, for example, has entered into a partnership with the Serum Institute of India to grow their recoded coronaviruses. The institute already makes billions of doses of live weakened virus vaccines for measles, rotaviruses and influenza, growing them in large tanks of cells.

Tapping into well-established methods could also cut down the cost of a coronavirus vaccine, which will make it easier to get it distributed to less wealthy countries.

Researchers at Baylor College of Medicine, for example, are doing preclinical work on a vaccine that they said might cost as little as $2 a dose. By contrast, Pfizer is charging $19 a dose in a deal with the U.S. government, and other companies have floated even higher prices.

To make the vaccine, the Baylor team engineered yeast to make coronavirus spike tips. It’s precisely the same method that has been used since the 1980s to make vaccines for hepatitis B. The Indian vaccine maker Biological E has licensed Baylor’s vaccine and is planning Phase 1 trials that will start this fall.

“They now already know they can make a billion doses a year,” said Maria Elena Bottazzi, a Baylor virologist. “It’s easy-breezy for them, because it was exactly the same bread-and-butter vaccine technology that they have been working with for years.”

Even if the world gets cheap, effective vaccines against COVID-19, that doesn’t mean all of our pandemic worries are over. With an abundance of other coronaviruses lurking in wild animals, another COVID-like pandemic may be not far off. Several companies — including Anhui Zhifei in China, Osivax in France and VBI in Massachusetts — are developing “universal” coronavirus vaccines that might protect people from an array of the viruses, even those that haven’t colonized our species yet.

Many scientists see their ongoing vaccine work as part of a long game — one that the well-being of entire nations will depend on. Thailand, for example, is preparing to purchase COVID-19 vaccines developed overseas, but scientists there are also carrying out preclinical research of their own.

At Chulalongkorn University, researchers have been investigating several potential candidates, including an RNA-based vaccine that will go into Phase 1 studies by early 2021. The vaccine is similar to one that Pfizer is now testing in late-stage clinical trials, but these scientists want the security of making their own version.

“While Thailand has to plan for buying vaccines, we should do our best to produce our own vaccine as well,” said Kiat Ruxrungtham, a professor at Chulalongkorn University. “If we are not successful this time, we will be capable to do much, much better in the next pandemic.”

Look what officials has to say about Naya Rivera after the incident at California lake. Click here and get to know everything in detail.