The Pandemic era has already limited our lifestyles, but still, health enthusiasts keep perform some physical activity to shape their bodies. Moreover, day-to-day life is coming back to normal across several countries. To further improve … 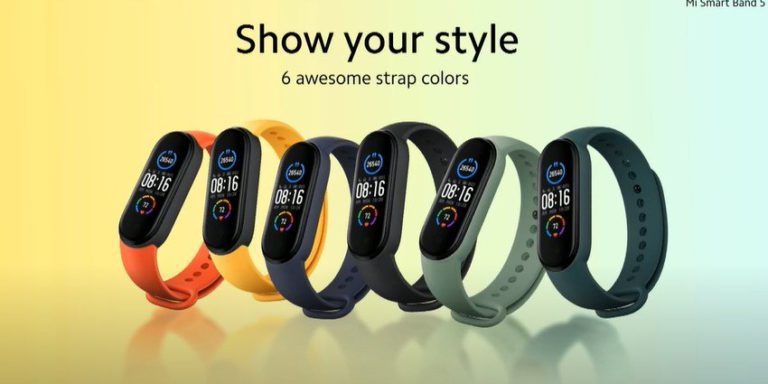 The Pandemic era has already limited our lifestyles, but still, health enthusiasts keep perform some physical activity to shape their bodies. Moreover, day-to-day life is coming back to normal across several countries. To further improve the new beginning, the users can grab the Xiaomi Mi Band 5 NFC fitness band to keep track of every step, and every calorie you burned. There are several other benefits such as heart rate monitor, notifications control, sleep monitoring, and much more.

Xiaomi Mi Band 5 NFC variant is officially limited to some markets across the globe. But, the interested users can order it via Giztop for a discounted price of $29.99.

The fitness band packs a 1.1-inch large AMOLED touch display with a resolution of 126 x 294 pixels. It even supports custom skins aka watch faces and users can develop their own watch faces for the fitness band.

It houses an upgraded high-precision six-axis sensor and PPG heart rate sensor for accurate 24 x 7 monitoring. The smartwatch can easily track sleep while you’re asleep to measure the quality of sleep. The smart band support over 11 sports mode including cycling, walking, swimming, skipping, rowing, and others.

Xiaomi Mi Band 5 NFC variants have the ability to control eh smart appliances such as Mijia air conditioners, rice cookers, and others. In China, you even get support for Xiaomi Voice Assistant. The NFC variants even enable contactless payments via Xiaomi Pay, Google ay, and other supported apps.

It is a 5ATM water resistance band that can withstand easily for some time under the depth of 50 meters water. It is an optimal choice even if you want to swim after wearing it. Xiaomi Mi Band 5 houses 125MAh battery which can last up to 14 days upon a single full charge. However, it takes a1.5 hours to fully charge from 0%.

Such a useful fitness band is available for the price of $29.99 from Giztop. You can grab it by sitting anywhere in the world.

Related: Amazfit Band 6 gets listed on AliExpress – a Mi Band 5 with SPO2 monitoring and Amazon Alexa

Jennifer Aniston shares a video of playing the game of Billiards with Courteney Cox!! See here!!