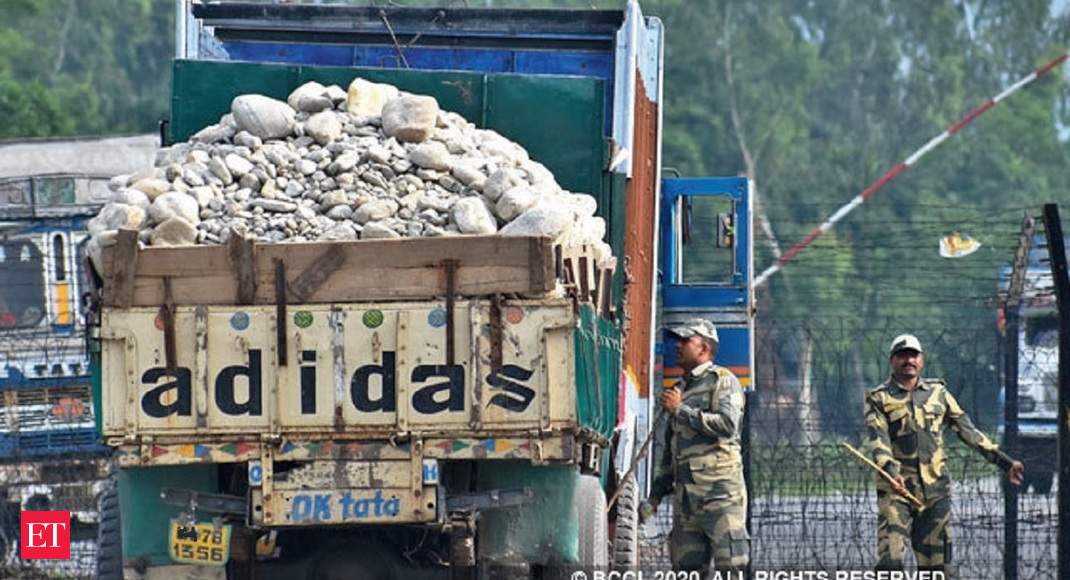 Share
Facebook
Twitter
Pinterest
WhatsApp
Siliguri/ Phuentsholling(Bhutan): Bringing relief to thousands of troubled Indians, Himalayan country Bhutan is going to bring its export of stone for concrete construction to Bangladesh to full swing soon. Though purely a bilateral issue between Bhutan and Bangladesh, the trade has deep involvement of India and its people in it.

To facilitate the cross border trade without hampering own pandemic control restrictions, Bhutan has developed a 60 acre area dry port at Samtse with one side of it touching Indo-Bhutan border zero line.

“Now Indian trucks will be allowed to enter the port and carry stock to Bangladesh. But they cannot enter Bhutan mainland crossing boundary of the dry port. Bhutan trucks or drivers will get involved only after the pandemic situation improves,” said a Bhutanese official.

Being landlocked, Himalayan country Bhutan needs to reach Bangladesh via Indian land only. Thus, “Involvement of Indians in the trade is too deep. Halt to the export following lockdown pushed all of them under deep crisis. The development is a great relief for them,” said Kamal Das, an Indian labour agent.

“Stone is an important component for any concrete construction. Rapidly developing Bangladesh needs a high volume of that though geology of the country has made it scarce there. On the other side, nearby hilly country Bhutan has huge stock of it. Eventually Bangladesh remains dependent on stone or boulders imported from Bhutan,” said senior structural engineer Anjan Ray.

The trade took a quantum jump after Bangladesh allowed duty free import of stone from Bhutan in 2015. Besides helping the entire construction sector there, the move facilitated construction of Bangladesh’s strategic 6.214 km long bridge over river Padma.

The stone rush pushed Bhutan’s annual stone export value from the usual few lakh Ngultrum only to 4.9 Billion in 2019. Eventually involvement of Indians in loading to transportation has also increased rapidly making thousands dependent on that.