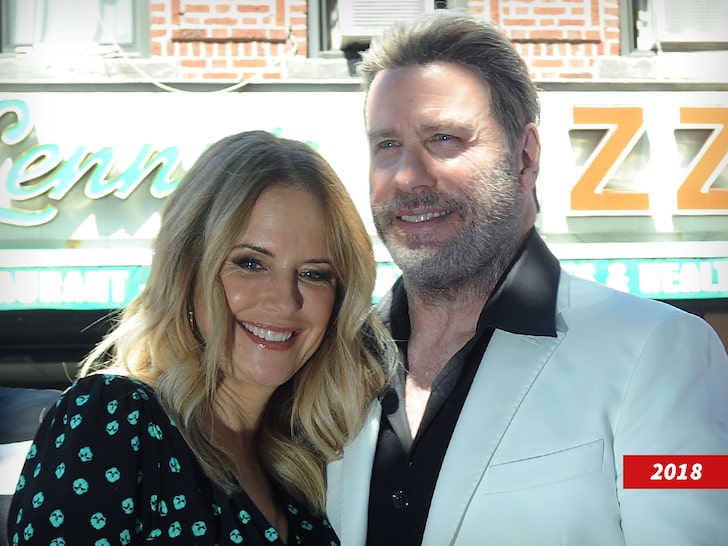 Kelly Preston wife of John Travolta died in July. Since John Travolta announced about her wife’s death on July 12th, he had never posted anything on his social media handle about her. But now he took to his social media handle of Instagram to share a short but sweet video of him dancing with his daughter to honour his late wife. Read the full story to know more about Kelly Preston’s death and how she fought Breast Cancer till her last breath.

He captioned the video “One of Kelly’s favorite things, dancing with me.” and tagged his 20 years old daughter Ella (@ella.travolta) in the post.

This sweet gesture was applauded by all their fans and was well received by everyone. In the video, the Father and Daughter can bee seen dancing to the piano music in the background. They use to call Kelly as ‘momma’ as could also be seen in the caption of the video.

Kelly Preston was fighting a personal battle with breast cancer. She was a great actress. Kelly bravely fought the fight against the deadly disease but it got better of her and she died in July at the age of just 57. Kelly Preston and John Travolta had been married for 28 years full of happiness and love. With a heartfelt message, John announced the demise o his beloved wife and was in utter grief. John wrote on his social media handle, “She fought a courageous fight with the love and support of so many. Kelly’s love and life will always be remembered”.

Daughter Ella also took to her Instagram handle to write about her mother. She praised her mother for being the courageous, strong and beautiful woman that she was. In a long paragraph, Ella wrote about how her mother Kelly Preston would light up the room with happiness. She also thanked her mother for showering with her love and happiness and making the world a better place to live in.