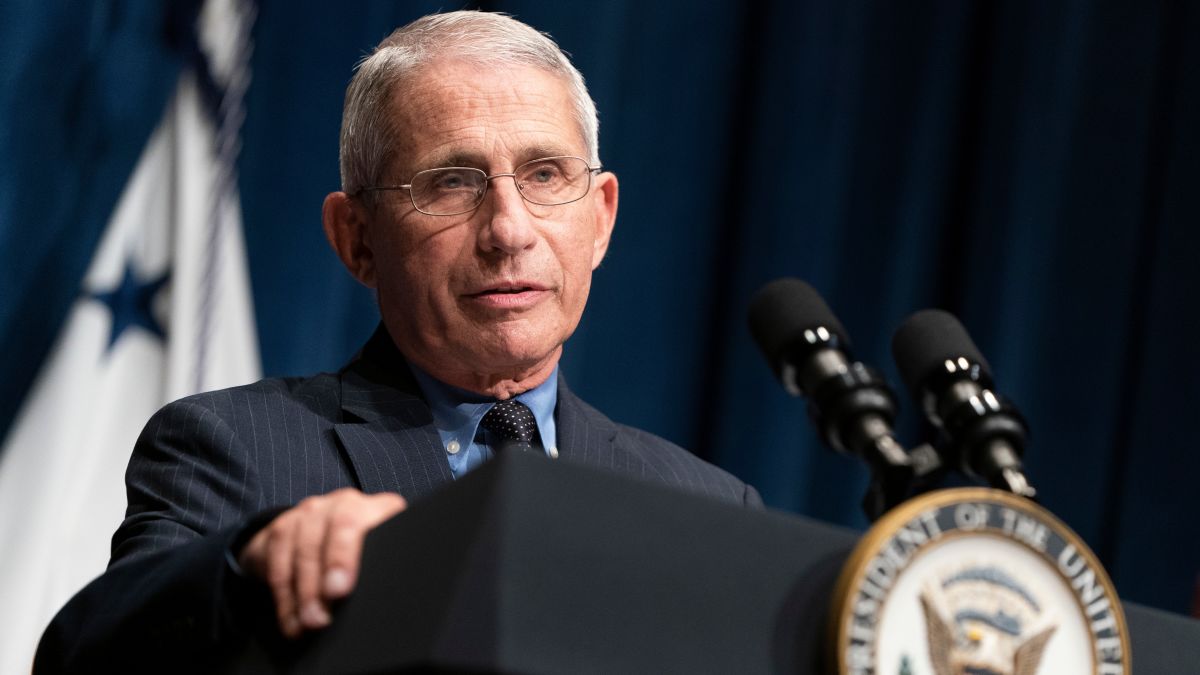 Dr. Anthony Fauci said on Wednesday that he wasn’t present in the room when other members of the White House Coronavirus Task Force decided to change its covid-19 testing guidelines. In fact, he was zonked out to high heaven on general anesthesia in an operating room.

On Monday, the Centers for Disease Control and Prevention abruptly (and quietly) modified its testing guidelines to say that individuals who may have been exposed to someone with the novel coronavirus “do not necessarily” need to get tested, especially if they are not exhibiting symptoms or haven’t been directed to by a doctor. Before, the CDC recommended anyone potentially exposed to seek testing. This modification struck many in the medical community as confusing and suspicious, given that scientists currently believe those who have contracted the virus but who are asymptomatic or have not yet exhibited symptoms are a major driver of new infections. Meanwhile, Donald Trump has made little secret of the fact he thinks widespread testing is part of a scheme to inflate case numbers and hurt him politically, rather than an effort to track and control the spread of a disease now estimated to have killed at least 179,000 people across the country.

The CDC ultimately is in charge of the guidelines. But Health and Human Services assistant secretary for health Admiral Brett P. Giroir told reporters the White House task force reached “absolute consensus” on the new guidelines at a meeting on August 20, specifically noting that Fauci was involved in the process. Fauci, the director of the National Institute of Allergy and Infectious Diseases and the most visible official on the task force, told CNN on Wednesday he wasn’t at that meeting.

“I was under general anesthesia in the operating room and was not part of any discussion or deliberation regarding the new testing recommendations,” Fauci told CNN’s Dr. Sanjay Gupta. “I am concerned about the interpretation of these recommendations and worried it will give people the incorrect assumption that asymptomatic spread is not of great concern. In fact it is.”

(Fauci was having a polyp removed from his vocal cords, according to Stat News.)

According to CNN, the idea was proposed in July by Redfield, who previously faced accusations he was rolled by the Trump administration on school reopening guidelines and has been largely sidelined during the crisis. The idea was “met with immediate resistance from several task force members,” but when it was brought back up on Aug. 20, Fauci wasn’t there to dissent.

Anonymous federal health officials told CNN and the New York Times the directive to change the guidelines didn’t originate with the CDC at all but instead came from higher in the food chain. If fewer tests turned up fewer cases, that could help create the impression the situation is more under control than it really is. Infectious disease experts told Gizmodo they had similar concerns about the Food and Drug Administration’s emergency use authorization this week for convalescent plasma to treat covid-19, saying it lacked rigorous scientific data to support it.

The CDC also removed guidance instructing those returning from overseas or out of state to self-isolate for two weeks on Monday.

“I mean, the evidence that I’m aware of as of today is that close to 40% of the cases of the infections are asymptomatic and asymptomatic people transmit the infection,” Emory University School of Medicine associate dean and infectious disease specialist Dr. Carlos del Rio told CNN. “So, not testing—I mean, if you have been in contact with somebody for a few minutes, that’s okay. But if you have been in contact for 15 minutes and that people doesn’t have a mask, I think you need to be tested regardless if you have symptoms or not.”

“This is a collective experience that grows more concerning each day. It is substituting potential partisan policy for good regulatory and public health science,” University of Minnesota Center for Infectious Diseases Research and Policy director Michael Osterholm told Stat. “The two foundational organizations in this country for public health really have been the CDC and the FDA and the credibility of both has just really been undercut.”

That’s “the worst thing that we can have happen to us in terms of public health credibility,” Osterholm added.