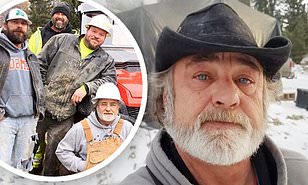 The Discovery Chanel fame Jesse Goins, who played a miner in the series “Gold Rush” died on set due to unknown reasons. The cause of death is not confirmed as he was found in an unconscious state in the Gold room. The miner played a role in Gold Rush spinoff since 2019. He worked in the Gold room. Some crew members found lying on the floor and called medical help immediately. Jesse Goins was later declared dead in the hospital. Read the whole sorry to know more about the incident and to look back on his journey as a Gold miner.

Let us have a look at this video reporting his death-

Jesse Goins was working on the sets of the Spinoff show of Gold Rush named Gold Rush: Dave Turin’s Lost Mine. Dave Turin and Jesse Goins had been exploring the left alone Gold mining sites and betting on which one should they restart in order to revamp their earning. The sister they were now working was the Colorado site. Jesse Goins was working in this site for almost a year now. He was working in the Gold Room where they sorted the metal from other scraps. On one night one of the crew members saw Jesse Goins lying on the floor in an unconscious state. They shifted Jesse to a local hospital. The Hospital authorities declared him dead. One of the Discovery channel representatives reported that the cause of death is yet not known.

Jesse Goins was 60 years of age. He is left behind his Wife. All the crew members mourned after they lost a gem of a person fro their team. Dave Turin took to his social media handle and wrote that Jesse was a wonderful person and the one with whom he trusted on for his family. Jesse Goins has left a hole in the Gold Miners’ team. 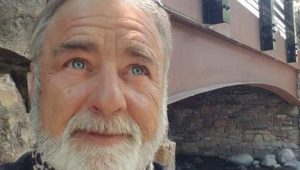 Gold Rush follows several family-run mining companies which use extensive technology to dig out gold and earn for living. They are mostly based in the Klondike region of Dawson City, Yukon, Canada, and mining is what they live by.