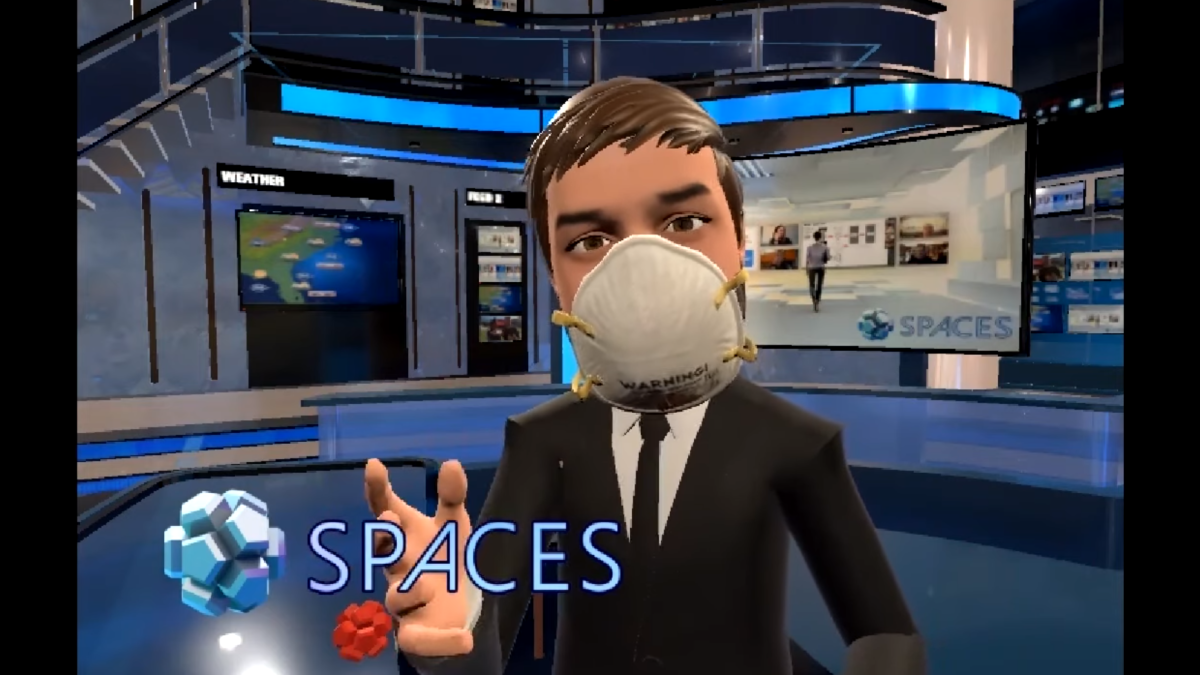 Apple has quietly acquired VR startup Spaces, according to a Monday report by Protocol, though it’s not entirely clear role the company has to play in Apple’s AR and VR ambitions.

Spaces spun out of Dreamworks Animation in early 2016, quickly earning contracts with companies ranging from Microsoft to NBCUniversal to develop a variety of VR and “mixed reality” experiences (such as a Terminator Salvation-themed walk-through shooting gallery). Protocol previously reported that these locations had to be shut down amid the novel coronavirus pandemic, leading to Spaces pivoting to a Zoom add-on that allows presenters to jump in via a VR avatar. The company didn’t expect a rapid return to business as usual.

“We like to keep busy making things,” Spaces CEO Shiraz Akmal told Protocol. “We can’t sit around waiting a year for something to return… Even if parks open up, which they are trying to do, we don’t see them spending money on building new things for a while.”

Spaces has announced it is shutting down its product line and thanked its customers in a brief statement.

“Thank you to our users and partners who participated in our awesome VR video conferencing product and the many people who enjoyed our VR location-based entertainment attractions found at theme parks, theaters, and more,”

Apple has been rumored to be working on its own AR/VR headset for years, though it’s remained in the realm of rumors (some of them stretching the boundaries of plausibility) and any product release likely remains far in the future. A June 2020 Bloomberg report suggested that Apple is actually working on two products—a headset for gaming and a technologically more complex set of AR glasses that could be used for a variety of other purposes. It’s not clear whether Apple bought Spaces primarily to assist that kind of hardware development or the tech giant’s interest was piqued by videoconferencing products or VR rides. As 9to5Mac noted, the Bloomberg report mentioned Apple intends for the headset to come equipped with ultra-high-resolution displays and a “cinematic speaker system,” something that might be right up Spaces’ alley.

It is also possible that Apple is just taking the opportunity to suck up talent. According to Protocol, Apple has recently bought up other AR/VR firms including NextVR, Akonia Holographics, and Vrvana.

Neither Apple or Spaces responded to Protocol’s request for comment.