Gadgetsblog
HomeEntertainmentGravity Falls: Will Alex Hirsch return with 'Gravity Falls'? What should the fans expect? and more updates 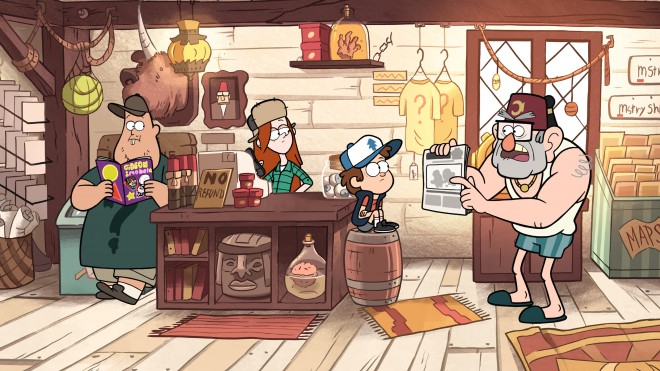 Gravity Falls: Will Alex Hirsch return with ‘Gravity Falls’? What should the fans expect? and more updates

‘Gravity Falls’ is a show by Disney Channel created by Alex Hirsch. It is one of the smartest, nerdiest, and wittiest cartoons ever! Gravity Falls is about two siblings who head to the mysterious town of Gravity Falls in Oregon. There they spend their summer vacation with their uncle Stan. Not a usual summer vacation to be honest. Read the article to find out more.

For their summer vacation, twins Dipper and Mabel Pines go to the mysterious and fictitious town of Gravity Falls in Oregon to spend the summer with their Great Uncle Stan Pines. Uncle Stan runs a tourist trap called the “Mystery Shack”. Further, an unbreakable chain of puzzles and paranormal mysteries are attempted by the kids to solve. After Dipper discovers an unusual journal in the woods, he teams up with Mabel, Wendy, and Soos to unravel the several adventures and mysteries in the neighbourhood.

Updates on the next season:

As for the people who follow Alex Hirsch, knows that to give the characters a conclusive ending he has decided to end the show after the second season. Although, he wanted to end the show on a higher note so he released a one-off episode in 2016. He says he is still open to making graphic novels and independent shows. A graphic novel named ‘Gravity Falls: Lost Legends’ was released on July 24, 2018. After that, no further updates were released on the show nor by the directed or the creators of the show. Still, fans are eager on the next instalment of ‘Gravity Falls’ in whatever form it may be. Here’s a video on how Alex Hirsch might have dropped a hint for the next instalments. That all we have for now.