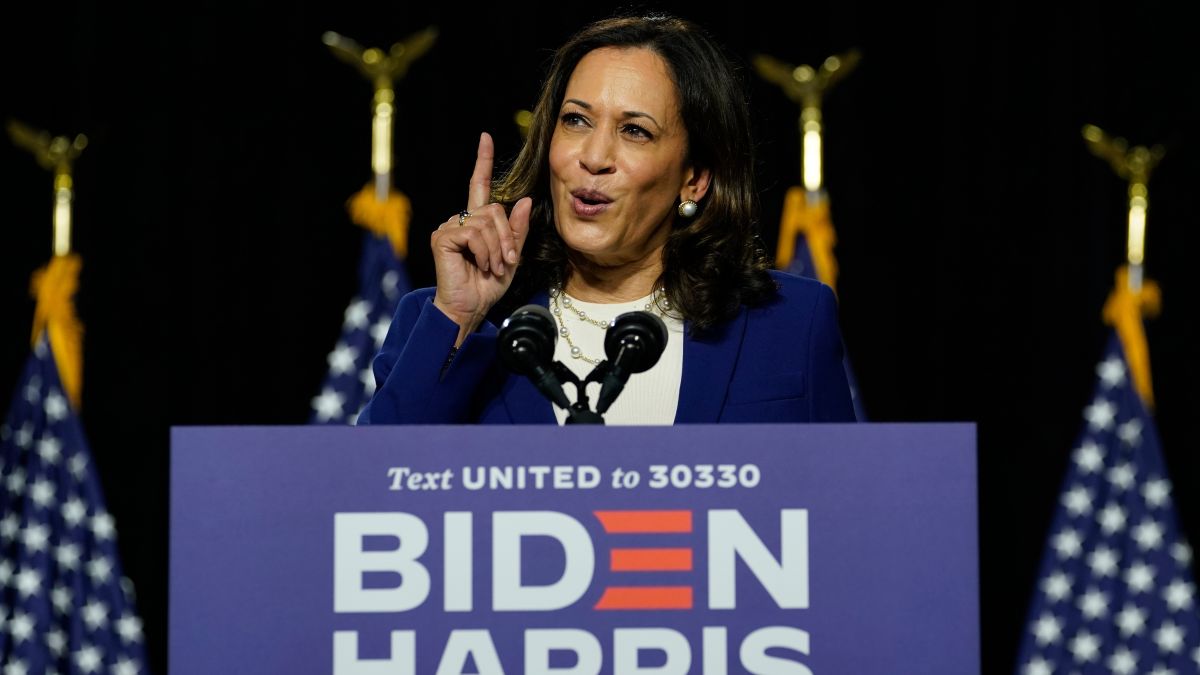 We finally have a woman of color on a major party ticket. Joe Biden’s selection of Sen. Kamala Harris as his vice president is historical and something to celebrate, but she still deserves scrutiny. This coupling makes some important climate battles especially hard if Biden wins the White House. But Harris’ past treatment of incarcerated people, in particular, also raises troubling climate concerns as well. People call Harris a cop for a reason.

California incarcerates more people than entire nations, and Black, Indigenous, and Latinx people make up the majority of those behind bars. California depends on its huge prison population to help fight wildfires, and Harris was a major proponent of the incarcerated wildland firefighting program during her time as state attorney general.

The California Department of Corrections and Rehabilitation (CDCR) had been struggling to recruit candidates for this program in recent years, and some prison reform policies threatened to further undercut the agency. Assembly Bill 109 passed in 2011. Its sole purpose was to help reduce prison populations of non-violent, non-serious, non-sex offenders—the exact groups CDCR recruited for firefighting duty. Three years later, voters passed Proposition 47, which reclassified some drug and theft offenses from felonies to misdemeanors. During that time, the courts also ordered the state to expand its early parole program, which involved expanding two-for-one credits, a perk that cuts two days off a person’s sentence for every day served.

Those policies were all designed to reduce the prison population. However, they also undercut the conservation camp program, which offered reduced sentences as a major draw. If incarcerated people can get an early release outside fire camps, then why would they risk their lives putting out wildfires?

Under Harris’ leadership in 2014, her office advocated against policies to do that because of the impact they’d have on available candidates for these conservation camps, the formal name for the program. Her office went so far as to file a court motion in 2014 in opposition to that order regarding early parole. The court motion read:

Extending 2-for-1 credits to all minimum custody inmates at this time would severely impact fire camp participation—a dangerous outcome while California is in the middle of a difficult fire season and severe drought. …

The extension of 2-for-1 credits to all [minimum security facility] inmates would likely make fire camp beds even more difficult to fill, as low-level, non-violent inmates would choose to participate in the MSF program rather than endure strenuous physical activities and risk injury in fire camps.

This is part of Harris’ legacy. It’s concerning, to say the least. She wanted to keep people in jail who deserved their freedom, all to ensure that the state would be able to fight increasingly large and dangerous fires on the cheap (CDCR and the California Department of Forestry pay a pittance of $5.12 per hour, with a $1 per hour raise for conservation camp members who are actively on the fire line).

“What you go on is really what people have done much more than what they have said,” said Panagioti Tsolkas, the co-founder of Fight Toxic Prisons. “You can’t expect the same people who have been doing the same things to reinforce mass incarceration to all of a sudden change their tone without massive public pressure.”

Wildfires have already become larger and more destructive across the West, and it will only get worse. Even if Biden and Harris win in November and make tremendous strides to bring down greenhouse gas emissions, they need to prepare for a more volatile climate. They’ll need comprehensive plans to prevent, prepare, and put out these worsening wild fires. Harris’s record, at least, shows a disturbing disregard for prisoners’ rights and a willingness to put the most vulnerable among us on the front lines of climate disaster. That matters because if their ticket wins, we could see the dependence on this prison labor on a larger scale.

The executive office isn’t responsible for state prisons and their populations, but it is responsible for the prisons under the federal Bureau of Prisons. There are more than 156,000 people in federal custody who could potentially be impacted.

“If we as a society take it serious that we don’t view prisoners as second-class citizens or as some permanent underclass or caste system, one of the first steps along the way is to get rid of the system of prison slavery, that you can economically exploit someone because they’ve been convicted of a crime,” Tsolkas said.

“I think she’s got to do some hard thinking about what it means to face a country that’s looking to drastically shift its policies around incarceration and address the fact that this toxic industry of mass incarceration has been really detrimental rather than rehabilitative.”

While Harris has made environmental justice a hallmark of her platform during her presidential run and time in the Senate, she hasn’t factored in the much-needed justice for incarcerated people or formerly incarcerated people. Sure, she’s made calls to end mass incarceration and the death penalty during her own presidential bid, but (like many other politicians) she hasn’t spoke about prisons in the context of the climate crisis. What role might incarcerated people play on this journey to climate justice? Will they be forced to front line to combat fires or left behind as a hurricane approaches? Or will we see true justice that rights past wrongs and brings everyone along into a new green economy? Her track record suggests that she can’t offer them much besides a shovel or work uniform to deal with the dangerous work free people don’t want to do.

“I think she’s got to do some hard thinking about what it means to face a country that’s looking to drastically shift its policies around incarceration and address the fact that this toxic industry of mass incarceration has been really detrimental rather than rehabilitative,” Tsolkas said.

With the Black Lives Matter and prison abolition movements growing more prominent, now is the moment for our leaders to have vision. The climate crisis is here, too, and they need to factor prisons and those locked away into the equation. Putting these vulnerable populations on the frontline of the climate crisis is not the answer, especially when they’re paid scraps and not afforded the same opportunities beyond prison. Climate and abolition advocates have been coming together recently, and they need to continue push on the Biden and Harris, particularly on this front.