Gadgetsblog
HomeTop TrendingNo One Will Believe That Christie Brinkley Is 66!! She's Ageing Like A Wine- Check it out! 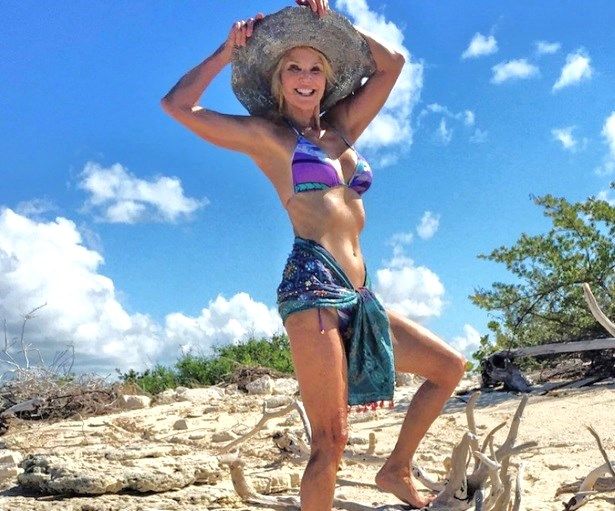 No One Will Believe That Christie Brinkley Is 66!! She’s Ageing Like A Wine- Check it out!

American model- Christie Brinkley once again proved her fans that she’s aging like a wine! The more she’s again the more beautiful she’s becoming! No one can believe that she’s 66! 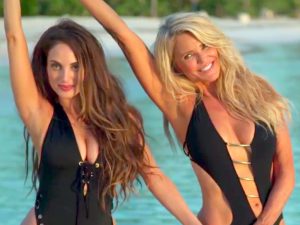 Christie Brinkly showed off her model body with three pictures in which she flaunted her figure and model legs. She posted these series of 3 pictures on her official Instagram account in which she is flattering in a black strapless one-piece swimsuit and showed some cleavage. With the hot black outfit, she layered a white cover-up shirt to her knees, a gold chain in her neck, and dark shades. She was spotted bare feet in the picture. She mentioned that she dipped her feats in beach sand.

She captioned the picture- Sunday Sunset Swim. The first two pictures she showed the “National Lampoon’s Vacation” leaning against a silver jeep and in the last picture she was spotted lifting her one leg up in the air. She was captured very happy and joyful in all the three pictures.

The picture is a center of attraction for all her fans and her comment box is flooded with how beautiful and young she looks along with around 14,000 likes. Her comments also proved that how people are getting inspired by her looks and want to look like her when they reach her age. 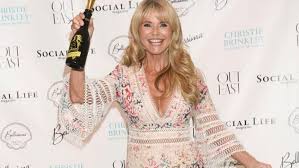 Christie had put on some extra weight during the quarantine but the model couldn’t stand herself gaining weight and switched to gymming to get back to her shape again and steal the show which is another inspiration to note down from her life. She has also started gardening activities along with boarding trips to close by the beach.

Christie once again proved that her glamour and charm are everlasting which always makes her look so young and graceful and she justifies her tag of forever young again and again.