Kylie Jenner the one who became a millionaire because of her fashion line and modeling is ever so gorgeous in whatever she dresses in. The Instagram fame styled in a Red Latex dress and Thigh-high … 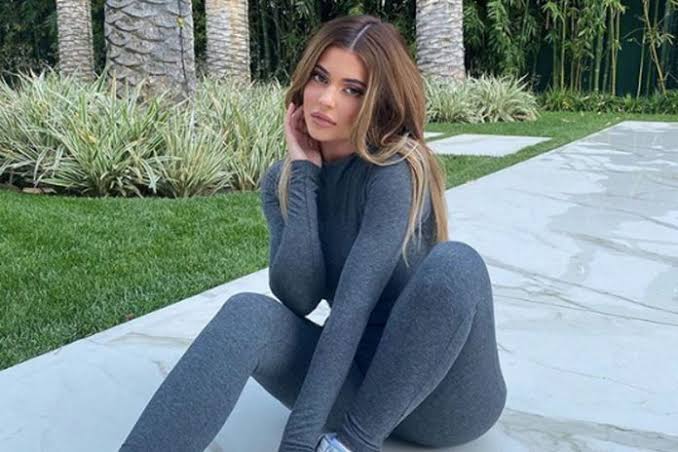 Kylie Jenner the one who became a millionaire because of her fashion line and modeling is ever so gorgeous in whatever she dresses in. The Instagram fame styled in a Red Latex dress and Thigh-high boots to feature on the cover of Vogue Hong Kong’s cover for The Act Now edition of the magazine. Read the full article to know more about her look and more.

The 22-year-old model looked stunning in the low-cut burgundy latex dress which was styled by Yves Saint Laurent. She paired it with black thigh-high boots to look rock the cover. the makeup mogul featured in the August edition of the magazine. The model took to her Instagram handle in order to post the cover photo for her fans and millions of followers. Kylie titled the post thanking Vogue Hong Kong and tagged them and the photographer, Greg Swales. She also posted a behind the scenes video of her photoshoot video of her by Greg Swales.

Her sister seemed to have loved her magazine cover. The Jenner sisters and Kim Kardashian and Khloe Kardashian commented beautiful comments on her Instagram post of the cover. Kim Kardashian West commented, “Just stunning!,” while Khloe commented, “Queen!!!”. The cover also featured a chunky gold chain in Kylie’s neck and her signature nude makeup look was liked by all. Apart from the cover photo Kylie also put a photo in a tight red dress in which she was looking gorgeous as always. The photo was also clicked by the photographer Greg Swales.

This was not Kylie’s only cover photo for the magazine Vogue. Earlier in June, she had appeared on the Vogue Czekoslovakia’s Cover with her Daughter. the cover photoshoot with her daughter was carried out in her house by the fashion photographers Luca and Alessandro Morelli. Kylie and her 2-year-old daughter, Stormi featured in the cover and looked adorable together. The shoot was carried out at their Los Angeles home using iPhone Watch.

Vogue Hong Kong praised Kylie with a post on their Instagram handle. They praised Kylie for achieving far-reaching success by her fashion line and that too just at the age of 22.

When to expect Game of Thrones spin-off House of the Dragon ? Here’s every single detail you need to know.

When will Fruits basket season 2 starts again? Know more about release date of episode 15, cast and other details.