Gadgetsblog
HomeMoviesBill and Ted Face the Music: The Duo of Keanu Reeves and Alex Winter to give us a musical laugh 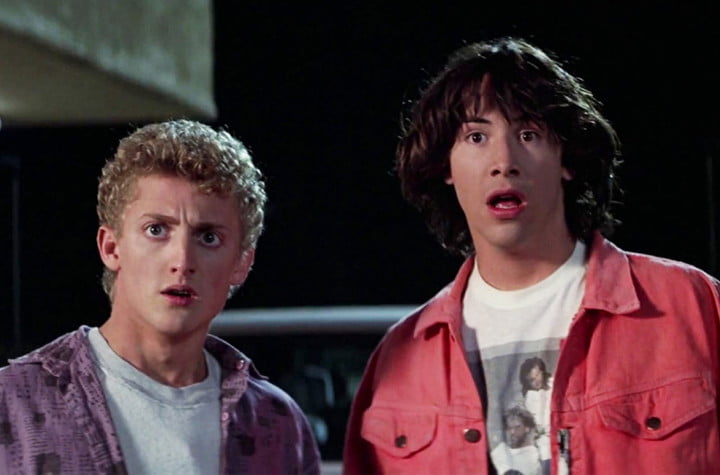 Bill and Ted Face the Music: The Duo of Keanu Reeves and Alex Winter to give us a musical laugh

“Bill and Ted” remember the time travelling dudes from the 90s? Yes, the Keanu reeves and Ales Winter starter science fiction movies series is all set to come back in 2020. The first part of the Bill and Ted (Excellent adventures) came way back in 1989 which was followed by the Bill and Ted’s Bogus Journey in1991. The third part Bill & Ted Face the Music is the upcoming movie of the series and is directed by Dean Parisot. Read the full article to know all about the movie and its release.
Let us have a look at the trailer of Bill & Ted Face the Music.

About Bill & Ted Face the Music:

Bill & Ted Face the Music is a weirdly unrelatable movie at this point in time. Looking at the current world situation no one would ask for a musical comedy, featuring two men, who are on the mission to save the world with their music. So, the plot of the movie goes like this. The two dudes who have an incessant relation with music are offered to save the world with their music. The whole story of the movies revolves around this only. Adding to it the time-travelling feature and the appearance of a Grime Reaper.

William “Bill” and “Theodore” Logan Ted are intimated by a traveller from the future that they need to create a song in 78 minutes. This song is supposed to save life on Earth and the whole of the universe. The monotonous life of these middle-aged Fathers are turned by this prospect and they go on to make a song with the help of their friends, family and music experts.

The script of the “Bill & Ted Face the Music” was ready since 2010 but there were no buyers for it. It took a long time for them to search for producers and finally in June 2019 the fil began its production. The film was slated to release on Aug 21, 2020, but as many movies have seen a delay Bill & Ted Face the Music is no exception. The release of the movie saw a delay by a week as 28 August 2020 is now a new release date announced by the producers. the covid-19 pandemic has halted the process for many in the entertainment industry and no one can be free from it. We hope there isn’t much delay now and everything gets back on tracks soon.