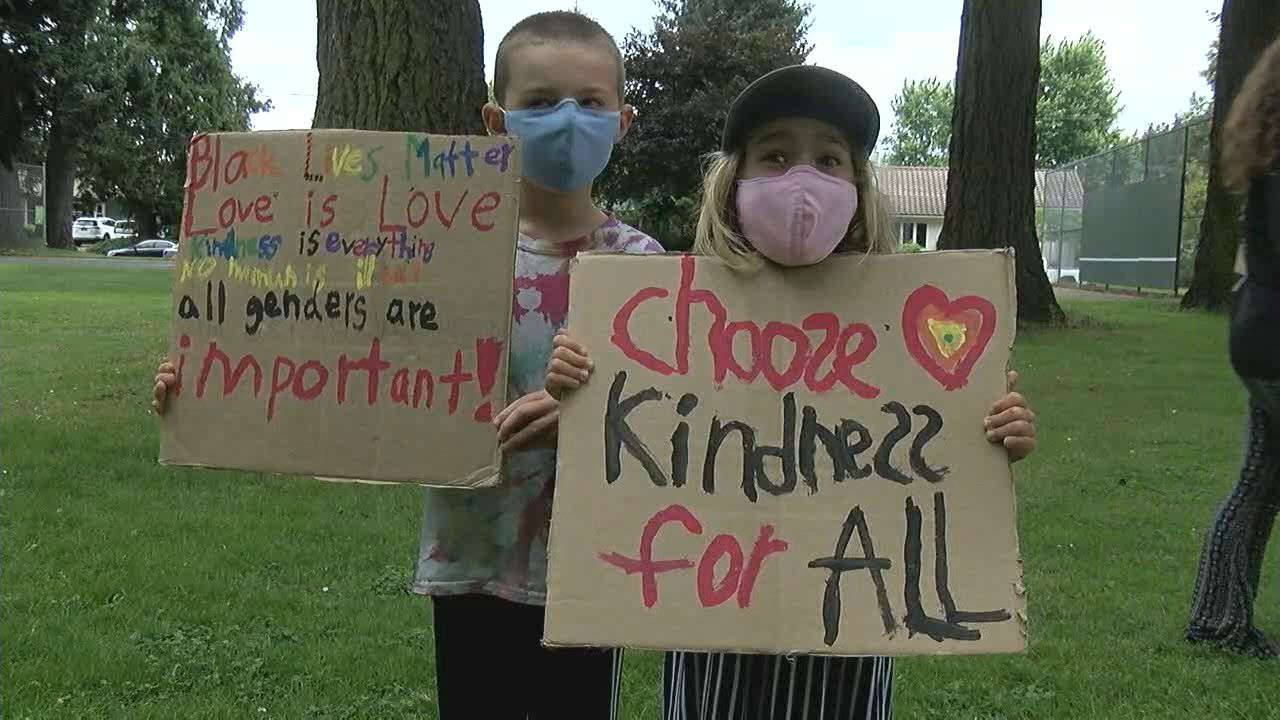 On the night of 15th July, Wednesday, people supporting Black Unity marched out on the streets of Eugene, Oregon. Majority of the march involved small children. The protest was led by Clea Ibrahim of the Black Unity. The march was carried out in the wake of the recent police brutality event and racism in general against black people.

Nearly 200 people participated in the protest. The protestors marched from North Eugene High School up to the River Road while chanting various slogans. “Disrupt not destroy”, a popular slogan of Black Unity group was also chanted. Eugene Police obstructed ramp roads to and from Randy Papè Beltline Highway from River Road. Protesters then headed in the opposite direction, obstructing traffic on River Road. The Organisers claimed that the march was about spreading and increasing awareness about racism faced by black people in the streets of Eugene. 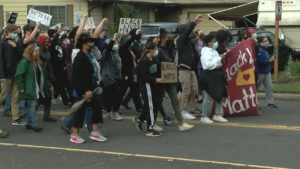 These protests have been carried out in Eugene, Oregan since two moths to attract and spread awareness among people. Racism has been deeply rooted. Even if we do not actively support racism we do passively practice it unknowingly. There are groups in Eugene actively fighting against this undercover racism. The University of Oregon’s Black Student Task Force is one of those. It is the local chapter of the NAACP and the city’s Human Rights Commission. But because covert racism is not as visible or detectable as overt racism, it tends to get overlooked and discounted by those who aren’t directly affected by it.

Since the Police brutality incident which shook the world, there have been a number of protests to support black people. The Black Unity has carried out various protests and reported that they will follow the same streak in the future as well. Its time people start recognizing this and act accordingly.