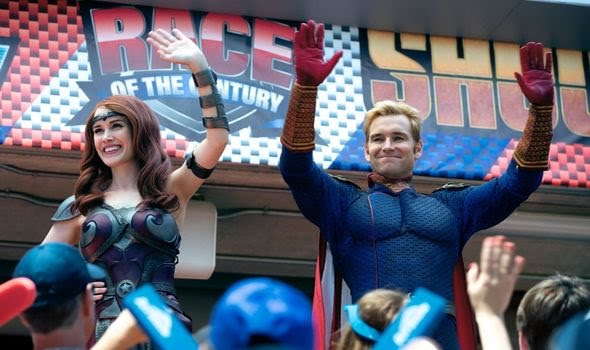 The Boys is one of the most popular and the most watch show on Amazon Prime. It is known as the best Amazon Prime show. It is a superhero show which amazed the fans. Fans really loved the superheroes. The creator of the show is Erike Kripke. After the success of the first season, fans are wondering when will the second season arrive. So, here’s a good for the fans. After the trailer launch in 2019, the release date has been officially announced by the makers. So, we don’t have to wait longer for the release of season 2 and we will soon be able to see our superheroes back on screens.

It’s confirmed! Season 2 of The Boys is going to be released

On 26th June 2020, makers announced the release date of season 2. It is going to be aired on 4th September 2020.  Kripke, the creator of the show revealed that the first three episodes will be out on September 4. The remaining five episodes will go live each week on amazon prime. The final episode will come on October 9.

The cast of Season 2

Almost all the main leads are returning in season 2. It includes our favorite character such as Karl Urban as Billy Butcher, Jack Quaid as Hughie, Erin Moriarty as Starlight, Laz Alonso as Mother’s Milk, Antony Starr as the Homelander and also Chace Crawford as The Deep. Patton Oswalt will also be seen in season 2 in a special role that has not been disclosed yet.  It is confirmed that Simon Pegg who was seen playing Hugh Campbell in season 1 won’t be returning in season 2. Aya Cash will also be seen playing the role of Stormfront. Billy’s dog, Terror will also be seen in a few episodes. Rumors says that the stars who dies in season 1 may also appear in flashback.  Black Noir is also set to play a major role in season 2.

According to reports, Season 2 is going to be more insane and intense. As we know that season 1 ended on a dramatic note leaving many unanswered mysteries. The Supes will be seen hunting for the boys who are running away from the law and order. Hughie, Mother’s Milk, Frenchie, and Kimiko will be adjusting with the Butcher in order to hide and not to be found by anyone. Starlight will try to fix her place in The Seven as Homlelander will try to take complete control. Aya Cash as Storm front will be having her own agenda.

Yes, the new teaser trailer has been released for season 2 which has really made us believe that season 2 of The Boys is worth our wait. We can see the boys run in the trailer. The group hides planning their next move against The Seven. The home lander is back with his tricks. A-Train is still alive and is in the hospital. So, basically, season 2 is definitely going to be way more intense and insane. Check out the teaser trailer below –