Gadgetsblog
HomeEntertainmentWill there be season 3 of The Order? : Season 3 release date, cast, plots, and everything about it.

Will there be season 3 of The Order? : Season 3 release date, cast, plots, and everything about it.

The Order, one of Netflix’s original series is pretty popular so for the second season also. And what’s not to like about the series.

It has magic, werewolf, friendship, love, and just about everything a good series should have.

The first season of series revolves around Belgrave University student Jack Mortan and his efforts to join The Hermetic Order of Blue Rose and all the things happing around it.

The first season of The Order receives a very positive review. And also make viewers guessing what will happen next. The series ends with magicians from the Hermetic Order of Blue Rose wiping the memories of all the werewolf about all the incidents and also about themselves.

The Order’s second season just released on Netflix on June 18. And I have to say it there is twists and turns all over like season 1.

The second season ends with Alyssa been severely injured and jack carrying her in his arm and walking towards the forest.

There hasn’t been any confirmation about the renewal of The Order by Netflix or by any creators. But according to how the second season comes as swiftly after the first we are hoping for season 3.

Still, we cannot be sure about it because there haven’t been any rumors about the renewal of the series either. Also, none of the actors posted any clue about shooting the next season.

But we are staying positive and hoping to see more of the Jack, Alyssa, and the Hermetic Order of Blue Rose.

Even though we are not sure about will The Order be back or not but as we see all the cast from season 1 is reappear in season 2.

We are sure if there will be season 3 the main cast which is Jake Manley, Sarah Gray, Katharine Isabelle, and others will stay. We might be hoping to see new faces also. 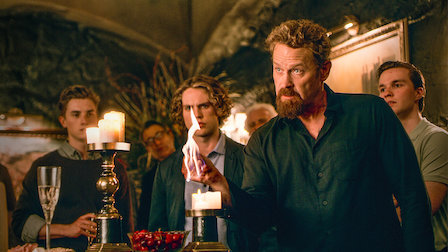 At the end of season 2 suggest Jack carrying Alyssa into the forest with the Vade Maecum so it’s for sure we are going to see more of Jack and Alyssa’s love story.

Even though Vera lost her power in the second season we are expecting it that she will gain it again in season 3.

So, as far as the plot for season 3 of The Order goes we have to wait for the Netflix and creator of the show to suggest to us.