Popular Gamer Ninja Net Worth? Know All About His Career| Life| Relationship| Income and Everything!!!

Contents WHO IS NINJA?EARLY LIFEGAMING CAREERNET WORTHNINJA’S STREAMING SETUPPERSONAL RELATIONSHIPCONTROVERSIES WHO IS NINJA? Richard Tyler Blevins, popularly known as Ninja, is one of the world’s first-ever celebrity popular pro-gamer. The streaming superstar has smashed numerous … 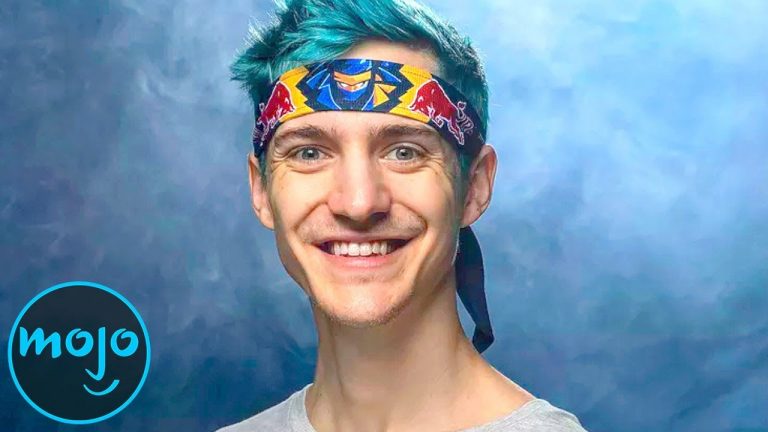 Richard Tyler Blevins, popularly known as Ninja, is one of the world’s first-ever celebrity popular pro-gamer. The streaming superstar has smashed numerous records and has more than 16 million followers on Twitch. He has amassed a huge fortune by playing online games and making a successful career as a gamer.

He was born on June 5, 1991, to American parents of Welsh descent in Detroit, Michigan, USA. His family moved to Chicago when he was a baby. He studied at Grayslake Central High School. After graduation, he decided to take up playing video games as a profession, participated in tournaments, and live-streaming his games.

He was only 19 when he started playing video games professionally after graduating from high school in 2009. However, he was not an overnight success and so he soon went back to college and tried to do everything simultaneously. In 2009 he began by playing Halo 3. Ninja played for various organizations like Renegades, Team Liquid, Cloud9, and lately, Luminosity Gaming in 2017.

He officially became a streamer in 2011 as he played H1Z1 and then PlayersUnknown’s Battlegrounds(PUBG). In the same year, he started playing the then-new release multiplayer online game Fortnite. That tremendously increased Ninja’s Twitch followers from 500,000 in September 2017 to 2 million by March 2018. He is also quite popular on Instagram (@ninja).

A breakthrough point in his gaming career was when he played Fortnite with rapper Drake, Travis Scott, and JuJu Smith Schuster on stream, making it the highest ever viewed individual non-tournament stream on Twitch. He has a big contribution to the success of online games like Fortnite and Halo. Fortnite appreciated Ninja for his excellent gaming skills by giving him his skin in the game. After seeing the enormous success of Fortnite, Electronic Arts paid Ninja $1 million to promote their 2019 release, Apex Legends. As quickly as within a few hours of Ninja talking about the game with his million followers on social media, the game generated more than 10 million signups indicating that the strategy worked.

He left Twitch and began streaming exclusively on Microsoft’s Mixer platform. As per his manager and wife, Ninja wanted to explore his interests more than video gaming, and twitch limited this ability. He wanted to grow his brand outside of video gaming.

He was more than 24 million subscribers on Youtube other than a huge fan base in Twitch and Mixer. However, due to the shutdown of Mixer in July 2020, He streamed on various other platforms and even revealed that he would return to streaming on Twitch after signing an exclusive multiyear deal and streamed on the platform the same day.

Undoubtedly He is one of the first full-time professional celebrity gamers. He was also on the list of  Time’s ‘100 Most Influential People’ in 2019.

Apart from his Twitch earnings, He has other sources of income such as his Youtube channel, Sponsorship deals, and merchandise sales. Ninja’s estimated net worth is approximately $25 million according to Celebrity Net Worth. His exclusive deal with Microsoft’s Mixer was worth approximately $20 million. He once revealed in one of his interviews that he earns over $500,000 a month just from his Twitch subscribers.

A good amount of lucrative endorsements such as his partnership with Red Bull, Walmart, Adidas, and Uber eats also play a role in increasing Ninja’s net worth. He has also starred in a Super Bowl advertisement alongside Michael Strahan and Peyton Manning. Interestingly, the world-famous gamer has also released a book filled with tips and tricks for budding young online gamers called Get Good: My Ultimate Guide to Gaming. He has a Youtube channel in which he usually posts clips and highlights from his online streams. He must have earned around $6 million alone from his Youtube channel since the start of his channel in 2011.

He has a top-notch computer setup for his streams, that consists of two PCs- one for playing games and the other for streaming, best quality gaming gear, lighting, microphones, and camera to create a professional stream. To get those Victory Royales, he uses an Alienware AW2518H monitor, a Corsair K70 Rapidfire mechanical keyboard, a Finalmouse Air58 Ninja CBR Edition gaming mouse, and gets his audio through a Beyerdynamic DT990 Pro headset.

The 29 years old is married to his manager, Jessica Belvins since 2017. Jessica herself is a streamer on Twitch as well as an activist, entrepreneur, and digital personality. She not only manages the Team Ninja Brand brilliantly but has also gathered more than 1 million followers on Instagram and 468,000 on Twitch.

He has said in a statement that out of respect for his wife, he does not play with female streamers to avoid any kind of rumor that could harm his marriage. To this, he received mixed statements. Some people said that this is wrong and that he should encourage female gamers instead of limiting their reach while others supported him by saying that he should do whatever it takes to save his marriage.

In response to his critics, He has reaffirmed his support for gender equality and restated his commitment to his marriage, and mentioned some prominent female streamers by name. Ninja also cleared the air by saying that women gamers are more than welcome to play with him in groups or at events as this would keep the situation in control and can avoid petty issues.

Why is Ninja so popular?
He(AKA Tyler Blevins) was a professional gamer for years, and always streamed during that time too. … While he streamed PUBG and H1Z1 and was slowly growing as a streamer, it was the sudden jump onto Fortnite (and Fortnite subsequent explosion of popularity) that helped propel him to the limelight.
Is Ninja going to quit Fortnite?
Ninja has said he won’t play Fortnite after being targeted and killed by the same individual four times in a row.
Is Ninja retired?

Get more updates and information at instachronicles

You are my spring season 2: Is it renewed, canceled at netflix and all details here you must know that