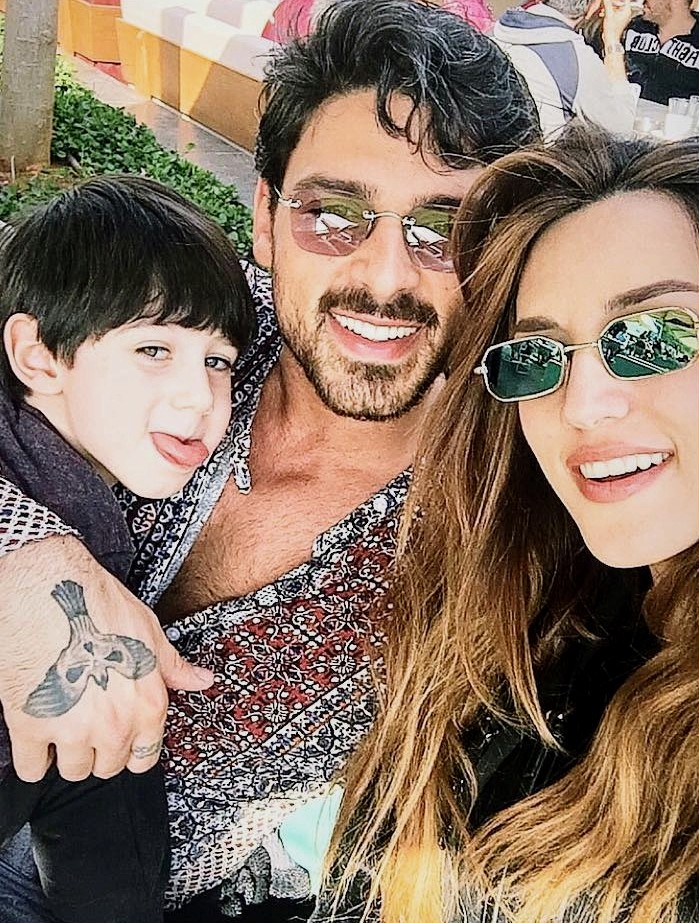 Michele Morrone is an Italian actor songwriter playback singer and a model appearing both for polish and Italian films and series. Apart from ‘365 DNI’, he has starred in movies like ‘The Trial’, ‘Sirene’ and in the Italian web series ‘Media.

In all honesty, the actor was reckoned only by the people of his Italian industry itself, his career took a turn when his latest film ‘365 DNI’ topped the charts giving him worldwide recognition as the character he played, the character that fans favoured so much, the Mafia Massimo Torricelli.

The polish film was released in February 2020 in Italian theatres even though it did not crack the box there, the film created quite a buzz after Netflix released it, all over social media from tik tok to Instagram. The film is based upon a book of the same name by Blanka Lipinska.

As expected, the film bought a lot of fame for the actor Michele Morrone as earlier he acted only in Italian and polish films, giving him a new opening for his international Career. 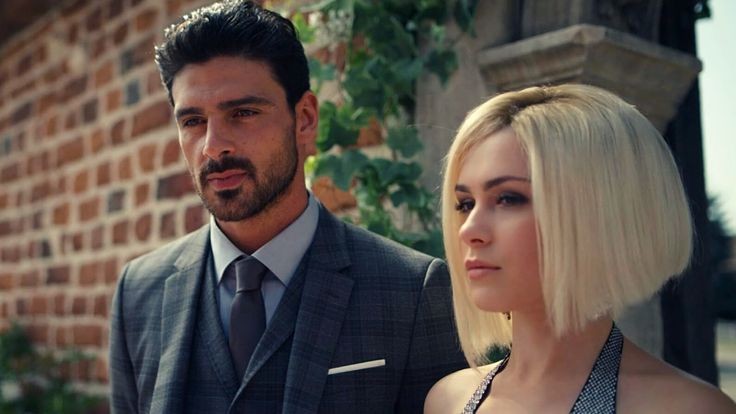 The on-screen Michelle Morrone is a rough guy, a typical rouge, unworthy of love who eventually kidnapped and forced the girl he loved, to love him back, but is Michele Morrone the same off-screen as well?

The actor is said to have two kids, both boys. He is very much active on social media platforms and it can be seen that how much of a loving father he is by his posts, but Michele Morrone Wife and Morrone himself have split, his wife divorced him back in 2018, what exactly was the reason behind their split and who is Michele Morrone, Wife, let’s find out. 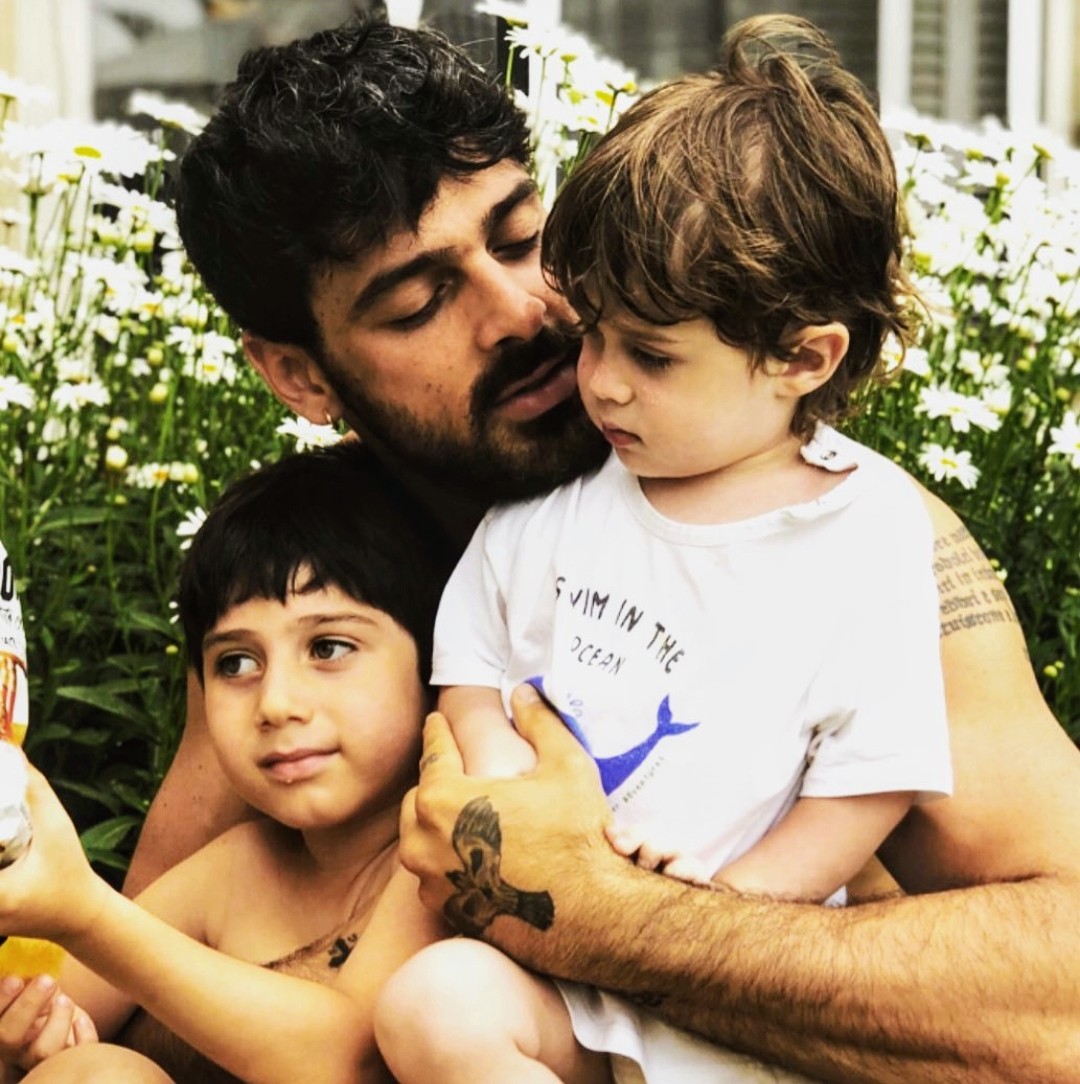 Michele Morrone Wife – who is she?

As of now actor and singer, songwriter Michele Morrone are single but earlier he was said to be married to a fashion designer named Rouba Saadeh. Rouba Saadeh is the founder of “Le Paradis Des Fous”, a lifestyle brand. Born on April 15, 1990, Saadeh was bought up in Lebanon. Her zodiac is Aries. 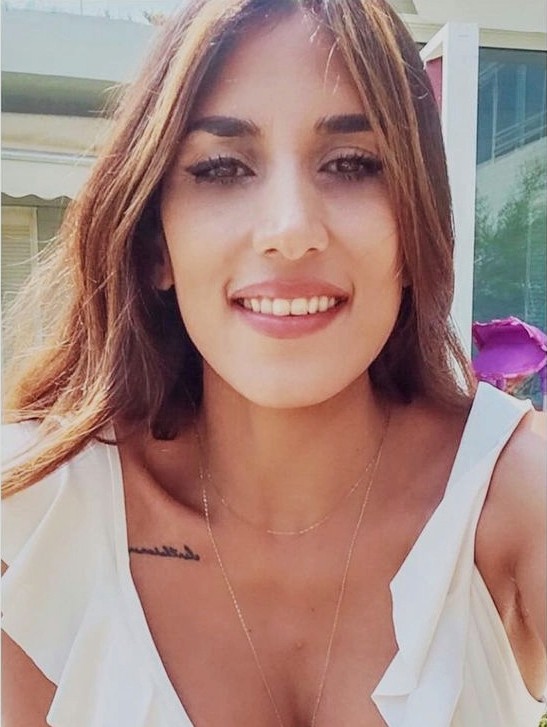 Rouba did her schooling from College Notre-Dame de Jamhour, Baabda. She had a BSc in Graphic Designing and a Master’s Degree in Business Administration from Lebanese American University, Beirut.

For her higher post-graduate studies Saadeh did a Post Graduate Diploma in Fashion Designing from Istituto Marangoni. She also did a summer course in fashion designing from Central Saint Martins, London.

Growing up Saadeh has always been bright girl information about her parents is unknown but she is said to have two siblings a brother named Abir Saadeh and a sister. Rouba was born and brought up in Lebanon and is of Arab descent. She follows Christianity.

The well-known celebrity ex-wife Rouba Saadeh was married to actor and singer Michelle moron back in the year 2014. They decided they were officially married ,not after one year of dating each other in 2014.

The couple had an intimate ceremony in both Lebanon and Italy  with not more than 20 close guests invited. From Saadeh’s first marriage with Michele Morrone, she had two kids both boys, one in the year 2014 itself, Marcus Morrone, and the second one in 2017, Brando Morrone. 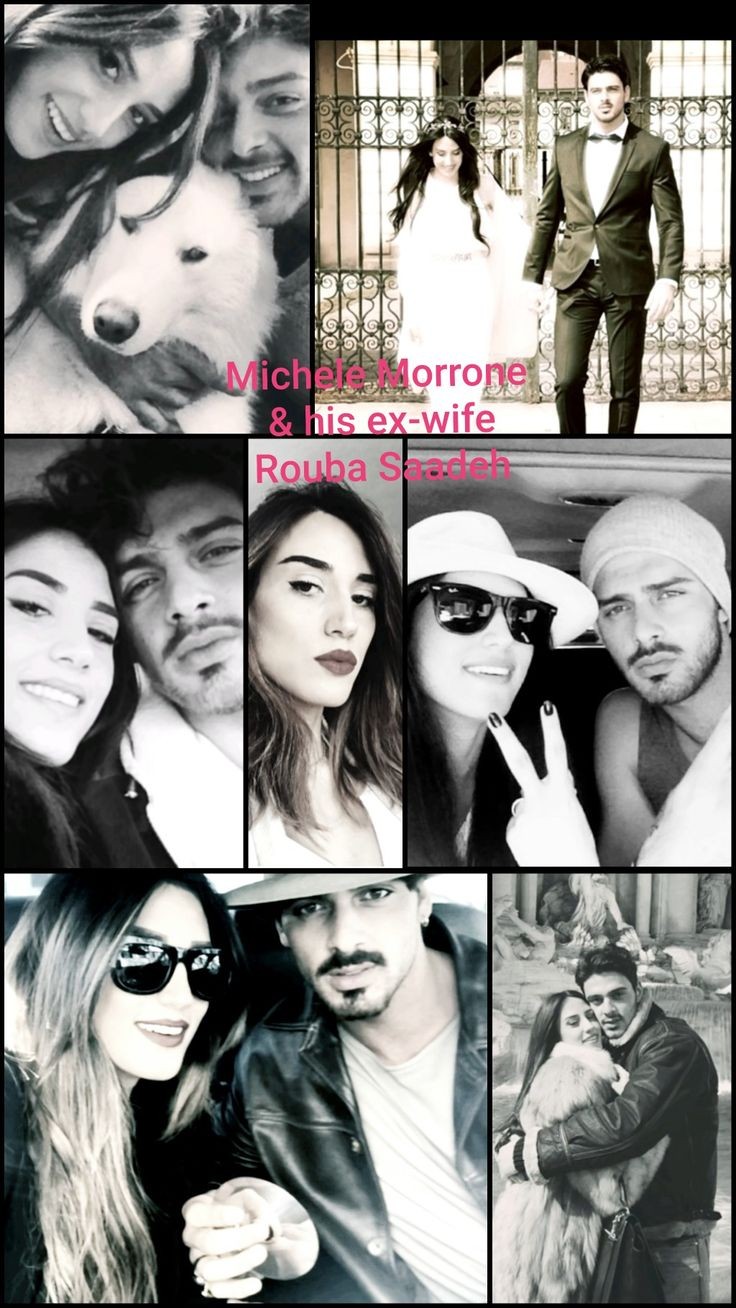 Unfortunately, the couple split in the year 2018 just one year after her second child was born. Michele Morrone Wife, Rouba Saadeh divorced after being together for almost 8 years.

As we already know Michele Morrone Wife Rouba did her schooling at Collège Notre-Dame de Jamhour, Baabda. Held a BSc in Graphic Designing and a Master’s Degree in Business Administration from Lebanese American University, Beirut.

For her higher studies, Saadeh did a Post Graduate Diploma in Fashion Designing from Istituto Marangoni. She also did a summer course in fashion designing from Central Saint Martins, London.

It is clear from this fact that fashion designing is the actual source of income for Rouba, her net worth as a fashion designer stands around somewhere near $2 million. 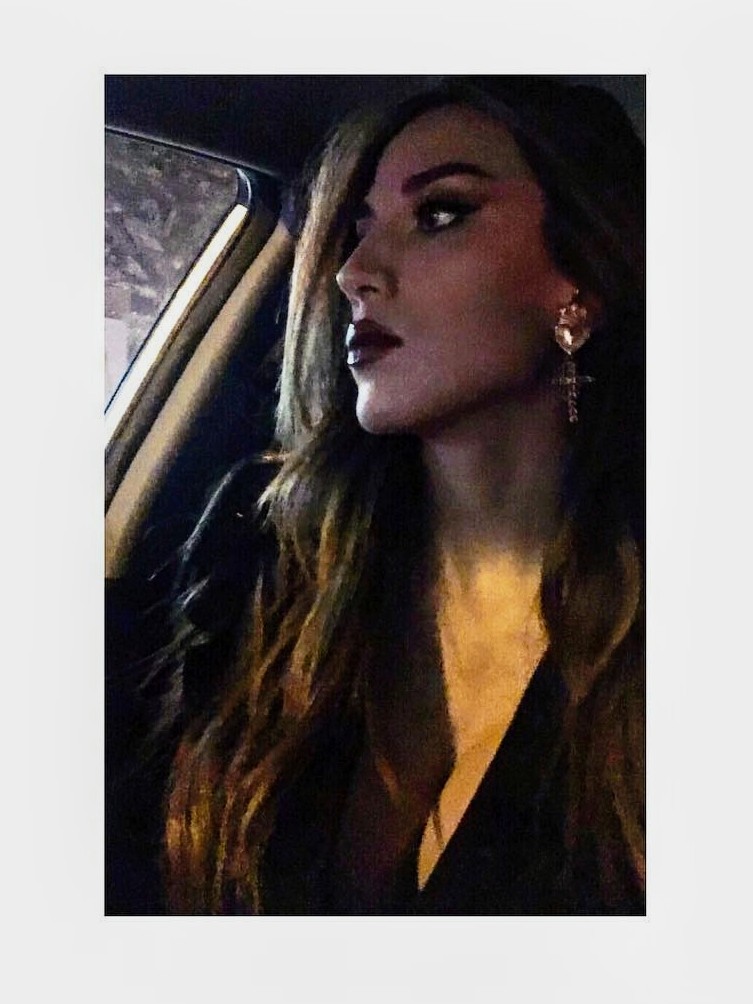 But Saadeh did not start as a fashion designer right away, she began her career as a graphic web designer at Alfa MIC1 in Beirut. After working at Alfa for almost two and a half years, she worked at the label Elie Saab as an assistant for the head of the design team (Haute Couture & Pret-a-Porter) for a few months. In 2013, she opened Les Paradis Des Fous, a designer-based concept store, which is now a renowned lifestyle brand.

In June 2019, she joined Elie Saab again as the senior ready-to-wear coordinator. She also works as a freelance graphic designer.

Saadeh likes to spend her free time with her children or hanging out with her friends and family. She is multilingual and knows a lot of languages namely Arabic, English, French, and Italian.

Michele Morrone and Michele Morrone Wife Rouba Saadeh divorced back in the year 2018 after being married for almost 8 years. During their divorce, they agreed to the mutual consent of their kids. From Morrone’s social media account it is clear that they both take their turns in nourishing their children.

But what was the reason behind their split?

The Italian actor recently opened up about his depression on one of his Instagram lives, which was the actual reason behind his divorce. He clearly mentioned that he had taken some time off acting to cure his depression which he was struggling so much with. Not that he was a weak man but he could not keep his family happy thus leading to the decision of their divorce. He also had some major financial problems. 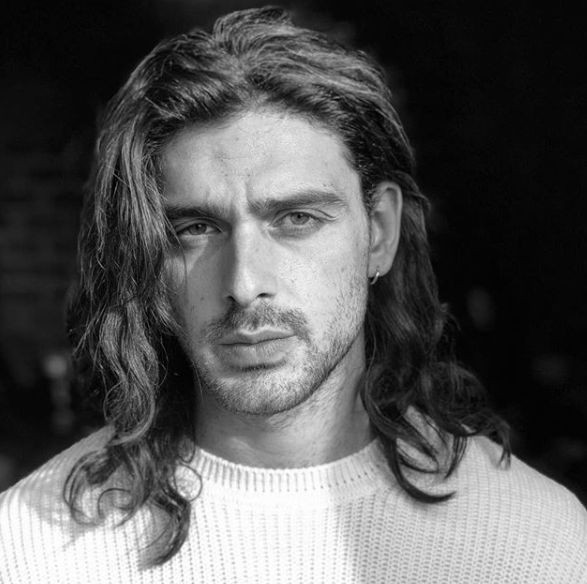 Morrone also mentioned that during the time he was struggling with his depression he retreated to the outskirts of Italy in a small village to heal himself where he worked as a gardener. Michele at one of his interviews, also mentioned that before he started acting he worked at a small restaurant as a steward.

Morrone returned to his acting line shortly after due to his immense interest in his field of work and eventually started with theatre plays, later he packed himself with roles in some Italian and Polish films, one of which earned him his goodwill. 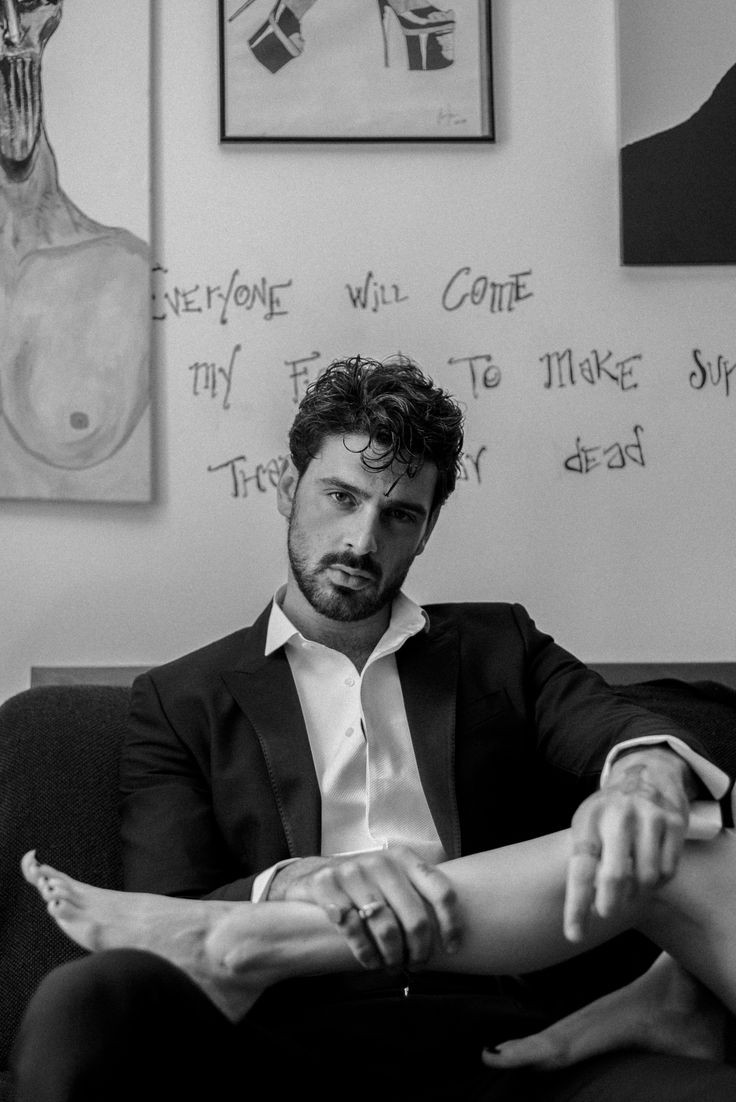 ‘365 DNI’ not only took a turn for his career, but he also developed a love for singing at this time as well. Some of his singles like ‘Dark Room’ and ‘Feel It’ have been major hits.

As of now, Morrone is single with no intention of getting married, he is said to be in touch with his ex-wife Rouba Saadeh for the sake of his two sons.