Gadgetsblog
HomeEntertainmentTravelers Season 4: CANCELLED ! Announces actor Eric McCormack with a TWEET ! How did the " Travelers " fail to protect the future of the show?? 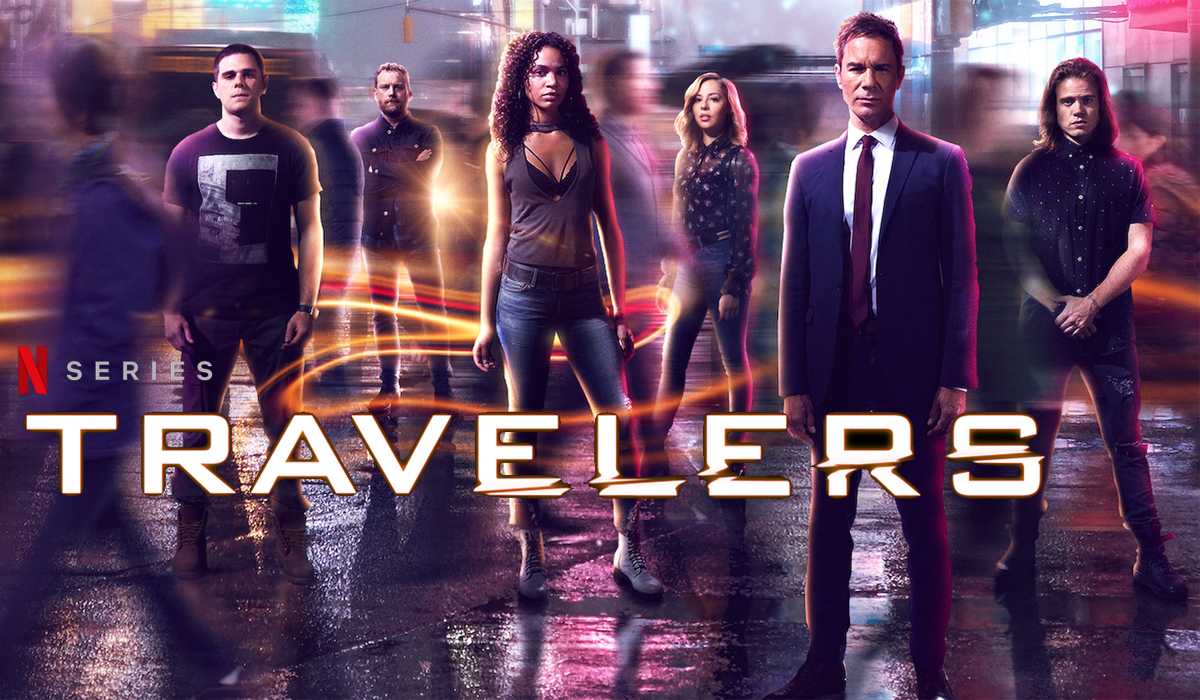 Travelers Season 4: CANCELLED ! Announces actor Eric McCormack with a TWEET ! How did the ” Travelers ” fail to protect the future of the show??

Travelers season 4 will not be airing as the Canadian Television series has now been canceled. The annulling of the show was announced by actor and star Eric McCormack over a heartfelt tweet which left the fans speechless as their expectations over the show had already been raised after the finale of the last season, the Travelers Season 3.

Solo Leveling Season 2: Know the reasons why we love solo leveling season 2 and all things about the released date and much more —

Travelers had been on the run since October 17, 2016. The show originally streamed on Canadian specialty channel Showcase, by creator Brad Wright for its first two seasons, which is owned by Corus Entertainment.  It was Netflix that was seen taking over its actual production unit. The show premiered worldwide on December 23, 2016, with a   second season followed in 2017, along with a third season, which was released on December 14, 2018. In February 2019, McCormack announced that the Travelers season 4 will not be airing, the show will not be getting a renewal.

The show had grown a huge fanbase over the past few years. With the mysterious season finales that it dropped at the end of every season, the show had grown on the audience in a good way, this was why fans were devastated when actor McCormack himself announced that the show will not be getting a new season.

So, what caused the creators to annual this paragon of a show. Let’s find out now!

Travelers have always left the audience with much-desired mystery whenever the show hit its finale. Unlike the other sister shows, that go down the hill and weaken along their way to the end, Travelers had always left an impact at its endings, which lured the audience into wanting more. 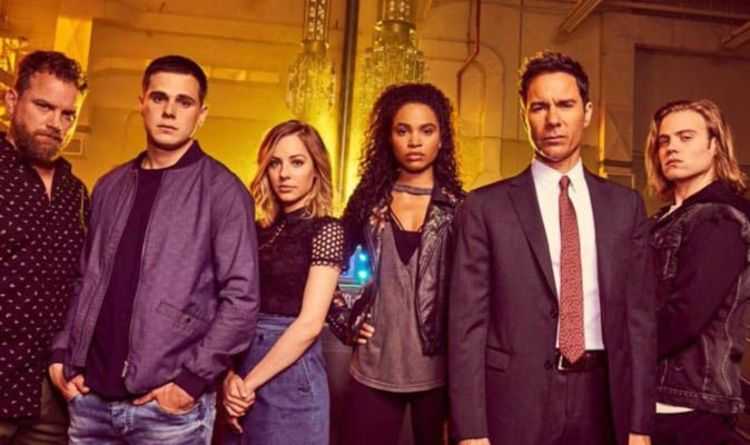 Created by Brad Wright, the show is a highly absorbing sci-fi thriller. It is bound to leave the viewers with questions about the entirety of the story. Part of the challenge is to understand the mechanics of consciousness transfer which the show posits along with its associated terms like nanites, quantum frame, space-time attenuators, quantum entanglement. But more than the engaging narrative are the stark reminders of how bleak our future will be if the right steps are not taken at the present moment, that show has never managed to let its audience down.

The starting of the show is constructed in almost hundreds of years in the future, where the last surviving humans discover how to send consciousness back through time, into people of the 21st century, while attempting to change the path of humanity, that has long been destroyed by those humans themselves. These Travelers assume the lives of seemingly random people, while secretly working as teams to perform missions to save humanity from a terrible future.

Travelers is a Sci-Fi TV show with the premise of time travel as a backdrop. There is a team of 5 travelers, on the run to save their future. Each team consists of a Historian, a Medic/Doctor, two soldiers, and one leader. Their consciousness is transferred to a random person of the same sex as the person from the future. They inherit and pretend to live the life of their host while working on their mission, with the fact that if they die in the body of their host, their core perishes off as well. 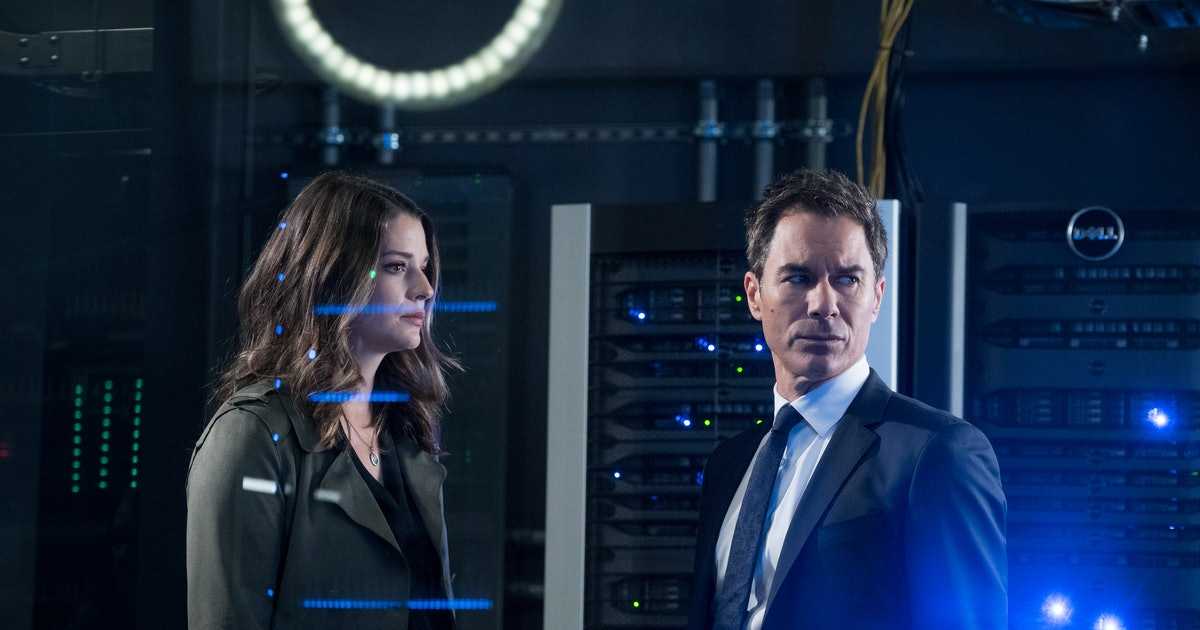 The show is a mix of seasoned fictitious directors and relatively new writers, which gives it a suitable blend of freshness and assurance. Well most of the time, shows with the time travel conceit is hard to find, with a fresh take that is since they have been around for so long and are exceedingly heavily minded, but Travelers has some attention-grabbing flourishes and fine acting, it’s entertaining and engrossing, fast-moving, and addictive enough that one is willing to ignore some of the flaws in its logic, and there are a lot of flaws here and there, as is often the case with a time travel show.

The entire show has a character-driven plot,  the best thing about the show is that the characters develop over time and make logical choices for their established personality, instead of bending to the needs of the plot.

The casting of the show is equally packed with some marvelous actors on the screen, and throughout the entirety of the show, there has been an indulgence of various new characters which have left scope for the upcoming new faces to showcase their talents.

The main cast of the show includes : 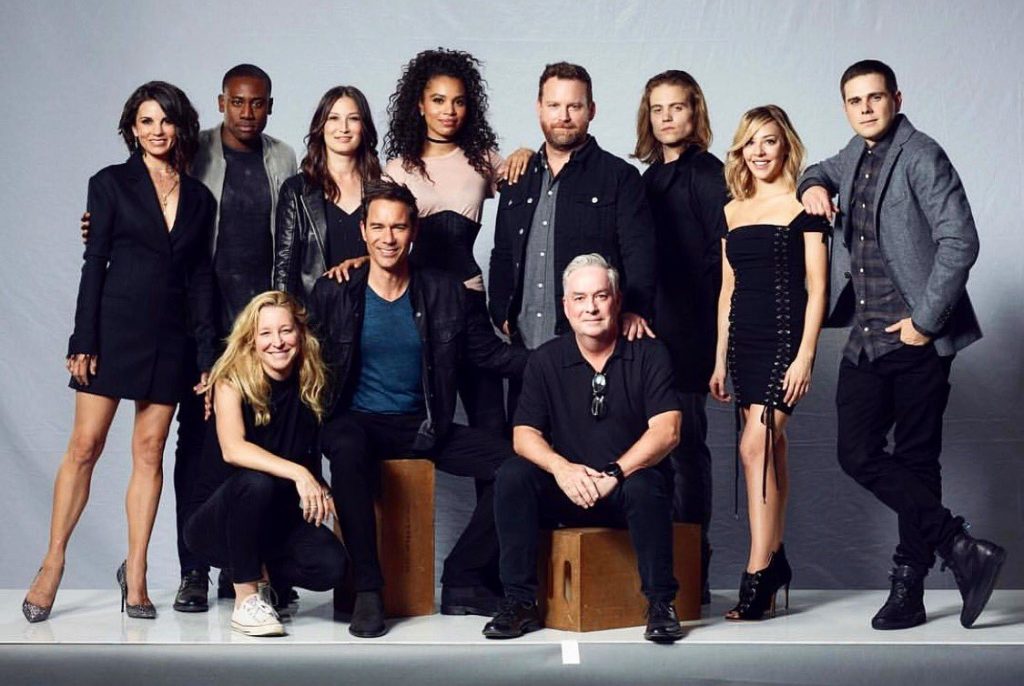 Travelers Season 4: Why was the show canceled?

The shows’ cancellation was announced by actor Eric McCormack (who plays Grant Mclaren) on his official Twitter handle on February 1, 2019, without revealing the actual causes as to why the show was canceled. Earlier, in 2018, the show was canceled by its original network Showcase, after which Netflix took the controlling rights over the show and broadcasted the show for  3 seasons.

Although the first two seasons of Travelers aired on Showcase in Canada, Netflix joined forces with the Canadian Network Showcase to stream the show everywhere else. After the premiere of season 2 on the streaming service, Netflix crowned Travelers as one of the top 10 “shows we devoured” (where people watched for more than two hours a day) in 2017. But, as McCormack made clear in his video statement on Twitter, there won’t be any new episodes of Travelers for now.

Well, fans were devastated with the news itself, and after a spectacular finale deliverance of season 3, they have been left wanting more. Questions have been raised as to why it was canceled and if it was the end of the show, then “what a jaw-dropping end it was!”. 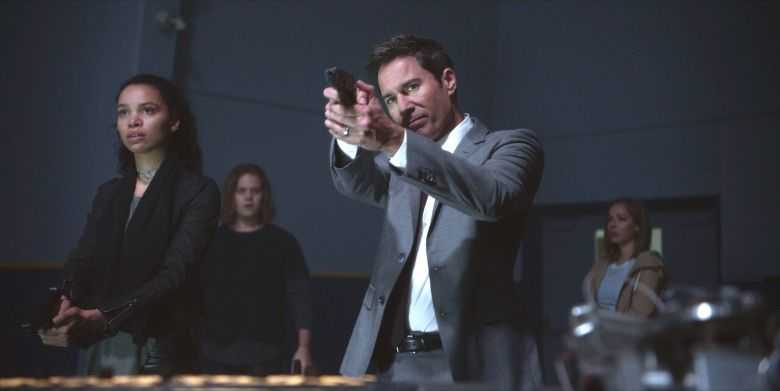 The creator of the show Brad Wright admitted that the show will not be continuing any further, and the reason? It’s because after the season 3 finale, if the show were to return then it would be featuring an entirely new arc, with no connection to its current script. With the ending of season 3, all the possibilities of their future theme were covered by “The Operation Omega” arc, and to some extent, it was a pretty acceptable ending, but after topping the charts and landing with an 8.1 IMDb, that ending did not seem to go down well.

Well for now “Travelers 1” is completed, with no intentions to be renewed and if it were, then that’s a future we will leave Team 5 to decide on.

(1) Why is Travelers Season 4 not coming back?

(4) If Travelers season 4 were to return, then when?

Do for more amazing updates and details visit Instachronicle! 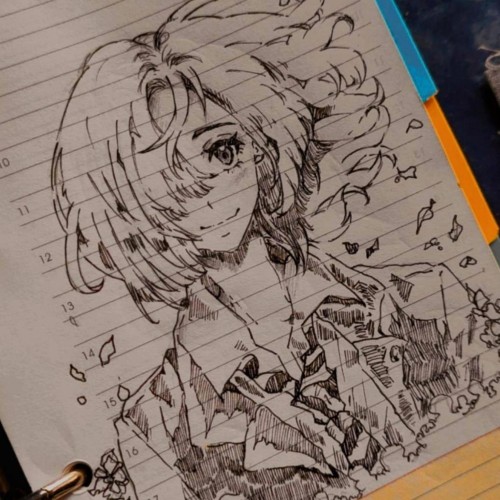