Contents TOM MACDONALDEARLY LIFEPHYSICAL APPEARANCECAREER AND NET WORTHTOM MACDONALD’S RELATIONSHIP TOM MACDONALD Tom(Thomas) MacDonald is a Canadian rapper, singer, and songwriter as is also a former professional wrestler. He has made his place in the … 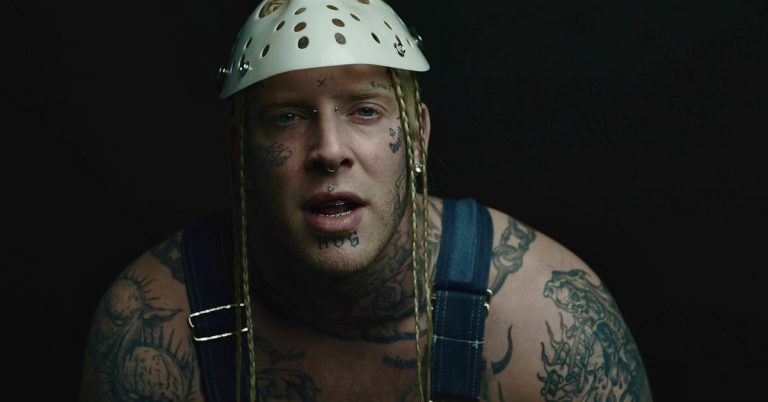 Tom(Thomas) MacDonald is a Canadian rapper, singer, and songwriter as is also a former professional wrestler. He has made his place in the rapping industry with his talent alongside famous rappers such as Eminem. He is one of the top musical artists right now. He is a social media sensation who always gets mixed reactions to all his music videos. This sensational artist has over half a billion Youtube views and over 100,000 albums that were exclusively sold directly to fas on CD.

He was born on September 21, 1988, in Vancouver, British Columbia, Canada. So his zodiac sign is Virgo. His mother’s name is Lee-Ann MacDonald but his father’s name is unknown. Although he was born and brought up in Canada, he is ethnically Caucasian. Tom MacDonald also has a sister who recently got married. Tom MacDonald was always interested in music and rapping since he was a small child. Tom MacDonald has not said anything much about his childhood but is believed to have done his high schooling at a local school in Vancouver.

Tom MacDonald is an astonishingly tall and handsome hunk who is 6 feet and 1 inch tall with an athletic body shape and tattoos all over his body. He has blonde hair and blue eyes with an intense-looking personality.

CAREER AND NET WORTH

He is known as a famous rapper all over the world but what many people might not know is that he was a pro wrestler from 2004-2009 for the Real Canadian Wrestling. He identified his great wrestling skills at the very young age of 17 and participated in the Pay Per View show in WWE with other known WWE Superstars. Tom MacDonaldfought under the ring name ‘Allstar’. He was also quite active in a bi-weekly TV show in Alberta. He had a successful wrestling career but after some time he realized that his passion for music is much more than that for wrestling and therefore quit Wrestling to pursue a career in the music industry.

So he began rapping in 2009 and initially, he worked on all kinds of hip hop in music. He was still trying to find the genre he was good at. His first Youtube video was “Wannabe” which was released in May 2014  got 3.6million views and in the same year, he also did another song called “Tom MacDonald-Dear Rappers” which received more than 500,000 Youtube views. Then on, he did not stop.

He is genre is mainly hip-hop although he has also done a few diss tracks like that about Mac Lethal.  The most interesting thing about his videos is that he always aims at important social subject matters such as drug abuse, racism against black people, etc. However, most of his videos have also received criticism and backlash from people due to inappropriate content. For instance, Tom MacDonald was praised for his songs ” “Whiteboy”, “Cloned Rappers” and “Straight White Male” but also heavily criticized for their offensive subject matter and the cheesy tone of the lyrics.

In fact, Tom MacDonald recently released the singles “Coronavirus” and “I Don’t Care” in March 2020 the former of which was based on the coronavirus pandemic. That too was heavily objected to by many because of its factual inaccuracies, weak analysis in its lyrics, and misleading verses. Whatsoever, his single “Fake Woke” debuted at number 96 on the Billboard Hot 100 in February 2021 proving him to be a significant talent in the Hollywood music industry. Tom MacDonald is undoubtedly a fierce young rapper who is constantly trying to compete with other artists and is not afraid to face them.

Tom MacDonald stated that legends like The Beatles, Pink Floyd, Aerosmith,  Led Zeppelin, Eminem, Janis Joplin, Sabbath, and Joe Cocker are his biggest musical inspiration. It is not a hidden fact that he is a huge fan of rapper Eminem and according to him, Eminem is a prolific and all-time best rapper ever and it is because of him that he started rapping in the first place. And a few days ago there were news headlines about Tom MacDonald purchasing Eminem’s new original beat “Stan’s Revenge” as an NFT for $100,000. He also rapped over the beat in his latest video “Dear Slim”. The video picks up where Eminem’s “Stan” video left off. Tom not only portrayed Eminem’s most iconic character, but he also writes a stark letter to Slim in the visual. This video has been produced by Eminem.

Tom’s net worth is approximately $700 thousand. His primary source of income is rapping. He is also very active on social media.

Tom has always been very open about his relationship with his girlfriend Nova Rockafeller. Nova is a rapper, director, and producer who has over 35,000 followers on Instagram and she has also directed many of his videos. They have been happily dating since 2017.

What is Tom MacDonald’s story?
He was once a professional wrestler before ditching fighting for music. He has matured with time as an artist and has attracted more and more fans on YouTube. Many people like his music because he addresses social ills such as drug addiction, racism, and discrimination.
How did Tom MacDonald get famous?
He is a Canadian rapper and media personality with a large fan base. He became famous after releasing his first track “Helluvit” in 2018. As of now, the star boasts of more than 500k YouTube Subscribers and over 140,000 Instagram Followers.
Is Tom MacDonald A Millionaire?
Introduction. As of 2021, Tom’s net worth is approximately $100 thousand. He is a social media personality and rapper from Canada. He has more than 1 million YouTube subscribers.
What does Tom MacDonald’s forehead tattoo say?
The forehead tattoo says “Life and Die in a Dream”.
Also read about-

A white man traveling in a London underground provokes black males until he ends up unconscious due to a punch!

Get all updates and more news only at instachronicles.

JAMIE LYNN SPEARS SO TEARFULLY TALKS TO DAUGHTER, HOW IT EFFECT HER!