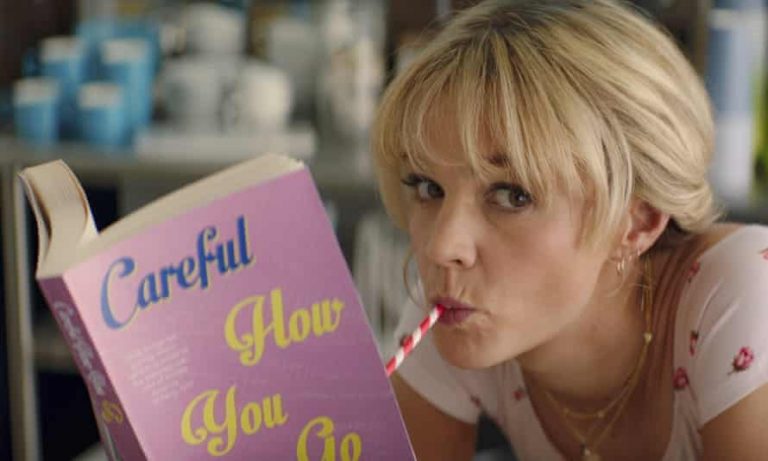 Nowadays, we can see the shift of entertainment hubs towards women empowerment and spreading the message of equality. Coming up with a controversial topic Emerald Fennell has released a movie ‘Promising Young Woman’ in January 2020 which takes up the discussion of revenge by a female. Carey Mulligan can be seen as the lead character in the movie.

The viewers can find a diversified set of genres consisting of comedy and thrill. The idea behind the story is the incidents happening with women which are not at all justified. The film has got five nominations for Oscar in the year 2020. Promising Young Woman was delayed due to the pandemic and was finally premiered at the Sundance Film festival.

About the main character

Cassandra is a 29-year-old dropout woman who opted for medical sciences. She has been living with her parents and is currently working at a coffee shop. She can be said as a woman with no clear ambitions, not much social life, and hobbies. Cassie is a sort of slaggy and undetermined person with no life goals. She can’t even stand on her feet financially. She goes to a nightclub every week alone and tries to act drunk.

While her act of being drunk, a man offered her help to take her back home. However, the man had wrong intentions and wanted to get the most of the situation by taking her to his own place instead. The group took her to their place and started stripping off her clothes when to their surprise Cassie asks, “What are you doing?”.

Seeing the trailer and overview of Promising Young Woman, one can easily guess the movie centers on the idea of feminism and events taking place in a woman’s life showing the bad mentality of men. However, Cassie is also not portrayed as a woman with ethics and life goals. She is messy who does things in her own fashion.

Various other female characters in the film are also shown dumb who didn’t take any action on witnessing the incident. Starting from the college dean who didn’t look into the assault matter to the friend of a victim who was raped none responded to the situation. The story hits the correct notes and the tune it passes into the world is amazing.

What does the director say?

Emerald Fennell, the director, and writer of Promising Young Woman said, “It’s a huge part of hook-up culture, regrettably and there still isn’t that much opprobrium on people who sleep with very drunk girls. It was absolutely commonplace when I was growing up, I think probably in most places it still is. I hope it’s getting better; I still think a lot of people haven’t thought about the stuff we discuss in this film very deeply, or they haven’t thought about that kind of soft coercion that we often see.”

The director said about Cassie’s character that there are times when we all are messed and do things in the wrong fashion or commit mistakes that we weren’t supposed to. So, the main idea is to show every possible outcome. She also added that the movie Promising Young Woman might stir up the men mentality making them realize the mistakes they take for granted and are normalized in the world.

The motive of Promising Young Woman is to break the ceilings of the culture that has been prevailing in the society since long giving privilege to men.

The controversy of Promising Young Woman

Mostly the film Promising Young Woman received positive reviews but few changed the course of our perspective towards the movie. The character of Cassie is loved by many yet few believe a different role would have been better for the movie. The actress wasn’t praised by some to which Mulligan responded that it’s not what someone should focus on in the movie.

Though, she received an apology from some of the critics and said in a video interview, “I was really surprised and thrilled, and happy to have received an apology. I kind of found it moving, in a way, to have drawn a line under that in a good way.” However, it was again said that the actress misinterpreted the criticism.

Emerald Fennell received a lot of praise for her movie Promising Young Woman and was enlisted in one of the best directors. It was said that the idea of Promising Young Woman should be encouraged and more such movies should be released as there’s so much to talk about the social issues and some personal issues which have been ignored till date. Fennell also got nominated for the best director at Golden Globes.

Talking about the impact of the movie Promising Young Woman, the film succeeded with its issue which was clear enough for the audience to understand while few could also resonate with them. However, as Fennell said that people are many times afraid to accept the truth that they have been a part of something worse and they are the creators of it. This only surpasses the situation and they learn nothing from it which should be taken care of.

CODY JAMES REEDY – WHO IS HE? | IS HE ALIVE OR DEAD? | WHY NCIS HONORED HIM? EXCLUSIVE NEWS!!!

Q: What is the rating of Promising Young Woman?

Q: Who is the writer of the movie?

I hope this was helpful. That’s all about Promising Young Woman. Stay tuned for more information regarding movies!

Steve-O Preps for ‘Jackass 4’ by Getting Paralyzed from the Waist Down, Diving into Pee, and More