Hollywood Star Tom Cruise- Is He Married or Divorced???Exclusive Details About His Lifestyle| Career| Relationships and More!!!

Popularly known for his performance in the ‘Mission Impossible’ movie series,  we can all agree on the fact that famous actor Tom Cruise is almost every girl’s crush since he began acting. His charming looks … 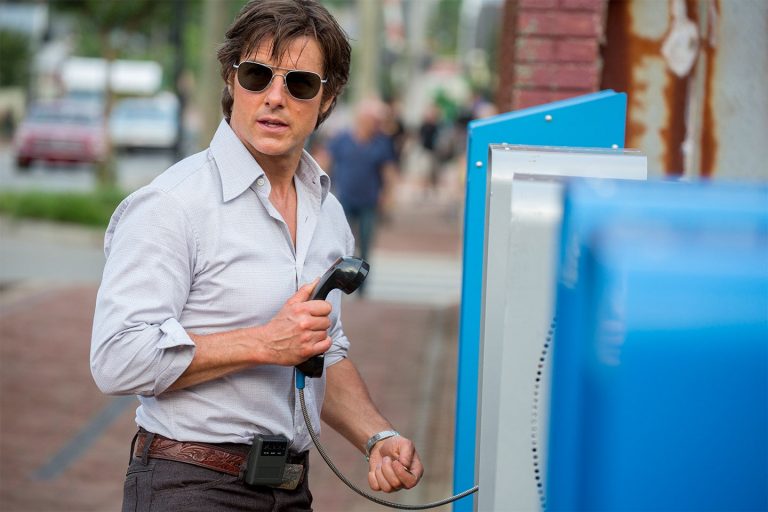 Popularly known for his performance in the ‘Mission Impossible’ movie series,  we can all agree on the fact that famous actor Tom Cruise is almost every girl’s crush since he began acting. His charming looks and amazing acting skills have made him one of the best-known American actors in the world who has won several awards during his entire career and continues to work harder than ever. We may know all about his actions on the work front, but many do not know much about his personal life. So let’s try to know more about Tom Cruise closely.

Tom Cruise was born as Thomas Cruise Mapother IV on July 3, 1962, in Syracuse, New York. His father was Thomas cruise Mapother III who worked as an electrical engineer and his mother was a teacher named Mary lee. Tom Cruise has three sisters- Marian, Lee Ann, and Cass. His childhood was spent in poverty before his family moved to Canada for his father’s job as a defense consultant. He went to Robert Hopkins Public School in Ottawa and began taking part in dramas since he was in fourth grade. He graduated from Glen Ridge High School in Glen Ridge, New Jersey.

His parents got divorced and his mother along with their four children moved to the US but soon after that, his father died of cancer when Tom was 22 years old. He continued doing plays and dramas throughout his schooling period, however, he wanted to become a priest before he was interested in acting. Tom cruise moved to New York at the age of 18 to pursue his career in acting with the support of his mother and stepfather Jack South.

He started his career by working as a busboy, auditioning for several television roles, and then after signing with CAA(creative actors agency) he got roles in films. His debut film was ‘Endless Love’ in 1981. He did small supporting roles in movies like Endless Love and The Outsider until 1985 when Tom Cruise rose to fame after acting in the movies All the Right Moves and Risky Business, known as “A Generation X classic”. That was the breakthrough point in his acting career. 1986’s ‘Top gun’, Tom Cruise had already become a superstar.

While his superhit films like Rain man, Jerry Maguire, Magnolia, and Mission: Impossible 2 won him many accolades such as Academy Award for Best Film, two Golden Globes, two nominations for Academy Award, and an MTV Movie Award, Tom cruise was also nominated for razzie Award for Worst Actor for the movie Cocktail. According to sources, it is his worst-rated movie to date. Tom Cruise received a lot of appreciation for his fantastic performance as a paralyzed Vietnam War veteran in the movie Born on the Fourth of July(1989) for which he won- a Golden Globe Award for Best Actor- Motion Picture Drama,  Drama, the Chicago Film Critics Association Award for Best Actor, the People’s Choice Award for Favorite Motion Picture Actor, a nomination for BAFTA Award for Best Actor in a Leading Role, and Cruise’s first Best Actor Academy Award nomination. Then he did two commercially successful films Days of Thunder and Far and Away, with his then-wife Nicole Kidman as his co-star.

Recently in 2020, it was announced that Tom Cruise will reportedly be starring and producing the first ever movie shot in outer space. As a part of a future Axiom Space mission in a SpaceX Dragon 2 spacecraft, Tom Cruise along with the director, writer,, and co-producer of the movie, will fly to the International Space Station. If this would actually work out, then it will be once in a lifetime opportunity for an actor to get in his entire career.

Tom cruise had a string of relationships with many high-profile actresses all these years. A few of his high-profile relationships were with his Vanilla co-star Penelope Cruz, Heather Locklear, Melissa Gilbert, and Cher. However, he married his first wife Actress Mimi Rogers on May 9, 1987 but did not last long and they got divorced on February 4, 1990. It is said that she introduced him to Scientology.

Tom Cruise then met his second wife, actress Nicole Kidman on the sets of their film Days of Thunder. the couple even adopted two children- a daughter named Isabella Jane and son Connor Antony. But after eleven years, this marriage also ended up in divorce on December 24, 1990.

Nevertheless, with a positive spirit, tom Cruise was dating Dawson’s Creek actress Katie Holmes in 2005 and by October 2005 they announced their pregnancy with daughter Suri followed by their wedding in 2006. But Tom Cruise’s third marriage also ended up in a divorce in 2012 after six years of marriage. they co-parent their daughter Suri.

If sources are to be believed, Tom Cruise is currently dating his Mission: Impossible 7 actress Hayley Atwell and they hit it off right from the first day of shooting.

In May 2021, Tom Cruise took action against some controversy regarding the system followed by Hollywood Foreign Press Association (HFPA). Apparently it has been facing a lot of backlash from people and the Hollywood Fraternity for the absence of diversity as there are no black members as the winner of the awards. The event is a very popular award function held annually. Due to its lack of diversity, many production houses and firms have cut of ties with the organization. In fact, as a mark of protest, tom Cruise gave back his three Golden Globes awards. This shows his support for his fellow black artists.

Is Tom Cruise a billionaire?
There are conflicting reports about Tom Cruise’s net worth. A 2017 report by Forbes listed Cruise as the 52nd highest-paid celebrity in the world with a net worth of $43 million. However, Celebrity Net Worth estimates that he is worth $600 million with a salary of $50 million per year.
What disease does Tom Cruise have?
Cruise struggled with dyslexia at an early age and has said that Scientology, specifically the L. Ron Hubbard Study Tech, helped him overcome dyslexia.
Who is Tom Cruise with now?
Tom Cruise has reportedly found love in a pandemic with Hayley Atwell. A production source told the Sun that Cruise, 58, and Atwell, 38, started dating after meeting on the set of “Mission: Impossible 7,” saying the pair “hit it off from day one.
Read more articles like this:

UNPLEASANT NEWS: FANTASTIC BEAST 3 HAS BEEN DELAYED: KNOW ALL THE UPDATES HERE!

the disastrous life of saiki k season 4: Did Netflix Renew The Anime? Official Release Date Out?